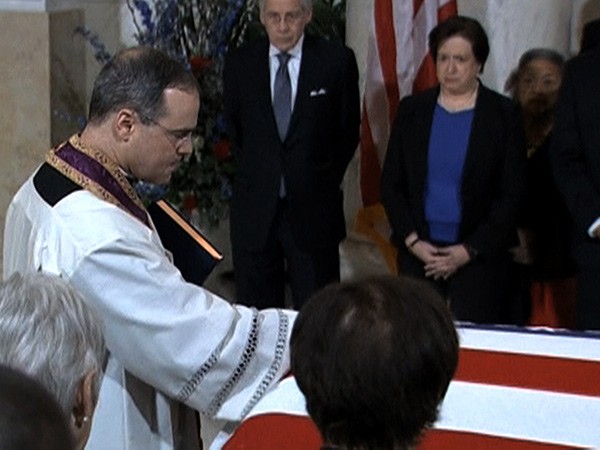 BOB ABERNETHY, host: This week the nation has been remembering Supreme Court Justice Antonin Scalia, who died unexpectedly last Saturday (February 13) while on a hunting trip in Texas. We wanted to take a closer look at Scalia’s legacy and the impact his death may have on some key upcoming cases. With me are managing editor Kim Lawton and our legal correspondent, Tim O’Brien.

Tim, what was his effect on the court?

TIM O’BRIEN: Oh, it was enormous. He was a deep thinker and a great writer, and he had an enormous impact on the thinking of his fellow justices and the thinking of the people who follow the law and follow the court. Now many of the cases that come before the Supreme Court are not controversial. They’re not ideological. But the issues that split the country, the socially divisive, politically contentious issues, they split the court five to four, and he made a huge difference. His vote will be lost. For conservatives, that’s a big loss.

KIM LAWTON: Well, on abortion he was an opponent of abortion, not he said because of his Catholic faith per se, but because when he looked at the Constitution he didn’t see a right to abortion there. And we’ve got this big abortion case coming up next week.

O’BRIEN: March 2, and he won’t be there. He said the Supreme Court, the Constitution has nothing to do with abortion and that should be left to the states. He was a very strong influence on religion cases. He favored more government accommodation of religion. That’s one of the issues that would split the court five to four.

LAWTON: And we have a couple of cases along those lines this term still coming up as well.

O’BRIEN: Sure, the Little Sisters of the Poor challenging the contraception mandate in Obamacare.

LAWTON: And evangelical groups are also part of that. 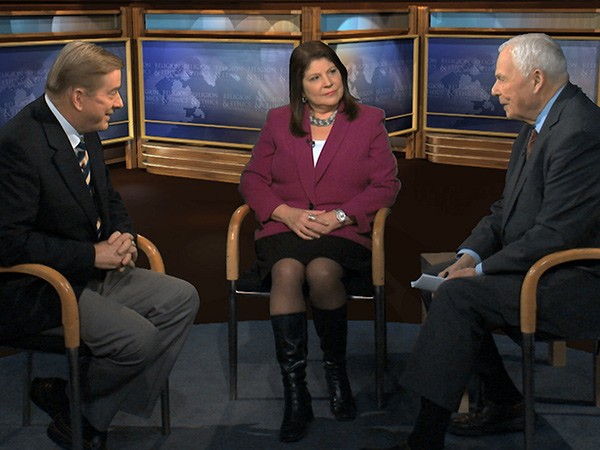 O’BRIEN: Wanting aid to churches. Again, they’re five to four. Those cases, I think, might have gone in favor of religious organizations, might have gone in favor of Little Sisters. It would have been close, five to four. Now it would be four to four, meaning the lower court will be affirmed by an equally divided court or more likely, the case will be scheduled for re-argument when they have full nine justices and who knows when that will be.

LAWTON: The whole politics around this has also become very interesting. Faith-based groups are right there along with everybody else. I mean, already I’m hearing about how there is lobbying going on behind the scenes including many of the religious groups. How big of a factor do you think that’s going to be just in terms of the court being able to move forward?

O’BRIEN: Well, it’s going to be an issue. It will play out in the election. Republicans hold fast and say they will block any nomination, won’t hold hearings until January. That means not only this term of the court will the court essentially be crippled on the big issues, but also the 2017 term of the court will also be crippled. So these issues will be out there waiting for resolution, it’s just going to take a long time. Still many conservatives say it’s worth it because the stakes in this nomination are so high and this single appointment could significantly affect the direction of the court.

ABERNETHY: Tim O’Brien, many thanks. I think we’ll see you back here often. Kim, many thanks to you.

This week the nation has been remembering Supreme Court Justice Antonin Scalia, who died unexpectedly last Saturday (February 13). We take a closer look at Scalia’s legacy and the impact his death on some key upcoming cases with host Bob Abernethy, managing editor Kim Lawton, and legal correspondent Tim O’Brien, who observes that Scalia “was a deep thinker and a great writer, and he had an enormous impact on the thinking of his fellow justices…His vote will be lost. For conservatives, that’s a big loss.”