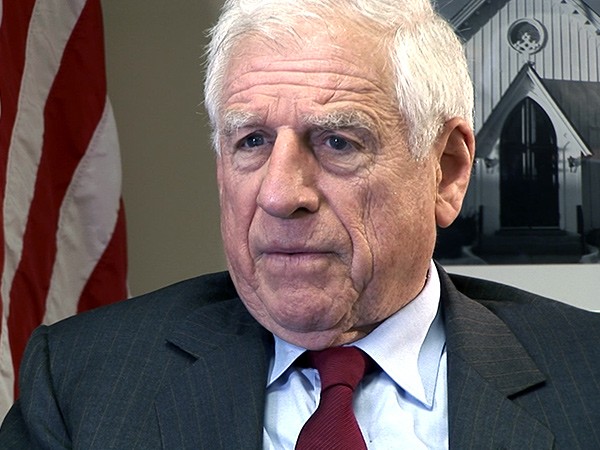 JOHN DANFORTH: Congress is so much different now then it was then, because then it was functioning as it was intended to function.

LUCKY SEVERSON, correspondent: Former Missouri Senator John Danforth talking about the Congress he retired from in 1995 when, in his view, it was still working. The respected three-term Republican, Episcopal priest, and UN ambassador wrote a book about what he thinks went wrong. He remembers several years ago when he was attending a high-level political meeting. 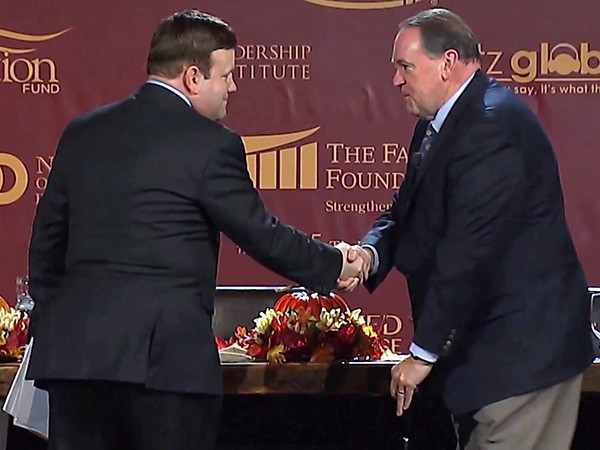 DANFORTH: The advisor said that whereas in the old days the idea to win an election was to appeal to independents, people in the center. And this advisor said well were not going to do that in this election. We are going to try to energize the base. We are going to stress issues which are very, very important to the Christian conservatives. So religion became divisive. It became a good part of wedge-issue politics.

SEVERSON: He says the problem with the infusion of religion into politics is that it twists compromise into a bad word.

DANFORTH: And there’s a threat that is issued regularly to incumbents that if you do compromise and work with the other side, you’re gonna be “primaried.” That’s the new verb, to be primaried.

Senator Ted Cruz (R-TX) winning Iowa caucus: Let me first of all say to God be the glory.

SEVERSON: Ted Cruz won the Iowa caucus with the help of hundreds of churches, thousands of evangelicals, and one man in particular: Bob Vander Plaats, known as a “kingmaker.” Vander Plaats is CEO of the nonprofit influential Family Leader. He immediately took off on the campaign trail with Ted Cruz and left us with his assistant, Nathan Oppman. 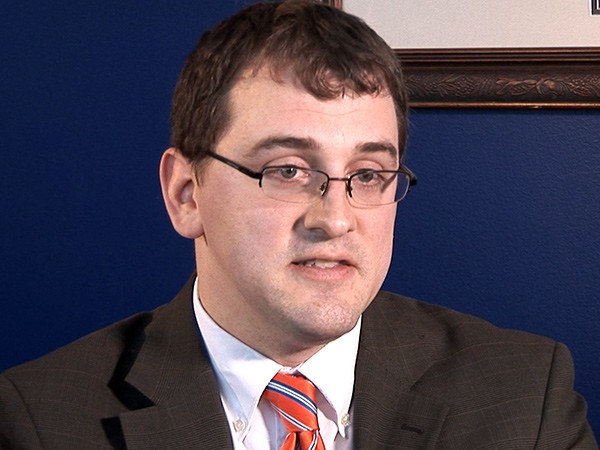 NATHAN OPPMAN: Our system certainly has it’s failing, but I would probably differ from Danforth in using the word “broken,” because we still send representatives to Congress. They still vote.

SEVERSON: The Family Leader is an umbrella organization that offers guidance to evangelical churches in Iowa. And they’re very good at it. Most Republican candidates look for an endorsement from the Family Leader, which this year, didn’t endorse anyone, although its leader, Vander Plaats, did endorse Cruz.

OPPMAN: This past election cycle we contacted I think around 2000 churches across the state and just encouraged them to participate in the caucuses Just to view it as a responsibility that they have before God to make an impact in their culture. And according to the numbers there were nearly 50,000 more evangelicals that came out.

SEVERSON: The problem Danforth sees in mixing religion with politics is that too often issues that are purely political in nature become religious doctrine. Gary Gutting, a professor of philosophy at Notre Dame, wrote an op-ed column in the New York Times expressing the same concern about the Family Leader in particular. 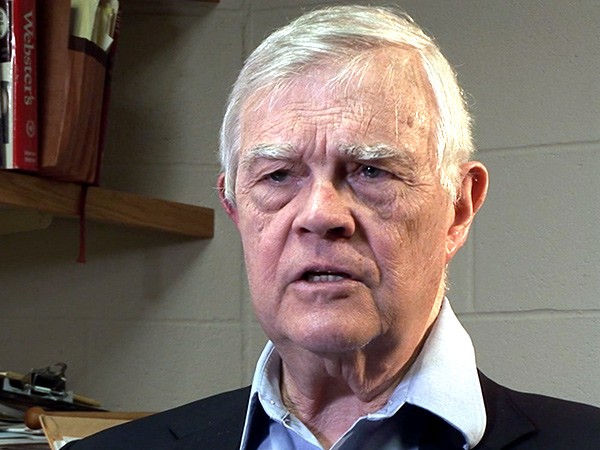 PROFESSOR GARY GUTTING: It would be one thing to say we want you to have Christian-style values, or even maybe we want you to believe in Jesus Christ. But they claimed that based on biblical principles you could get conclusions like the only really acceptable economic system is laissez-faire capitalism, and that there is derivable from the bible, I recall they said, a right of citizens to bear arms a la the Second Amendment. And I had thought that was so extraordinary and such a logical leap that it ought to be called attention to.

SEVERSON: Some might think that issues like small government are not religious in nature, but they are to the Family Leader.

SEVERSON: The chairman of the Notre Dame political science department, David Campbell, co-authored a book based on two comprehensive studies about the role of religion in American society. 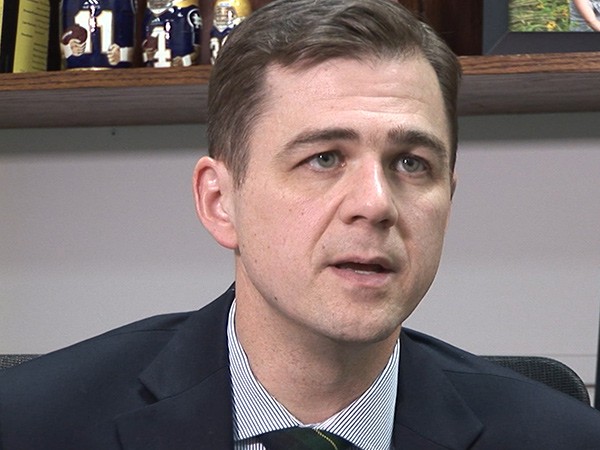 PROFESSOR DAVID CAMPBELL: What we find is one of, if not the primary cause for the stunning rise in the percentage of Americans, especially young Americans, who now say they have no religion. And one of the primary causes is an allergic reaction to the mixture of religion and politics and specifically religion and conservative politics. And that shows up very clearly in our data and in the work of other scholars.

SEVERSON: His book co-authored with Harvard’s Robert Putnam is called American Grace: How Religion Divides and Unites Us.

OPPMAN: I don’t really think politics and religion has been more mingled of late than it has been throughout our history. It’s always been fairly mingled in American life.

Donald Trump: Most importantly I brought my Bible.

SEVERSON: Mending politics is a central theme of Danforth’s new book. It’s titled The Relevance of Religion: How Faithful People Can Change Politics. DANFORTH: My book is about the tone of politics rather than specific issues. 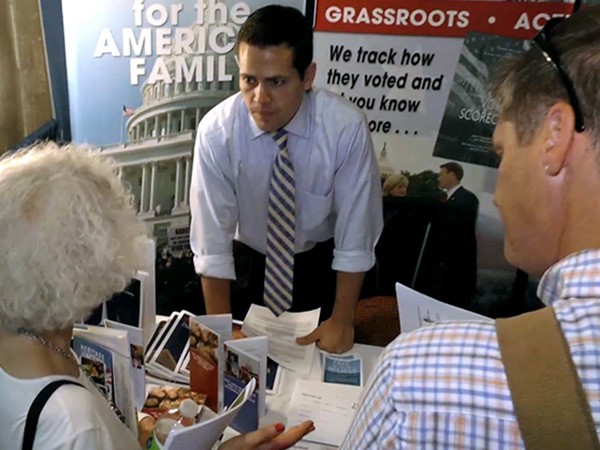 SEVERSON: For starters, Danforth says that people need to realize that God is not political, ideological, or partisan, and that the essence of religion is that the self is not the center of the universe.

DANFORTH: Kennedy’s inaugural speech being a famous one: “Ask what you can do for your country.” This is really what religion is all about. It is saying that you and your individual needs and wants are not the center of the universe.

GUTTING: John Danforth wants to insist that compromise is part of the spirit of religion. I think that is true. Sometimes it is the religious attitude to say we’re tolerant, we’re open, we listen to other people, we try to come to terms with them.

DANFORTH: You know, if you’re in the peanut gallery, which is where I am right now in politics, it’s very easy to say somebody else should do something, and so take this for what it’s worth, but it’s very important that at least some politicians be willing to lose. 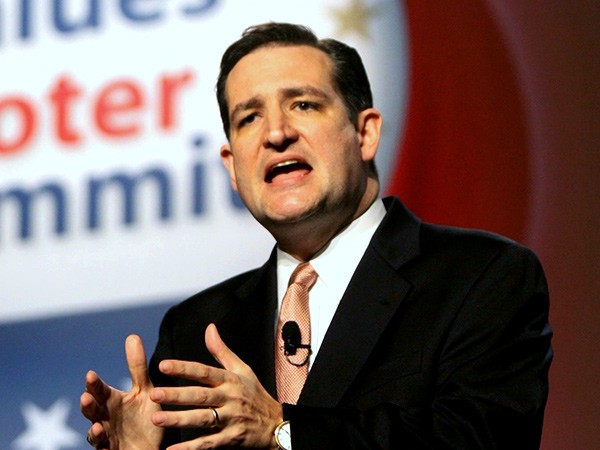 SEVERSON: You mean to stand for something even if you lose?

DANFORTH: Yeah, and not just pander.

SEVERSON: The former senator says that religion should be a unifying force and that the faithful should make it their mission to get politicians to work together and to compromise.

DANFORTH: It’s important for people in office to make it clear by word and deed that people on the other side of an issue are not demonic. They’re not bad people. And I think this is what religion offers. It is a place, when it’s functioning as it should, where different people come together with all different ideas and different backgrounds, and they are all children of God.

SEVERSON: When we last spoke with John Danforth, he was not very optimistic about the tone and noise of the political year so far.

American politics today have become so partisan that many say the political system is badly broken. Former US Senator John Danforth of Missouri, an Episcopal priest, in a new book on The Relevance of Religion: How Faithful People Can Change Politics, offers some hope. What America needs, Danforth tells correspondent Lucky Severson, are politicians willing to lose and to make compromises. Religion, he says, offers politics “a place, when it’s functioning as it should, where different people come together with all different ideas and different backgrounds, and they are all children of God.”

John Danforth: Religion, Politics, and the Heart of America

The Religious Use of Politics