BOB ABERNETHY, executive editor and host: On Friday (April 8), the Vatican released his much anticipated document on the family, called Amoris Laetitia, Latin for “The Joy of Love.” Francis addressed a broad range of challenges facing families, and urged the Catholic Church to be less judgmental on the complexities of family life. He did not make any explicit changes to church teaching as some had hoped. On the hot-button issue of whether divorced Catholics who are remarried should be allowed to receive communion, he appeared to urge discernment and reliance on individual consciences.

Joining me now with more news about the document is our managing editor, Kim Lawton, and Reverend Tom Reese, senior analyst at National Catholic Reporter. Welcome to you both. Tom, what’s the heart of this document? 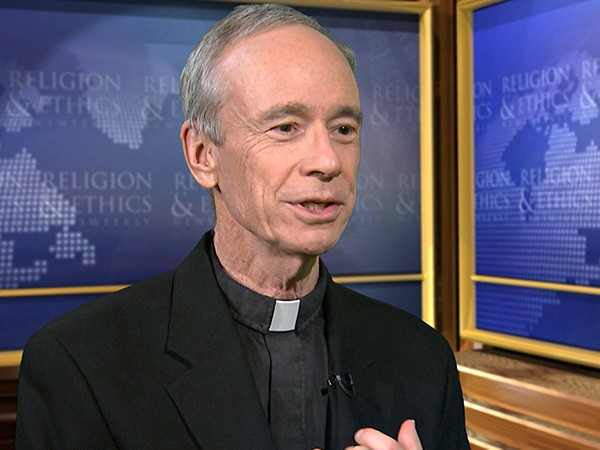 REVEREND TOM REESE (National Catholic Reporter): I think it’s a long document, and what I recommend to people is they go immediately to chapter [4] because there the pope gives this beautiful meditation on St. Paul’s hymn about love—Love is patient, love is kind—and applies it to the life and the love of a couple. And I think this would be a great read for people preparing for marriage and people who have been married for 10, 20, 30 years. I think it’s a real encouragement. It’s a real inspiration.

KIM LAWTON: Of course, a lot of people were hoping, expecting maybe there would be some really big shifts. Was there a big change in what the pope said, especially when it comes to divorced Catholics who have been remarried outside the church?

REESE: Well, that’s an interesting one because the rigorous—the conservatives wanted the pope to come in and say hey, they broke the rules. No communion. Period. As opposed to the pastoral people who wanted to say everyone should be welcome. He doesn’t take either position. He says we have to look at each concrete situation. We have to bring people together to discern and to discuss, and then decide what they should do.

ABERNETHY: That’s kind of a trademark for the pope right now. You put out something kind of vague and see what happens.

REESE: Well, I think, what he’s trying to do is to really respond to the reality of the people who are struggling with it. You know, there’s no abstract family. There’s no ideal family, and he’s tired of the church being judgmental and laying down rules. Instead, he wants us to walk with these couples with compassion. Treat them as Jesus would treat them. 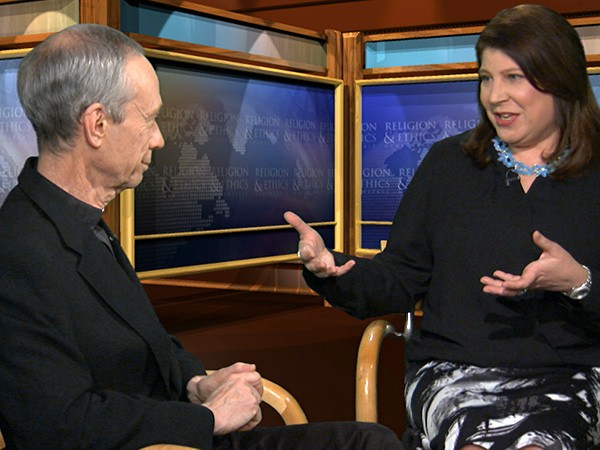 LAWTON: A lot of people were surprised by that it’s not a bunch of rules, and that kind of language in this document. But I have gotten a lot of statements from advocates for gay people who were disappointed. Nobody, I think, realistically, expected this pope was going to bless same-sex unions, but they were disappointed in some of his language.

REESE: Well, I think, actually, the document says very little about gays, which, of course, may be a disappointment in itself for some, but he was never going to say “let’s bless gay marriages.” But I think what he says about being welcoming, being compassionate, being understanding and being accepting, and also seeing the grace that is in people’s lives, no matter what kind of relationship they’re in as long as they’re loving and kind and committed—that God can be present there.

ABERNETHY: And who benefits the most from this?

REESE: Well, obviously, families, and I think of divorced families. It’s going to be very important for them. Of course, that touches everybody. Everybody has a friend or a relative who’s divorced and remarried. But, you know, families need help. They need compassion. They need understanding, and that’s—changing the church in that direction is a major agenda item for this pope.

LAWTON: And just very briefly along those lines: People were remarking on the fact that the pope in this document was urged young couples to kiss each other and share chores and had some practical advice, too.

REESE: He’s very practical. He says you should always say please, I’m sorry, and thank you—the three words that should be said all the time in a family.

ABERNETHY: Some of those words need to be said right now: I’m sorry. Thanks to Kim Lawton and Father Tom Reese. It’s good to see you again.

REESE: Good to be with you.

Today (April 8) the Vatican released Pope Francis’s widely anticipated document on family life, Amoris Laetitia, Latin for The Joy of Love. Host Bob Abernethy and managing editor Kim Lawton talk with Rev. Thomas Reese, SJ, senior analyst at National Catholic Reporter, about what the pope says and the potential impact it may have. Observes Reese: “There’s no abstract family. There’s no ideal family. The pope is tired of the church being judgmental and laying down rules. Instead, he wants us to walk with these couples with compassion. Treat them as Jesus would treat them.”