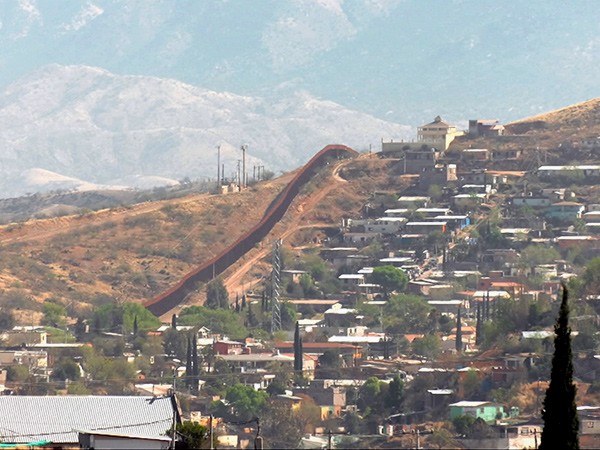 KIM LAWTON, correspondent: This is the city of Nogales. On one side of the massive fence is Nogales, Arizona and on the other, Nogales, Sonora in Mexico. Here on the Mexican side, just a few hundred yards from the border, a Catholic bi-national ministry called the Kino Border Initiative, or KBI, runs the Aid Center for Deported Migrants. It provides meals, clothing, and other basic support for hundreds of migrants who have been deported from the United States. Leaders of the initiative say the work was motivated by Catholic teachings that urge the promotion of human dignity.

REV. SEAN CARROLL, SJ (Executive Director, Kino Border Initiative): We all saw and see how much human dignity is at risk here on the border. And I think for us--and this comes from a very faith-based place--human dignity really matters to us. 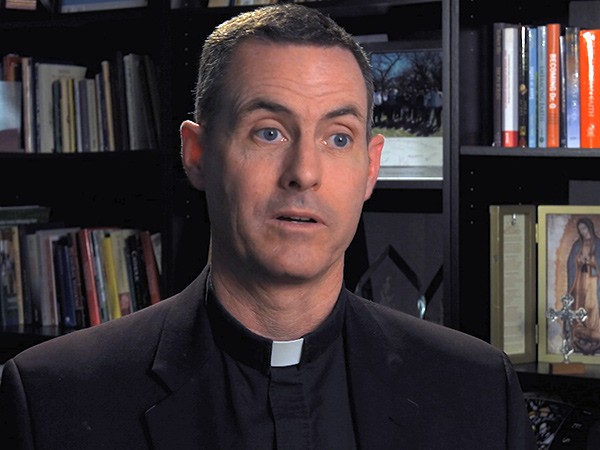 LAWTON: Because of that concern for human dignity, the US Catholic bishops and other church leaders are urging the Supreme Court to uphold the president’s plan to defer deportation for many undocumented immigrants, especially those with longstanding family ties in the US.

BISHOP GERALD KICANAS (Diocese of Tucson): To the Church, family is the fundamental block of life, and so anything that can be done to make sure that families stay together is important to the Church.

LAWTON: But other advocates say human dignity is violated when unauthorized immigrants are not deported. Roy Beck is president of Numbers USA, a group that works to reduce illegal immigration numbers.

ROY BECK (President, Numbers USA): Millions of American people are harmed by the fact that there are millions of people in this country illegally taking jobs. If you do not have deportation as a final resort for people who break immigration laws, you don’t have immigration laws. 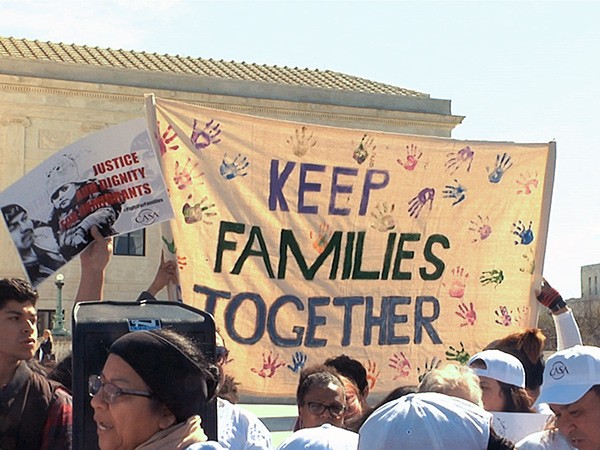 LAWTON: The Pew Research Center estimates there are about 11 million unauthorized immigrants living in the United States. In 2015, US Immigration and Customs Enforcement deported more than 235,000 of them, calling them a threat to border security and public safety. Most of those deportees are from Mexico, Guatemala, Honduras and El Salvador. The deported migrants at the KBI center have little money and few belongings, and most have been unable to find work in Mexico. The center serves two hot meals a day and offers spiritual support. Experts provide legal advice and referrals for other social services. Jesuit Father Sean Carroll is executive director of the initiative.

CARROLL: KBI is very much inspired by this passage from Matthew 25, this image of—that Jesus presents: Whatever you did for the least of these, you did it for me.

LAWTON: Retired married couple Billie Greenwood and Paul Allen come every winter from their home in Iowa to volunteer at the center.

BILLIE GREENWOOD (Volunteer): We really have affinity to the social justice teachings in the Catholic Church and I think that this is way that we try to put that into practice.

PAUL ALLEN (Volunteer): We both taught in our careers and part of the teaching was social justice issues and so we both say that now that we’re done talking about it let’s start doing something it. 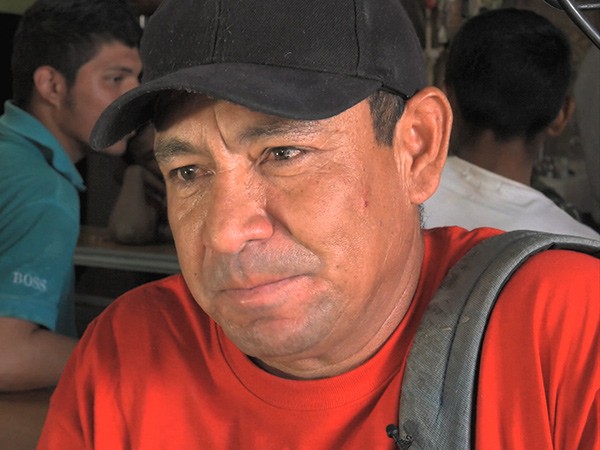 LAWTON: Armando Martinez says KBI’s help has been invaluable. Martinez went to the US as a teenager and lived there for 33 years, much of the time working in construction. He got married and has children who are US citizens. Two years ago, Martinez says authorities discovered his undocumented status when he went to pay a traffic ticket. He was detained and then deported.

ARMANDO MARTINEZ: I had to leave all my stuff behind. I couldn’t go home no more. So it’s a really great place. We come to eat. We get to shower. We don’t sleep on the streets. It’s everything.

LAWTON: For many people of faith, the issue of family separation is key in debates about immigration and deportation. That’s why they support President Obama’s executive actions that would defer deportation for some parents of legal permanent residents and US citizens, and also for people who were brought to the US as children.

CARROLL: Perhaps the children have documents and the parents do not. The parents live in great fear of being arrested either in their home or in their workplace or bringing their children to school. The children are afraid that one day they’re going to come home and their parents are not going to be there.

BECK: I wish that people who talk about this would at least acknowledge that this issue of separation has happened because our government has not enforced immigration laws. We should not have these mixed families who have been embedded in our society for years, some of them 10, 20 years. That’s a failure of our government to protect its vulnerable citizens. 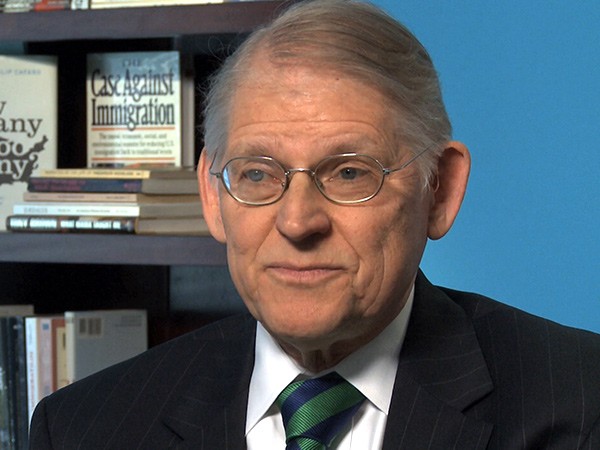 BECK: The fact that he would reward millions of people who’ve broken the law with work permits, that’s where the damage comes. That’s where he creates the tremendous injustice against the American workers who are so struggling.

LAWTON: Beck urges faith leaders advocating about the issue to also consider the Catholic social teaching that nations have the right to secure their borders.

CARROLL: Nations should have the right to secure their borders, but at the same time if migrants can’t access to a dignified way of life: access to a job that provides adequate food and shelter to families, if they’re not safe, then they do have the right to migrate. The right to sovereignty is a right, but it’s not an absolute right and it doesn’t exist at the expense of human dignity. 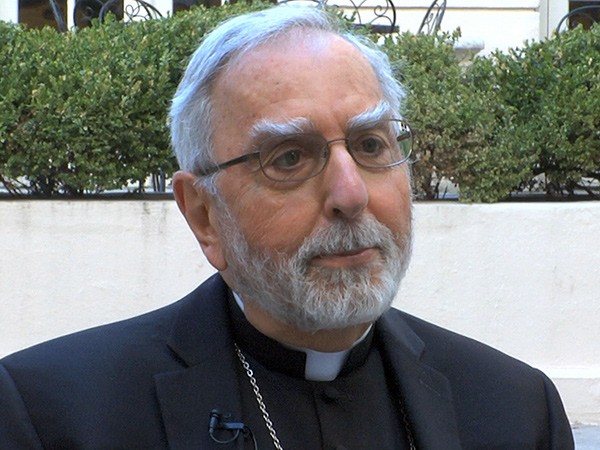 KICANAS: Our country has a responsibility to protect its border, especially to deal with things like drug trafficking and weapons trafficking and human trafficking. But all that says is that for the economic migrant, we need to find legal ways for people to be able to enter the country.

LAWTON: The US Catholic Church has long supported comprehensive immigration reform as the best solution to the deportation debate. KBI advocates for policy changes and seeks to educate church members and the general public about immigration issues. In one program, US high school students are brought in to volunteer at the center. On this day, a team came from the Catholic Brophy College Preparatory School in Phoenix.

COOPER NAGAKI (Student, Brophy College Preparatory School): Immigration is such a large part of our social and political environment in Phoenix and Arizona and getting to come down here and experience the migrants’ lives and stories is something that kind of brings us closer to the issue. 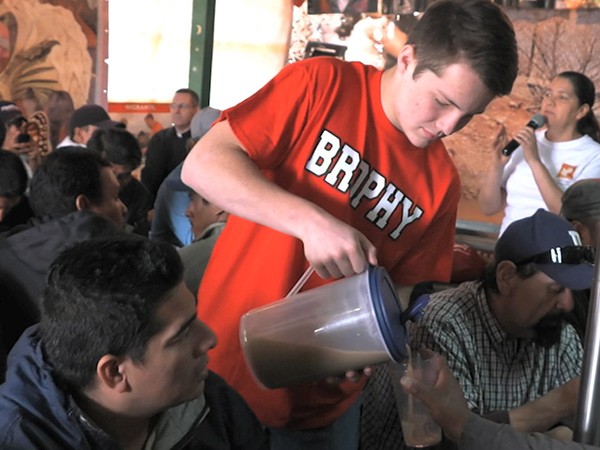 LAWTON: Sophomore Michael Grindey says he was deeply touched by his experience.

MICHAEL GRINDEY (Student, Brophy College Preparatory School): Pope Francis talked about the encounter, the aspect of encounter, and I find that very important in my daily life, and this is encounter at its best. You know, encountering the immigrant, face-to-face conversation, and so that’s where I find Jesus Christ is through encounter, and so right there, you want to see Jesus Christ? Look in there.

LAWTON: Pope Francis has made the issue of migration a priority of his papacy. In February, during a high-profile visit to the US-Mexico border, he urged that the immigration crisis be measured not with numbers, but rather with names, stories, and families. US bishops have begun holding special border masses, attended by people on both sides of the border. 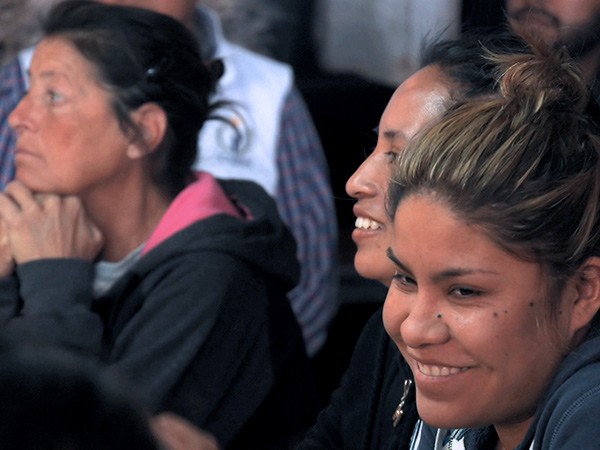 LAWTON: That may be the case for the church, but Beck says it’s not an adequate basis for determining public policy.

BECK: Certainly the church ought to be responding to every person in need that comes on their doorstep. And so this is what the church ought to be. It’s a different issue, though, to say whether people are to be given lifetime residency, or lifetime citizenship, lifetime work permits. It’s more ethically complicated than they often make it seem.

LAWTON: But Carroll says the church’s humanitarian help is just one part of promoting the common good.

CARROLL: One of our great strengths, I think, is to make visible in appropriate ways the migrant men, women, and children we serve. And the more visible they become, even to our political leaders, I think the more that will change their minds and hearts and help them find the political will to pass immigration reform that’s just and humane.

LAWTON: The Supreme Court is expected to issue its decision in the deportation case by the end of June.

I’m Kim Lawton at the border between Mexico and Arizona.

On April 18, the US Supreme Court will take up a case examining President Obama’s executive orders to protect more than four million undocumented immigrants from being deported. The plan was never implemented. Several states filed suit, arguing it was an unconstitutional use of presidential authority. Lower courts have ruled against the plan. But it has strong support in many faith communities, including from the US Catholic Bishops. Correspondent Kim Lawton traveled to the US-Mexico border to report on Catholic advocacy for deported migrants. She also interviewed a critic who claimed immigration reform is “more ethically complicated” than opponents of deportation often make it seem.