RABBI YOSEF LANDA (Chabad.org): There are many ways that you can rid your home of chametz. You can consume it, you can give it to a friend, you can donate it to a charity, you can sell it, you can destroy it, which is actually something which we symbolically do, We actually do take pieces of chametz that we have, which we searched the house for the night before, which is another one of the procedures that we do in preparation of our homes in observance of Passover is to search for the chametz. And then we find these pieces of chametz. 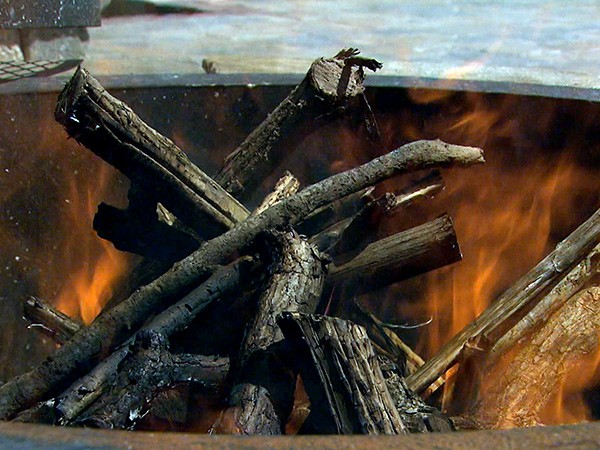 And then the morning before Passover we make a fire, or some people come together and make a fire together and destroy the chametz, symbolically giving expression to this commandment that the Torah instructs us to rid our homes, to rid ourselves from possession of chametz.

RABBI LANDA: Jews have been observing Passover and the prohibition of chametz for 3,300 years. And so this system was developed over the years—selling of the chametz.

The person who is in possession of the chametz and wants to get rid of it for the holiday goes to the rabbi and authorizes the rabbi, "I want you to do this sale for me when Passover comes." It's a power of attorney. 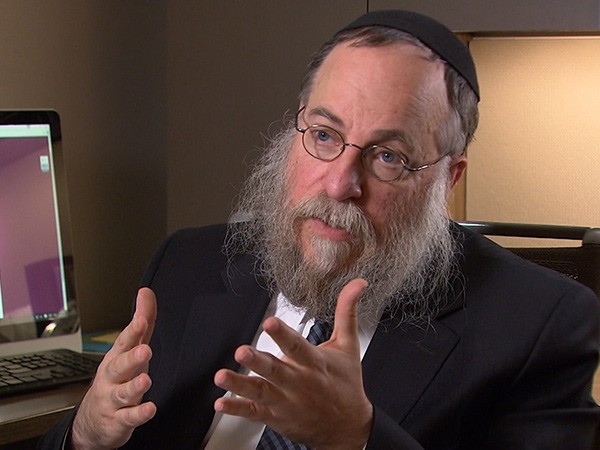 The objects that are being sold remain in your home. But the ownership of those objects is transferred over to someone else. You sign the document, or you lifted this cloth together with the rabbi, which is symbolic of effectuating the authorization.

But for many people, that's not possible. They don't know a rabbi, they don't have a rabbi, the rabbi's too far away from them, they don't have any time, their schedule doesn't permit it. Whatever the reason might be, for them there is the online sales, where people actually fill out the form online.

There’s no paper involved. They click “Sell My Chametz.” It’s available in all languages. They choose the time zone that they’re in, that’s closest to them, for the purpose of making sure that it’s sold at the proper time, because the prohibition against possession of the chametz kicks in on the sixth hour of the day.

So I pass along this agency, this power of agency which I received from the seller, I pass it along to these other rabbis for them to sell it at their location in the time zone where they are. In this way, at each location, wherever the person may be living, the chametz is sold at the proper time in that specific location. So it's a wonderful, wonderful coming together of an ancient, ancient tradition with the most modern, up-to-date methodologies. 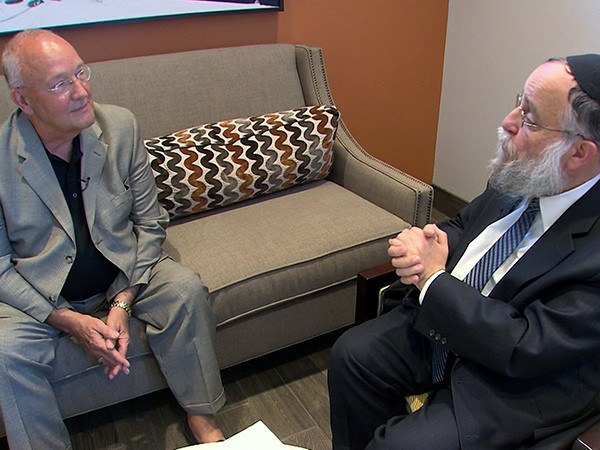 Then, on the morning before Passover, the rabbi sits down with this non-Jewish buyer. I try to find an individual who will understand what it is that's taking place. We have a prep session. We actually sit down, and I explain to him exactly what we're doing and why we're doing it and his role in all of that. It's an actual contract. The document that we use is a very traditional document, which is actually written in Hebrew. But we offer the non-Jew an English translation so he can familiarize himself with whatever is in that document.

This is not a fictitious sale. This is a genuine, bona fide transfer of ownership which is legitimate and valid by Jewish law, as well as by civil law. And after the holiday, you buy it back. It's a new transaction. You buy the chametz back from the non-Jew. The non-Jew makes a little bit on it in terms of a profit.

RABBI LANDA: Very good, we have a deal, don’t we?

RABBI LANDA: People who don't share our faith are helping Jewish people in the observance of their faith.

The eight-day Jewish festival of Passover begins tonight (April 22) at sundown. To prepare for the holiday, traditional Jews have searched their homes for any yeast or leaven and then have given it away, donated it to charity, burned it, or authorized a rabbi to sell it for them. Rabbi Yosef Landa of Chabad.org explains the ancient prohibition against chametz or leaven and the very modern way of selling it online as part of observing Passover.