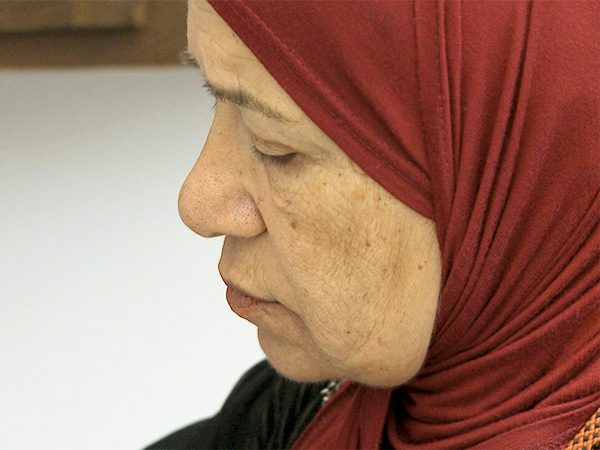 KIM LAWTON, correspondent: During this past Ramadan, in her Pompano Beach, Florida condo, Farida Saleh was getting ready to host a special dinner, an iftar, for family and friends. During their holy month, Muslims traditionally fast from sun-up to sundown, and then break the fast with a celebratory group meal. Saleh and her veterinarian husband Mustafa immigrated to the US from Egypt several decades ago. They belong to the Sunni branch of Islam. But several of the Salehs’ guests—and longtime friends--were from the Shia branch.

FARIDA SALEH: When I knew those people when I first came, I didn’t ask “are you Sunni, are you Shia?” And we became close friends.

LAWTON: In many parts of the world, Sunni and Shia Muslims are locked in a deadly cycle of tit-for-tat violence. Here in the US, they live side-by-side in relative harmony. Saleh says she doesn’t understand why fellow Muslims would attack each other.

SALEH: It’s crazy. It’s extreme and I feel sad. Those are ignorant or brainwashed because I don’t want to blow up myself and say, “for the sake of God I want to do this,” boom. This is stupid. I mean, we are here to spread peace and love. 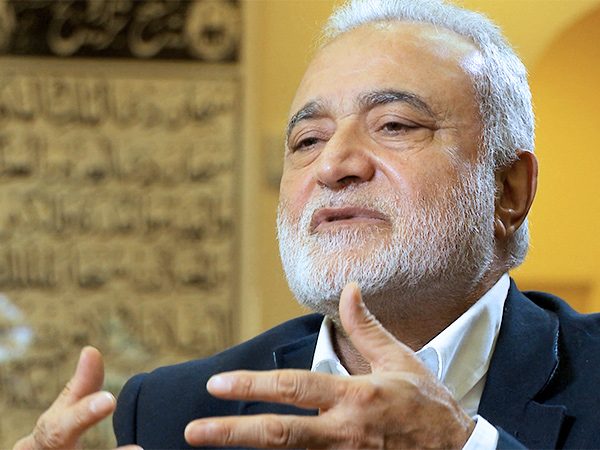 LAWTON: Imam Abdul Hamid Samra is religious director of the Islamic Center of Greater Miami, a predominantly Sunni mosque which he says also welcomes Shiites. He says when it comes down to the basics--the pillars--of Islam, the two share a common core.

SAMRA: They all have the same book, which is the Quran. They all believe the exact same word, which is (Arabic) which means, ‘There is no God but Allah and Mohammad is his messenger.’

LAWTON: The vast majority of the world’s Muslim—between 85 to 90 percent--are Sunni. Over the centuries, different rituals, traditions and authority structures evolved between the two groups. Many observers compare it to the differences between Catholics and Protestants. Former Pakistani ambassador Akbar Ahmed is chair of Islamic Studies at American University.

AMBASSADOR AKBAR AHMED, American University: The Shia tend to be more hierarchical, more centralized in spiritual authority, that’s why you see the emergence of really important spiritual figures like the Ayatollahs, because they are at the top of the hierarchy. 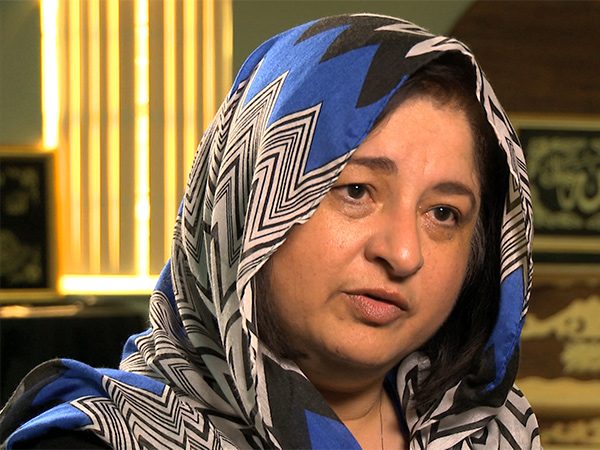 LAWTON: The Shia have special shrines and practices to revere historical imams who are considered martyrs and saints.

BUSHRA RAZVI, American Islamic Center of Florida: We follow the Prophet and his progeny, his family, and down to his grandchildren and take leadership from them and their instructions.

LAWTON: Bushra Razvi serves on the board of the American Islamic Center of Florida, a predominantly Shia mosque.

RAZVI: Who would know you better than your own family? So that’s how we kind of feel that whatever has been passed down to us through the imams and through the Prophet’s grandchildren--that’s the religion of the Prophet.

LAWTON: While the two groups offer many of the same prayers, Shiites and Sunnis often hold their hands and arms in different positions. Many Shiites pray with their forehead on a small earthen object called a “turbah.” Some in the Sunni community strongly object to the use of the turbah and the Shia devotion to saints. Many US experts on Islam argue that those differences are relatively insignificant. 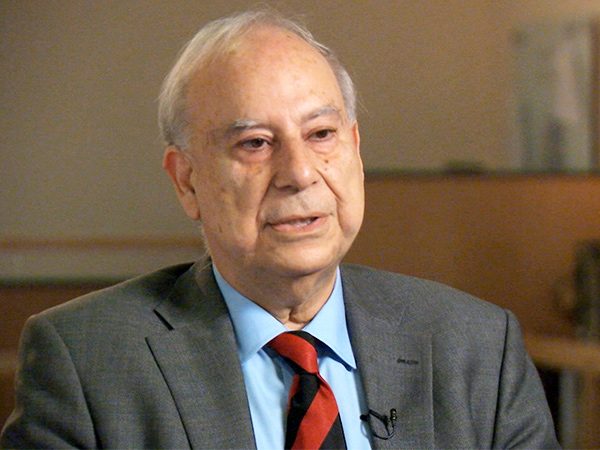 LAWTON: Today, Iran is the dominant global Shia influence, and Saudi Arabia, the dominant Sunni influence. While there have been extended periods and places where Shia and Sunnis have lived together in tolerance and peace, in recent years, old rivalries have come back with a vengeance. At the end of Ramadan in July, hundreds of Muslims, mostly Shiites, were killed in a spate of sectarian attacks in several countries.

AHMED: You’re actually seeing Iraq almost fragmenting as a state. Syria is being challenged as a state. And in that vacuum you have the old confrontation, the Shia-Sunni confrontation which lay dormant for a long time, has reemerged. The division has now become so great because it is watered, it is watered by blood. 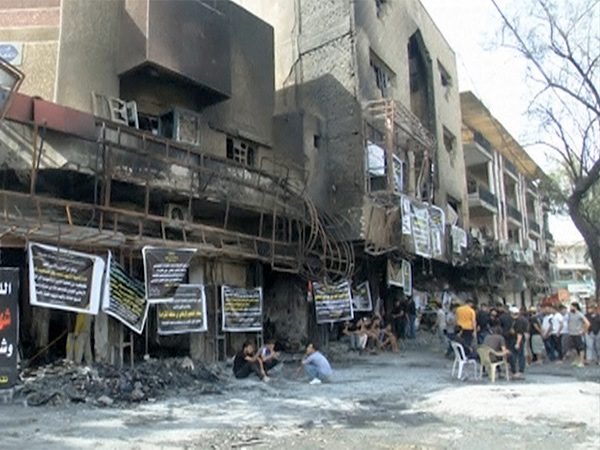 LAWTON: So far, those bloody conflicts haven’t spilled over to America. Scholars say that may be in part because both branches are minorities here.

AHMED: Tiny communities don’t find it useful to kill each other when they’re already so tiny in number. Secondly, we are in America. America is genuinely a pluralist society, so you have every kind of group here, every kind of opinion. So in this environment, the confrontation—the stark confrontation—between Shia and Sunni is blurred.

LAWTON: Also, for second and third generation American Muslims, the old sectarian divides from abroad become less important. Nazneen Zaidi is a Shitte who was born in Florida.

NAZNEEN ZAIDI: When my parents immigrated here in the late 70s, there was no Shia mosque here, and so their first friends were all Sunni, and so my first introduction to Islam was with their Sunni friends. 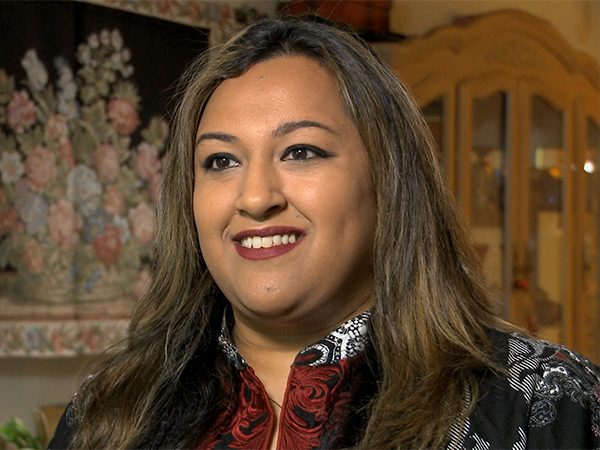 LAWTON: Zaidi teaches at a Sunni school where she says she has been warmly accepted. She has become close friends with some of her fellow teachers, who are Sunni.

ZAIDI: As a Shia, I see myself as a Muslim first. Yes, I am Shia, I’m very proud to be Shia, but when I consider myself and someone asks me what religion I am, I don’t say I’m Shia, I say I’m Muslim. And I think that’s how I identify, and I’ve always identified as that.

LAWTON: Still, there have been some tensions between the two communities. Razvi says sometime Shiites have not been welcomed at Sunni mosques.

RAZVI: It does happen occasionally, but then it’s a small segment of people that I personally feel might be ignorant because they might not have been exposed to some Shia people in the community or in their circle of friends, and they just think that whatever you’re doing is wrong.

LAWTON: This past Ramadan, her Shia mosque held a special prayer service where the two communities prayed together and then broke their fast together. 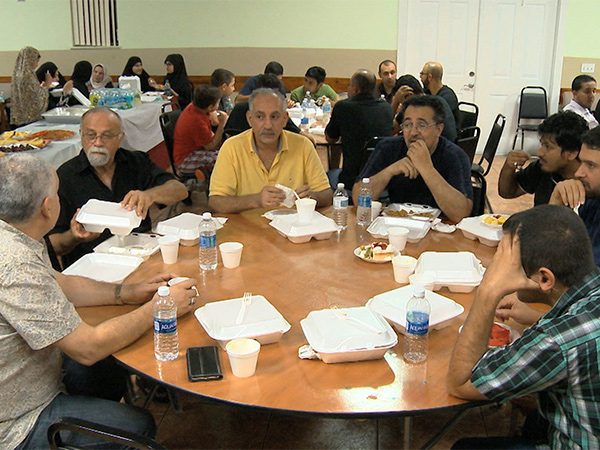 RAZVI: It’s become like an extended family. There’s Shia, there’s Sunni, there are men, women, children. And since it’s an open environment you feel more comfortable.

LAWTON: Some worry that tensions could escalate as the US Muslim community grows. Imam Samra believes any lingering prejudices can be overcome with education.

SAMRA: A lot of those people, those extremists, from both side, they use people with less education and they use ignorance.

LAWTON: He says his own faith has been enhanced through knowing Shiites.

SAMRA: We respect one another, and hopefully we understand and learn from each other. And especially when it comes to something good, I would love to take a good thing from anyone.

LAWTON: Many US Muslims say the good Shia-Sunni relations here could be a model for other parts of the world. But Ambassador Ahmed fears that image gets overwhelmed by the anti-Muslim rhetoric of the current political cycle. 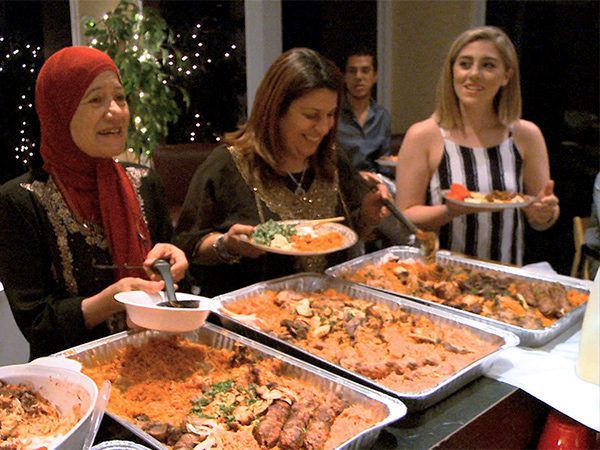 AHMED: The Muslim world looking at the United States is actually seeing images of Islam under attack.

LAWTON: Nonetheless he believes the positive message of Shia and Sunni living together in peace is one the world desperately needs to see.

AHMED: America can always be and must be—to me at least as a new American—a beacon for the rest of the world. The world can look at America and say, look, here you have literally a lamb and a lion sitting together in harmony.

In many parts of the world, Sunni and Shia Muslims are locked in bloody conflicts. But here in the United States, members of the two major branches of Islam live side-by-side in relative harmony. Kim Lawton traveled to South Florida to speak with members of both communities about their similarities, differences and relations with each other. She also interviewed experts on the practice of Islam in America about why the situation is different here.

Battle for the Middle East