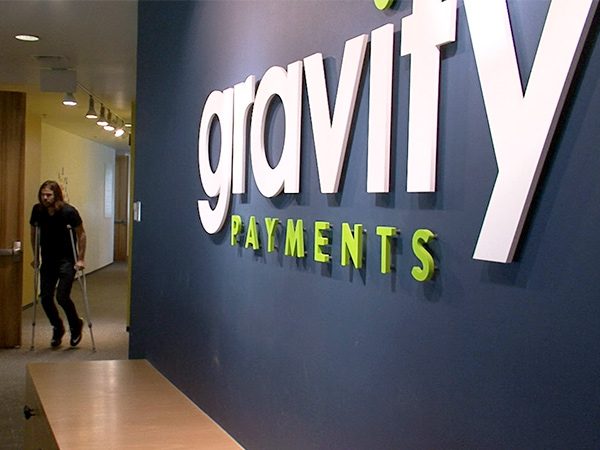 DAN PRICE: Rachel, what did you think of the meeting?

JOHN LARSON, correspondent: When Gravity Payments CEO Dan Price arrived for our scheduled photo shoot on crutches, he explained he’d twisted a knee playing soccer. But more than one of his employees had to smile. Price has a flair for the dramatic.

PRICE: Hey, no producers in the shot!

LARSON: Sixteen months ago, Price shocked the business world when he made a dramatic announcement that would reshape the national discussion on income inequality. 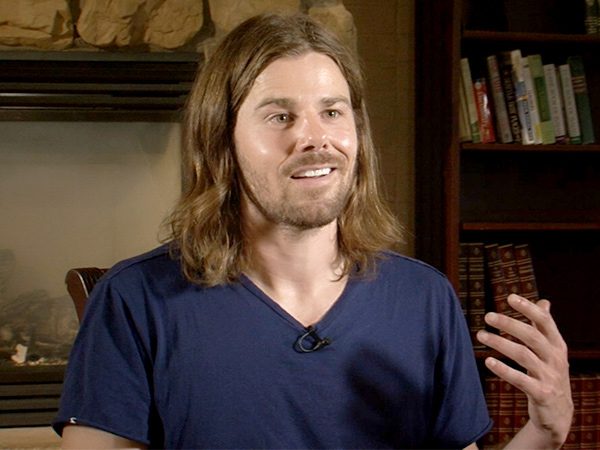 PRICE: I’m curious if anyone has any questions…

PRICE: We heard from NBC that it was the most viral story in the history of NBC News.

LARSON: Yet despite the millions of clicks and thousands of news stories, few explored why. Why had Price taken such a unique stand on inequality? His answer involved an emerging business ethic and a changing faith.

PRICE: My parents defied every label out there, and in particular my mom. In the eighties she was sorting her trash, composting, recycling, vegetarian diet, listening to Rush Limbaugh, reading Bible out loud for about an hour a day.

LARSON: One of six kids home-schooled in an evangelical Christian family in Idaho until he was in junior high, Price was a finalist in a national Bible memorization contest. He was a member of a local Christian rock band until he was 16. And that’s when, with assistance from his dad, he helped a local coffee house owner with her credit card processing—the fees charged by banks and credit card companies each time her customer used a card. 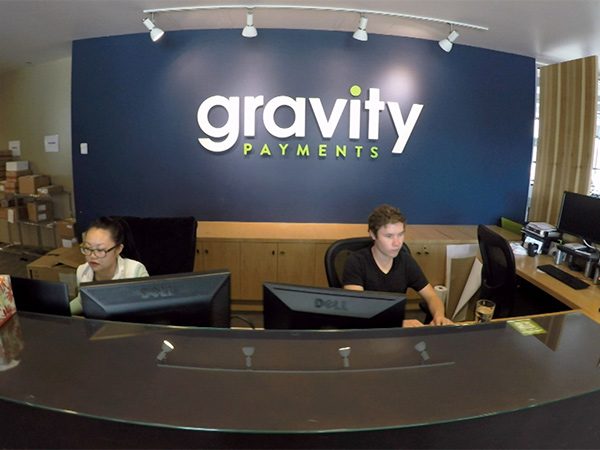 PRICE: I was able to get her costs lowered, and it was a good experience for her, and all of a sudden I had a reference.

LARSON: Price parlayed that reference and a passion for helping small business into hundreds of clients and the creation of his company, Gravity Payments. By his early twenties he was making headlines and getting rich. He was invited to the White House, and his idea of faith was changing.

PRICE: I heard of something of called Pascal’s Wager when I was a kid, which basically says you should believe in your faith whether or not it is it actually true. And that satisfied me as a child, but as an adult I realized that faith could be something that could be, maybe, expanded and could be a foundation for different types of thoughts and philosophy, different types of action.

LARSON: All this was happening at a time when the cost of living here in Seattle was skyrocketing. The cost of housing, especially rent, was going up so fast that many medium- and lower-income families couldn’t afford it.

PRICE: If I can just be a small part of a revolution in business where it ceases to be just about making money but it’s about solving problems and service that would be enough to keep myself going. 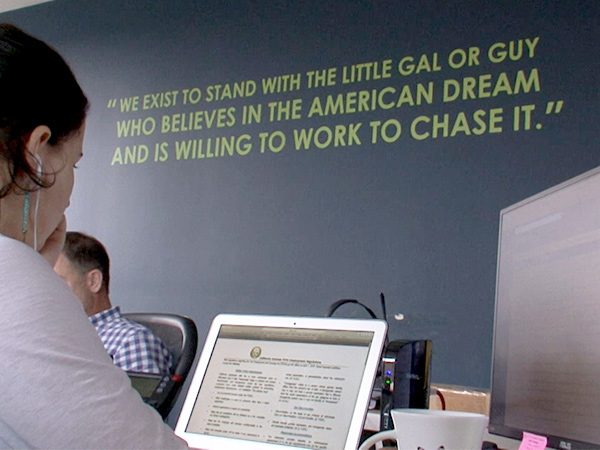 LARSON: Following his $70,000 minimum wage announcement, accolades showered Price like Seattle rain in February. Best boss in America? Many thought so. But he’d soon face personal criticism, even a lawsuit. Conservative talk show host Rush Limbaugh, who Price had been forced to listen to as much as three hours a day as a kid, predicted Price’s downfall.

RUSH LIMBAUGH: This is pure, unadulterated socialism. That’s why I hope this company is a study in an MBA program on how socialism doesn’t work, because it’s going to fail.

LARSON: Turns out Harvard Business School did study Price for class discussion. It found the $70,000 minimum wage announcement generated not only a flood of job applicants, but many new clients. In fact, since the announcement Gravity now reports its business is doing better than ever, and its employees are thriving. They’ve used the raises to pay off debt, save for retirement, and feel secure enough financially to start families. 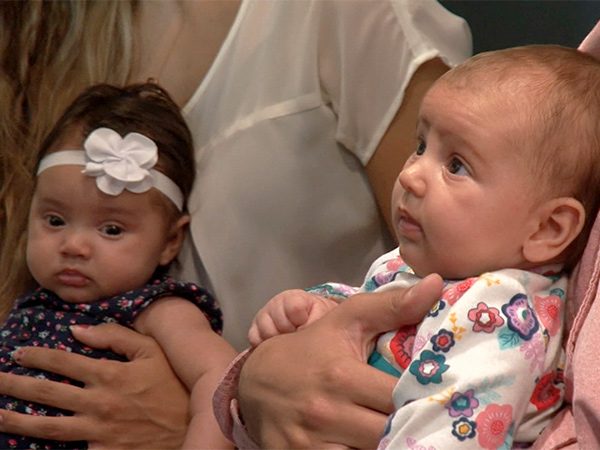 LARSON: Typically, the company has one or two employee pregnancies per year. Now? Seven or eight.

LARSON: Which may be one reason why Price’s employees agreed to buy him a gift.

ALYSSA O’NEAL: We had tried to think of a way to thank Dan for what he done for us. 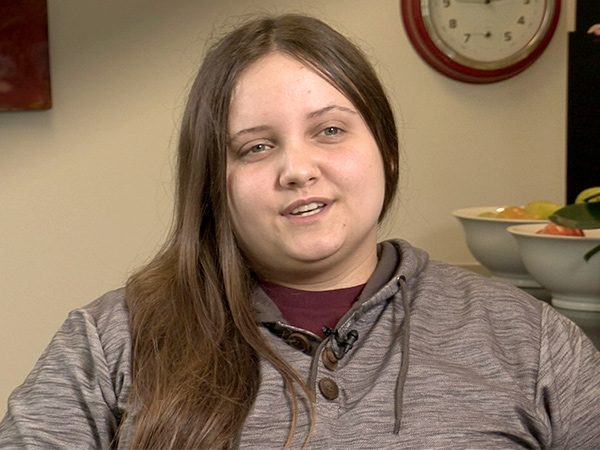 O’NEAL: We have another gift for you. It’s outside, though.

LARSON: O’Neal had helped convince other employees to all chip in and buy Price a new Tesla.

O’NEAL: When it happened it was like it was meant to be.

PRICE: Are you kidding?

O’NEAL: I was really surprised by his reaction. He said, “I don’t want to even see the car. I want to see you guys.” And he turned around and hugged everybody and made sure he hugged everybody first before getting in the car and touching it.

LARSON: So you had a crush on this car for a long time?

LARSON: And never thought you’d have one? 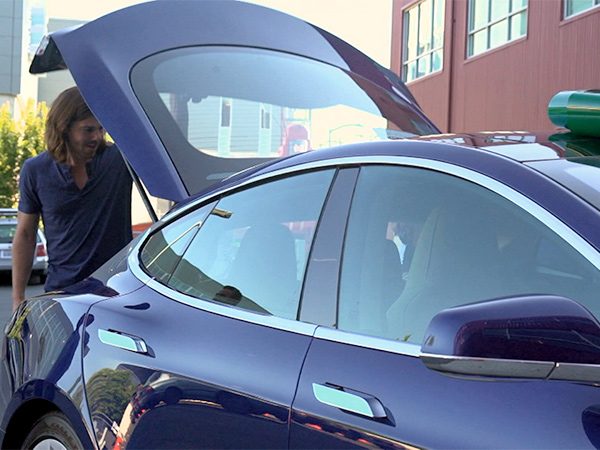 LARSON: Price says his faith is very different than what it used to be, and some would call him agnostic. Yet he still considers himself Christian because it’s in his DNA. In other words it informs his ethics about serving others, or running a company.

PRICE: Do you know that verse, “Seek first this kingdom and its righteousness, and all things will be added to you as well”? So, you know, regardless of my faith or anybody’s else faith, I think that’s an interesting analogy for business, because they’ve proven I think through studies that business that puts purpose over profit ends up making more profit.

LARSON: In the early 1900s, Baptist preacher and Temple University founder Russell Conwell gave a famous sermon called “Acres of Diamonds.” Many said that sermon popularized the blending of Christian theology with American capitalism. To get rich is our “Christian and godly duty,” said Conwell. Price believes the same sermon was more about finding something deeper than money, among family and co-workers.

PRICE: A business is really missing its potential, if its sees its purpose as creating money. It should have some larger purpose, and then you as an individual are not some money making, money seeking robot. 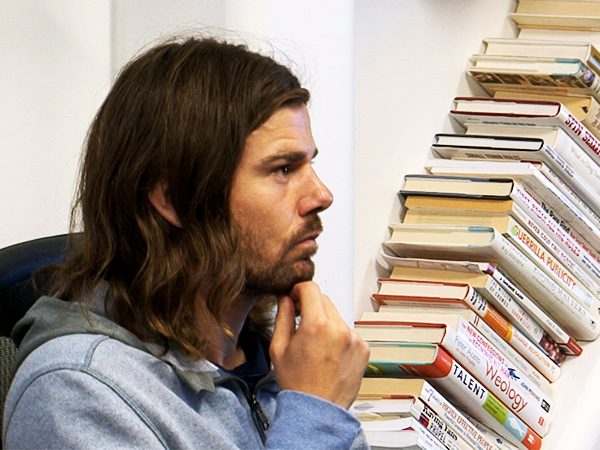 LARSON: So if you’re going to define the word, so what is “wealthy”?

LARSON: And what Price now thinks is right is to live modestly, grow his company for his clients and employees, and see how many other companies follow suit.

PRICE: But the truth is I’m still trying to figure all this out.

LARSON: And we are sitting inside a Tesla.

PRICE: And we are sitting inside a Tesla, and I’m doing my best to try to deconstruct what I think here as a 32-year-old guy who has a lot more to learn.

Dan Price, the 32-year-old CEO of Gravity Payments, made national news last year when he announced he was putting in place a scaled pay policy that would raise the minimum wages of employees to $70,000 per year by 2017. The announcement led to a flood of job applicants—and many new clients. Raised by evangelical Christian parents and home schooled, Price tells correspondent John Larson that his biblical training still shapes his ideas, whether he is serving others or running a company, and that “business that puts purpose over profit ends up making more profit.”

How Should We Live?