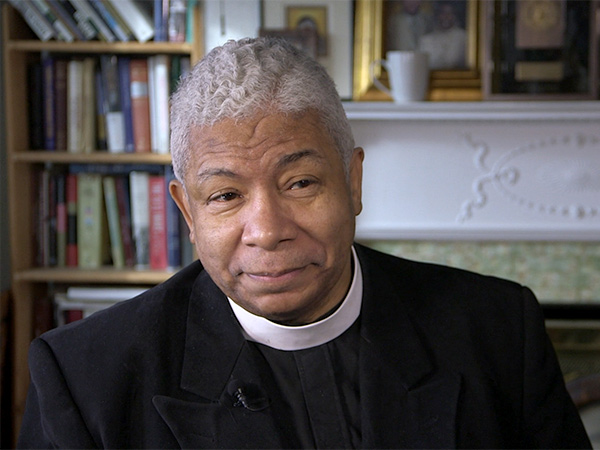 DAN LOTHIAN, correspondent: There is plenty of symbolism in this soaring sculpture on the campus of Boston University. It’s called “Free at Last,” and it honors one of the schools most famous graduates: Dr. Martin Luther King Jr. Look closely and you’ll see 50 doves flying to the heavens in formation.

REV. EUGENE RIVERS: For the boomers who were alive when Martin Luther King gIveS his iconic speech in the summer of 1963, King has all kinds of iconic resonance, because he represents sort of the best of the American experience in the post-World War II era.

RIVERS: All the work that I’ve done over the last 25 years was largely influenced by the tradition of King.

LOTHIAN: In a way, Dr. King is all around us every day. His name is on some 900 streets nationwide, on schools, and, of course, on a holiday. He continues to inspire Americans and many others in the fight for justice, but for that younger generation the fight has a different look, a different feel. Sarah Jackson is assistant professor of communication studies at Northeastern University and an expert on social movements. She sees a complex connection between the youth of today and the civil-rights leadership structure of the past. 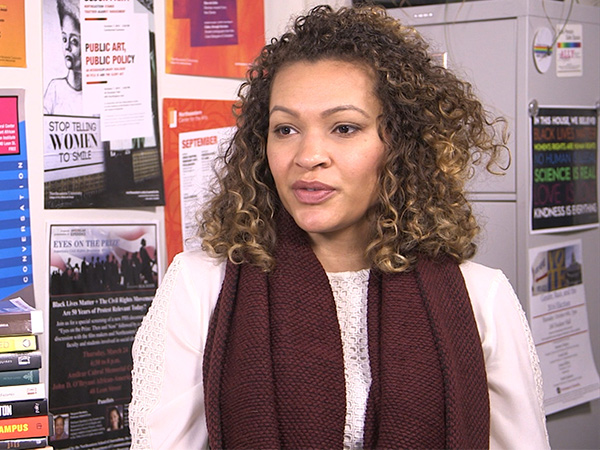 PROFESSOR SARAH JACKSON (Communication Studies, Northeastern University): I think ultimately what we find, especially among millennial activists, is that there is sort of both an embrace and at the same time a distance from King, which is to say that they are inspired by some of his more radical writings—the letter from the Birmingham jail, some of the things he wrote and said, for example, about labor, about the Vietnam war and imperialism. But at the same time I think there is a resistance to the way that King has been sanitized in the mainstream.

LOTHIAN: What do you mean?

JACKSON: It’s this idea that King, you know, loved everybody, and there was a right way to protest. He was the right leader, and often that is levied as sort of a charge that, you know, young people—they don’t have leadership like that.

LOTHIAN: But leadership in the traditional sense—an established authority who carries the mantle for a group of people—is being redefined.

MARTIN HENSON (Black Lives Matter Boston): The perspective is different, but the goal for liberation is still the same. 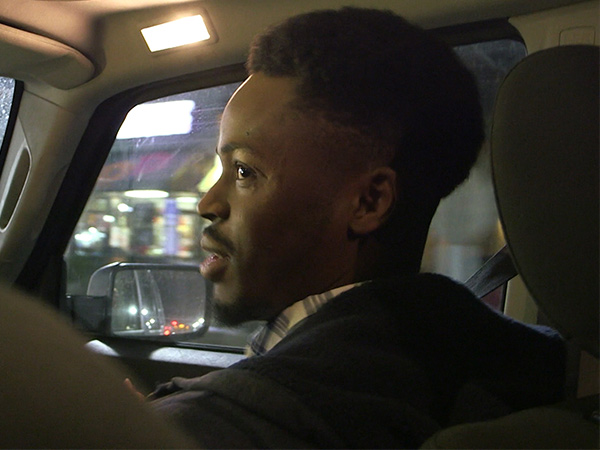 LOTHIAN: We drove around with Martin Henson, a twenty-something activist with Black Lives Matter Boston. These are the streets where a new generation is carrying out its version of the civil rights movement—loosely affiliated groups mobilizing around diverse issues. I asked him if millennial activists are looking for the next King or Malcom X—someone who can draw attention to a cause and hold people accountable.

HENSON: You get video time, and people seem fun and charismatic and engaging, and it is going to have a multimedia effect in a certain way. But that is not the case, not how real activism looks, you know. It is work, and all these people who are doing these things you just never see.

LOTHIAN: According to Henson and other activists, now more than ever it’s a bottom-up structure than top down, and technology is making that easier. Social media puts the power of a movement into the palm of your hand. A hashtag can become a rallying cry and take off from there, as it did with Black Lives Matter.

HENSON: You make a meme, and you are instantly saying how you feel about that particular thing, and people can resonate with that and feel empowered by it, or they can create an event on Facebook, and people come to the event.

LOTHIAN: We also met with a group of young women who attend high school in the Boston suburb of Wellesley. Each believes Dr. King is still relevant. 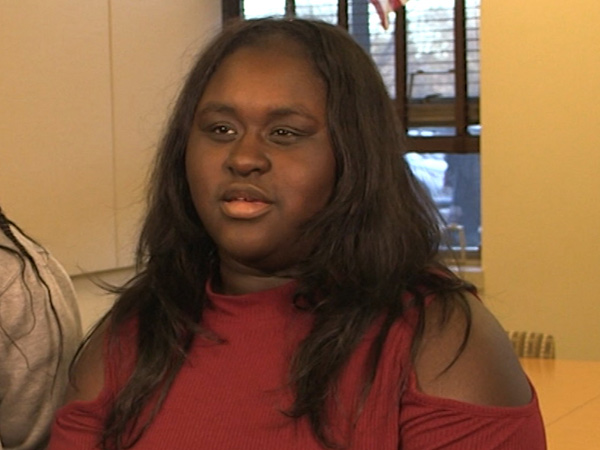 KNE’SHYA LOWE: He has given a lot of young African-American girls and boys a voice.

LOTHIAN: But they also say they don’t need anyone to speak for them.

CAROLINA PEDRAZAS: If you want something like to be done, a change, you don’t necessarily need to seek a leader of sorts. You can like start with yourself. You can become that leader, or you can like start a movement.

LOWE: Yeah, I think social media is like a way, because you are friends with a lot of people you probably really don’t talk to, so you can—so they would know how you feel, and maybe they can learn from what you’re telling them or what you are trying to teach people.

LOTHIAN: There’s something else that is different about many young activists of today. The message is not just about blacks and whites, but gender equality and LGBT issues. They also address things like gentrification. Nowhere is that more apparent than in South Boston, once ground zero in the violent busing clash of the 1970s after the court-ordered desegregation of public schools. Some old problems linger, but today much has changed in the city.

RIVERS: The poor, black and white, are being moved out of the city. So, for example, those South Boston whites that were raising all that hell because they didn’t want their kids bussed—they don’t even live in South Boston anymore, and now South Boston is called SoBo, right? So the new axis around which things pivot is the fact that Boston is being completely gentrified. 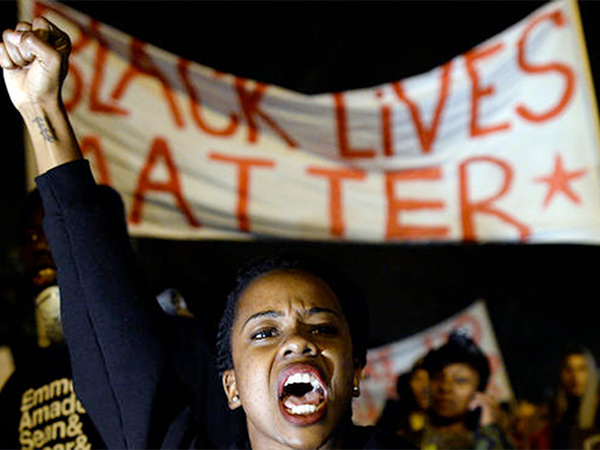 LOTHIAN: There are differences, too, when it comes to religion and the church. The church was central to Dr. King’s movement and the leaders who followed, many of whom were ministers themselves. But it’s much less so today. Professor Jackson says some young people are resistant to the patriarchal structure.

JACKSON: The church has played that role, and I think that is part of why you see young people understanding the role of the church and the role of religion a little bit differently in activism. But at the same time, at least from my experience, I would say both among my students and the activists that I have been around, there is a really important role that spirituality is playing among millennials and among contemporary activists, and it is a spirituality that is not necessarily tied, again, to sort of the formal structures of church organization and doesn’t necessarily, again, require a certain type of leadership.

LOTHIAN: As the nation honors Dr. King, Reverend Rivers sees a need for traditional leaders to shift their way of thinking—from an 8-track tape frame of mind to an iPad world.

LOTHIAN: Michelle Chalmers understands that well. She’s a community activist who marks every King holiday with a comprehensive family-centered program that goes well beyond a few clips of “I have a dream.” 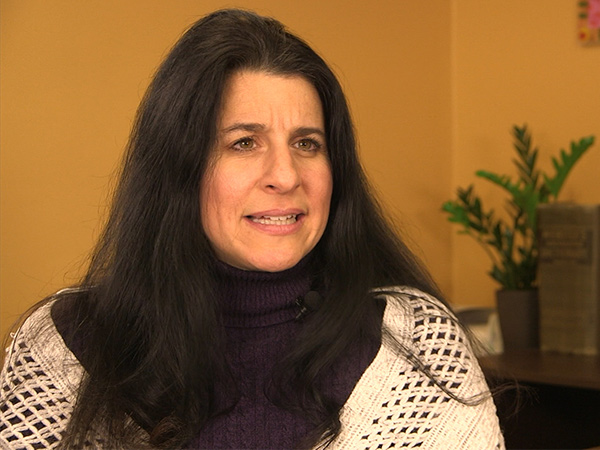 MICHELLE CHALMERS: We’re doing more interactive activities, involving really the life of Dr. Martin Luther King, understanding how important his work and obviously the movement is and was. So I think when I created the games I really wanted it to be interactive, trying to get kids to ask a little bit more critically, like what was this movement? What was this man trying to do, and why is it important now?

LOTHIAN: Which brings us back to that sculpture with the flying doves. It symbolizes peace in all 50 states. Dr. King had a dream, of peace, justice, equality. These young people would say they have many of the same goals but are breaking from tradition when it comes to whose voice and what issues get the most attention.

LOWE: Now it’s up to us to try and change what’s going on now for future generations.

HENSON: The new civil rights has just expanded. It has just taken on a look that fits the context that we live in.

CHALMERS: I think the young people see that and say, you know, if we want, you know, longer growth and something to continue we need to do it differently, because we want to have it sustained. We want it to keep going.

Monday, January 16, is the national holiday to honor the life of Dr. Martin Luther King Jr. Older generations remember the leadership of Dr. King in the civil rights movement, but what about younger ones? Does Dr. King’s legacy remain an inspiration for today’s millennials? Correspondent Dan Lothian interviews millennials in Boston as well as local activist Rev. Eugene Rivers and Northeastern University professor Sarah Jackson, an expert on social movements, about the contemporary attitudes of young people toward Dr. King. Among millennial activists, says Jackson, there is both an embrace of and a distance from Dr. King. There is admiration for his goals, but little desire for one great new leader. Instead, millennials are seeking to be part of a new movement driven by them from the ground up.