Neil Shubin is the Robert Bensley Distinguished Service Professor at the University of Chicago and associate dean for academic strategy of the university's Biological Sciences Division. He's also the author of two popular science books — The Universe Within: The Deep History of the Human Body (2013) and the best-selling Your Inner Fish: A Journey into the 3.5-Billion-Year History of the Human Body (2008). Your Inner Fish was named best book of the year by the National Academy of Sciences.

The focus of Shubin's research is the evolution of new organs, especially limbs. He's conducted fieldwork in Greenland, China, Canada, and much of North America and Africa and has discovered some of the earliest mammals, crocodiles, dinosaurs, frogs and salamanders in the fossil record.

One of his most significant discoveries, the 375-million-year-old Tiktaalik roseae fossil, is considered an important transitional form between fish and land animals. The 2006 announcement of the finding received worldwide media coverage and led to Shubin's being named ABC News Person of the Week. He's made many other notable observations regarding the developmental biology of limbs, using his diverse fossil findings to devise hypotheses about the genetic and developmental processes that led to anatomical transformations. He is also committed to sharing the importance of science with the public, and his lab maintains an active presence on Facebook and Twitter.

Shubin earned his Ph.D. in organismic and evolutionary biology at Harvard and was elected to the National Academy of Sciences in 2011.

Neil Shubin's quest to understand the origins of the human body has taken him across continents and scientific disciplines — and eons back in time. He talks here about his discovery of an important fish-like fossil, Tiktaalik roseae, and the book and film it inspired.

Why did you write Your Inner Fish?

I was teaching human anatomy and thought: Evolutionists have been working on compelling scientific puzzles, like the transitions from jawbones into ear bones and from fins into limbs, for over a century. In 2004, when we discovered Tiktaalik, I realized it wasn't some esoteric fossil from an odd moment in time. It's part of our own history. Its story is linked to our own, and that story is profound.

Then, in 2005, my knee blew out and I was stuck in bed for three days. I grabbed a notebook — with my knee on ice, laughing to myself that I had my inner fish to thank — and one thing led to another.

What role does serendipity play in science?

It's a combination of serendipity and preparedness. Without planning, we'd never have found Tiktaalik. But often you make plans and then throw them away as soon as you begin your work. The moment of discovery is always serendipity. But if you haven't done your homework, you'll miss it.

What are your most memorable outtakes from the film?

One zany moment was filming up in the trees with monkeys. I'm the worst climber. I thought they'd need a crane to put me up there. But once I got up in the canopy, with the monkeys jumping around, I felt like I was seeing the world through their eyes. It was amazing.

What do you want people to get out of this story?

How deeply connected we are to the rest of life on our planet. Our genes and cells and organs all contain evidence of this connection. It's been discovered by cracking rocks in the field, studying genomes in laboratories, and looking at lots of other evidence. The outcome of these discoveries is seeing so clearly that we're part of the tree of life.

What is the strangest quirk of the human body? The most remarkable feature?

If you look objectively at male plumbing, it so doesn't make sense. The spermatic duct loops over the pelvis, which is really bizarre. It creates all kinds of problems, including hernias. If you imagine the human body as a wiring diagram, that's where you'd say, "No way does that work."

The most remarkable is the hand. It's a physical manifestation of our ability to go to the bottom of the ocean and into outer space. If you trace fossils and genes in different species, you see how our arms, legs, hands and feet are just repurposed fish fins. That's your inner fish! But our history goes deeper still: we have an entire branch of the tree of life inside of us — our inner fish is only one stopping point.

Does your next book, The Universe Within, relate to Your Inner Fish?

Yes. When I was writing Your Inner Fish, I realized there was this whole other story, about our connection to the physical world — plate tectonics, the planets, the universe. These are also passions of mine and other chapters in the same story. 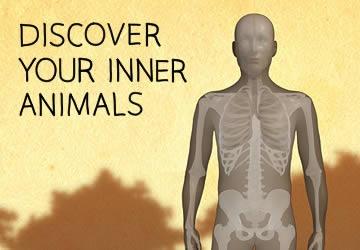 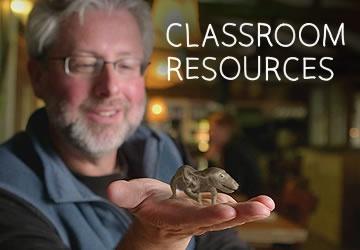 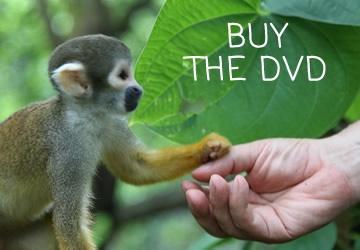