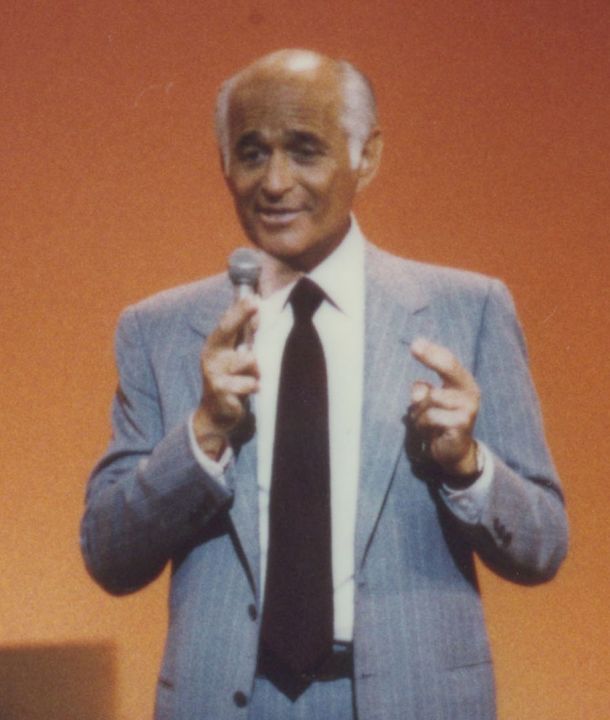 Earlier this year we had the opportunity to sit down with Norman Lear, revered pioneer of television, and feature of the upcoming American Masters documentary “Norman Lear: Just Another Version of You,” which premieres on air tomorrow night, Tuesday, at 9 p.m. Learn more about the film here, and be sure to tune in. You can check your local listings here.

Some highlights from our interview include:

What do you think about the fact that you’re talking on an iPhone right now to potentially many many many people?
I think it’s remarkable. As soon as this is over I want you to come over to my place for coffee, tea, and maybe a bit of rest.

What have the last couple of years been like to you?
It took me 6 years to write the book, which is titled Even This I Get to Experience, which I can say of this very moment: even talking to you, I get to experience.

People talk about the golden age of television and you’ve been parts of all of it and will be continuing it sounds like. What shows do you watch now that you love and you recommend to other people?
Well, first let me say THIS is the golden age of television. It starts with our being here in the moment to say that. You gotta be here to say that this is the golden age. But also because Transparent is glorious, and Orange is the New Black is glorious, and South Park continues to be glorious, and Seth Macfarlane continues to do great material on television, and Jerrod Carmichael and The Carmichael Show, … and Black-ish is brilliant. I mean there’s an awful lot of good television.

So when people approach you on the street, what do they typically say? What’s the first thing people say?
Well mostly they say, ‘Hello!’ and they talk about having watched All in the Family, for example, with their parents. A lot of people talk about the family sitting together watching television, and that fills me.

What motivates you? What’s the thing that you think about first when you get up in the morning? What really makes you happiest?
I don’t know if it’s actually on my mind, but it’s subtext in my head always and that is the moment. I think two of the greatest little words in the English language that we don’t pay enough attention to are the words over and next. When something is over, it’s over and we’re all onto next. And the hammock in the middle, were there to be a hammock in the middle between over and next, that would be living in the moment. And I wake up to do that.

Who came up with the term ‘meat head’?
My father used to call me meat head…

Which show are you most proud of?
The show I was working on at the moment. You know I’m proud of all of them and I couldn’t be prouder. Mary Hartman! Moments of Mary Hartman will dazzle and delight me all my life.