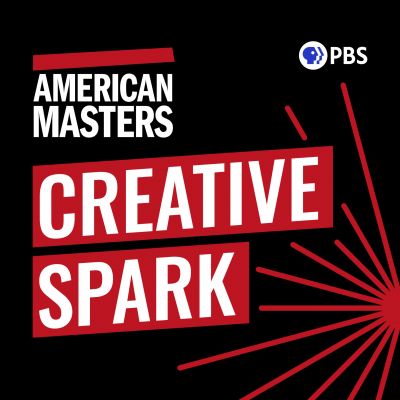 How Buffy Sainte-Marie Made Her Most Triumphant Song Yet

Buffy Sainte-Marie, a Cree musician, artist and activist, has always been ahead of the pack. For six decades, she has fought for Indigenous rights and visibility through her work. She spoke out against the Vietnam War with her song “Universal Soldier,” foresaw the opioid crisis with the eerily prescient “Cod’ine,” ...

Comedian Jo Firestone was leading a weekly remote comedy workshop with a group of senior citizens from New York’s Greenwich House when something magical happened. Through in-person sessions, one-on-one interviews and a live public performance, a documentary special emerged called "Good Timing." Join Firestone and her crew of funny seniors ...

Two-time Oscar-nominated animator, writer and filmmaker Don Hertzfeldt is considered one of the most influential figures in animation. In his first-ever formal podcast interview, he breaks down the long journey that went into making his 2012 feature film, “It’s Such a Beautiful Day.” The existential story at the heart of ...

Comedian Atsuko Okatsuka does everything. The touring comic, actress, writer, dancehall dancer and podcast host is everywhere and works tirelessly. She even famously performed a stand-up set in the middle of an earthquake — and got lots of laughs. Okatsuka also just made her late night debut on “The Late ...

Musician and artist Kim Gordon is known for being the coolest person in the room. She is one of the co-founders of Sonic Youth, the band that pioneered alternative rock for 30 years with albums like “Daydream Nation” (1988) and “Goo” (1990). Today, Gordon is focused on her solo work ...

For decades, filmmaker M. Night Shyamalan has been telling original stories with movies like the Oscar-nominated hit, “The Sixth Sense” (1999), “Signs” (2002) and “Split” (2016). In today’s Hollywood system, this has turned Shyamalan into something of an iconoclast. Here he breaks down his independent approach to making his most ...

Poet Jericho Brown won the 2020 Pulitzer Prize for Poetry for his collection “The Tradition.” The poems are vivid works of beauty and agony - each word delivered with a strong sense of urgency. Brown breaks down the process behind writing the collection’s titular poem, “The Tradition,” and the many ...

“A Strange Loop” has a lot to say in a one-act show. The metafictional musical is playwright, lyricist and composer Michael R. Jackson’s meditation on self-perception, race, sexuality, art, faith, identity and everything in between. The off-Broadway success of this ambitious work earned Jackson the 2020 Pulitzer Prize for Drama. ...

Oscar-winning filmmaker Errol Morris broke open the documentary form with his early embrace of re-enactments and stylized lighting and music. His film, "The Thin Blue Line" (1988), put this reputation front and center, and his Oscar-winning film, "The Fog of War" (2003), cemented his legacy. He also has an irresistible ...

How do today’s masters create their art? American Masters: Creative Spark presents narrative interviews that go in-depth with one iconic artist about the creation of a single work. Whether it is Oscar-winning filmmaker Errol Morris explaining the thinking behind a controversial film, comedian Atsuko Okatsuka sharing what makes a joke ...