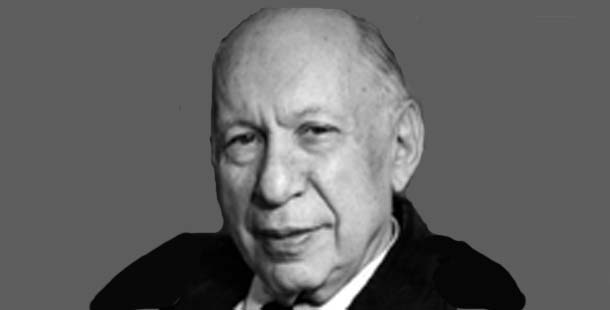 “All around me the painters and composers groped for ways to express contemporary society in their work. Where, I wondered, was this parallel activity in theater?”

Harold Clurman has been called the most influential figure in the history of the American theater. Between 1935 and 1980, he directed over forty plays, including Jean Giraudoux’s TIGER AT THE GATES, Eugene O’Neill’s TOUCH OF THE POET, and Arthur Miller’s INCIDENT AT VICHY. He authored seven books, and from 1953 until his death in 1980 he was a drama critic for THE NATION. As the passionate and talented leader of the Group Theatre, Clurman invigorated American theater with his political and artistic idealism.

Born on the Lower East Side of Manhattan in 1901, Harold Clurman had his first exposure to theater at the age of six, when his parents took him to see the great Yiddish actor Jacob Adler. Although the young boy knew no Yiddish, he later said of this first play, “…it was a transforming experience. I immediately had a passionate inclination toward the theater.” The vitality of the Yiddish Theater and the community of actors who made it up would long influence Clurman. After leaving home, he attended Columbia and later the University of Paris, where he wrote his thesis on the history of French drama from 1890 to 1914. It was then that Clurman first began to formulate his vision of a new American theater.

On his return to New York the following year, Clurman began a career that would last over half a century. Without any formal training, he made his stage debut as an extra at the Greenwich Village Theater. While acting he also worked as a play reader and involved himself in every aspect of theater. He said, “I was interested in what the theater was going to say…The theater must say something. It must relate to society. It must relate to the world we live in.” He believed that the new American theater would not simply be a place of entertainment, but an opportunity for artists to express their political and spiritual visions.

The dramatic community had reached a point of desperation after the stock market crash of 1929, with the number of new productions in decline and theaters closing by the dozens. Clurman suggested a theater with a permanent acting company. After seeing the Moscow Arts Theater, Clurman knew that if theater was going to succeed it must make radical changes in the acting process. Using Constantin Stanislavsky’s ensemble approach, the actors of the Moscow Arts Theater had presented a play more emotional and realistic than anything that had been on Broadway. Beginning in late 1930, Clurman gave weekly lectures on the benefits of a permanent acting company. He believed that once actors knew and trusted each other they could truly work together to create great theater. This new theater promised to exchange the opportunity of stardom and wealth for a lasting and meaningful community.

By 1931, together with Lee Strasberg and Cheryl Crawford, Clurman had gathered 28 others to form the Group Theatre. Among the young troupe’s members were such greats as Stella Adler, Morris Carnovsky, Phoebe Brand, Elia Kazan, Clifford Odets, and Sanford Meisner. The success of the Group Theatre prompted many other companies to embrace the ideas of Stanislavsky. The most successful of the Group Theatre’s plays were those written by Clifford Odets, such as AWAKE AND SING!, GOLDEN BOY, and WAITING FOR LEFTY. Though the Group Theatre lasted only ten years, it produced twenty plays and brought an excitement to the American stage that still remains.

After the closing of the Group Theatre, Clurman brought his vision to Broadway, where he was instrumental in teaching some of the most skilled and successful actors of the time. He worked to insure the theater’s growth by elevating its productions to the level of any other of the great arts. Working with writers such as Eugene O’Neill, Carson McCullers, and Arthur Miller, he created theater that was at once serious and popular, and uniquely American. In recognition of his great influence and commitment to the arts, he was awarded the rare honor of having a Broadway theater named after him. Today, twenty years after his death, Harold Clurman is considered one of the most respected and influential members of the American theater.

More From Broadway's Dreamers: The Legacy of the Group Theatre (4)