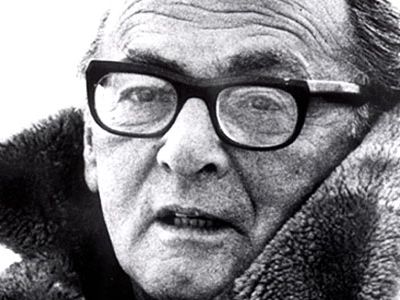 Sanford Meisner
Acting Teacher
(Aug 31, 1905 - Feb 2, 1997)
KNOWN FOR
Member of The Group Theater, head of the acting department of New York’s Neighborhood Playhouse School of Theater
QUOTE
"An ounce of behavior is worth a pound of words."
AMERICAN MASTERS FILM
Broadway's Dreamers: The Legacy of the Group Theatre
(Jun 1989)
Directed by Nick Doob 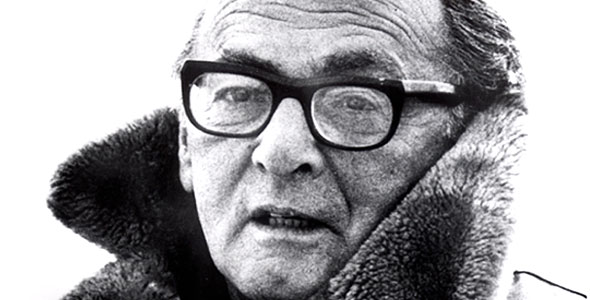 “Take it from a director: if you get an actor that Sandy Meisner has trained, you’ve been blessed.” – Elia Kazan

A leading acting teacher who trained some of the most famous performers of the stage and screen, Sanford Meisner was a founding member of the Group Theatre. The Group Theatre, a cooperative theater ensemble, became a leading force in the theater world of the 30s. Meisner performed in many of the group’s most memorable productions, including The House of Connelly, Men in White, Awake and Sing, Paradise Lost and Golden Boy. While still a member of the group, Meisner became the head of the acting department of New York’s Neighborhood Playhouse School of Theater. After the Group Theatre dissolved in 1941 Meisner devoted himself to teaching, appearing only occasionally on Broadway and in films (most notably, in Clifford Odets’ 1959 The Story on Page One).

Over the course of forty-eight years at the Neighborhood Playhouse, Meisner honed his skills as an acting instructor. Growing out of the days with the Group Theatre and the Russian theater theorist Constantin Stanislavsky, Meisner created a series of exercises for actors. For Meisner, acting was about reproducing honest emotional human reactions. He felt the actor’s job was simply to prepare for an experiment that would take place on stage. The best acting, he believed, was made up of spontaneous responses to the actor’s immediate surroundings. Meisner explained that his approach was designed “to eliminate all intellectuality from the actor’s instrument and to make him a spontaneous responder to where he is, what is happening to him, what is being done to him.”

The primary tool Meisner employed in preparing his students was spontaneous repetition. Among his many exercises was one in which two actors looked directly at each other and one would described a feature of the other. After this, the two actors would simply say the phrase back and forth. Because the phrases (such as, “You have soft eyes”) came from a physical reality apparent to the actors, the statement retained meaning no matter how often they were repeated. Another example of Meisner’s method has two actors enter a room playing specific roles without specific lines. They begin to speak and the plot is formed out of nothing but the surroundings. The actor’s concern is to remain in character. Techniques such as these allow actors to move beyond the printed script and address the underlying emotional or philosophical themes of a play.

Meisner’s role within the theater community remained important throughout his long career. Among his more famous students were actors Robert Duvall, Grace Kelly, Diane Keaton, Joanne Woodward, Lee Grant, and Peter Falk. Gregory Peck said of Meisner, “What he wanted from you was truthful acting…He was able to communicate, and the proof of that is the number of people that have come out of [the Neighborhood Playhouse] over a forty-year period who’ve gone on to become people who set standards of acting.” Though troubled with a number of physical problems, including losing his larynx, Meisner continued to be an active part of the theater community for his entire life. During his final years, he split his time between the Caribbean island Bequia and New York. He died at age 91, leaving behind a legacy of commitment and enthusiasm rarely seen in any art.

More From Broadway's Dreamers: The Legacy of the Group Theatre (4)