Among the strangest plants in the world are the Venus fly trap and the bladderwort. Both plants have evolved fascinating adaptations for trapping prey, and they provide scientists with valuable insights into the process of evolution. By studying these plants, scientists can learn more about how evolution works and how plants have adapted to survive in challenging environments. 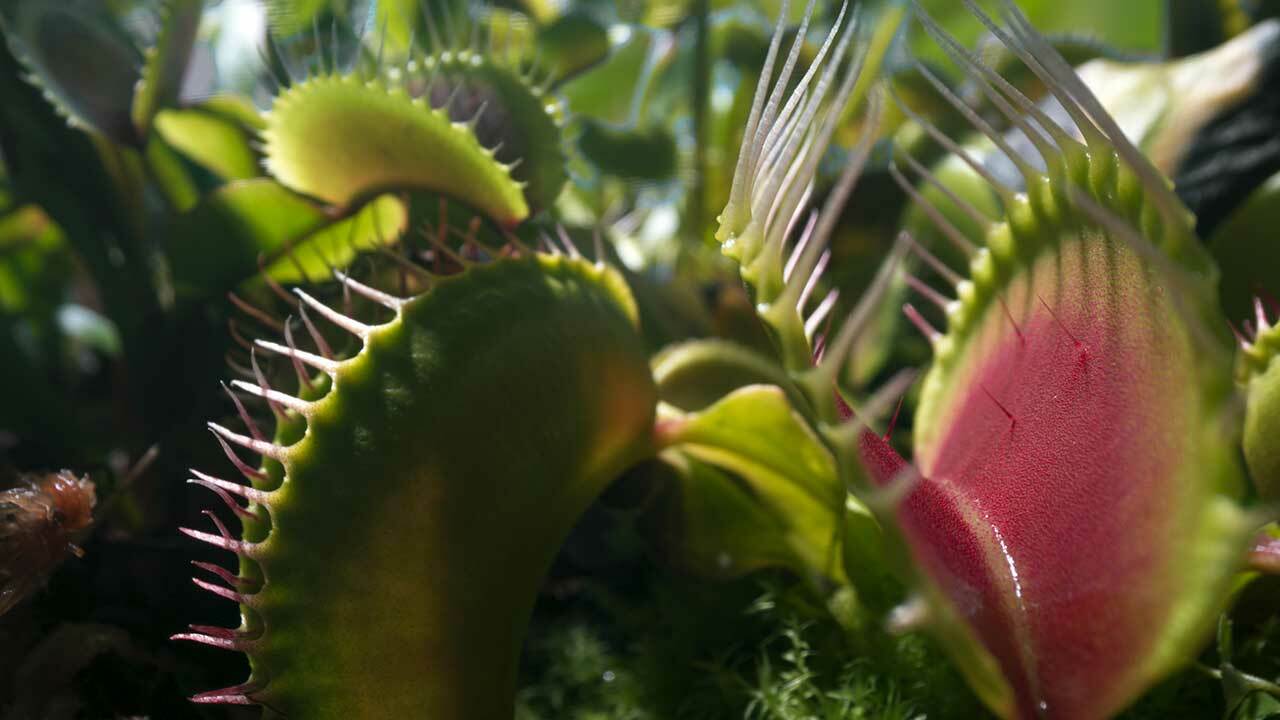 Venus fly trap, Dionaea muscipula, a predatory plant that can count. If an insect touches two of the small hairs in the leaf surface within 20 seconds, the trap snaps shut. The spines along the edge of the leaf form a cage. If the insect struggling inside touches the hairs another 5 times, the trap squeezes tight and the plant releases enzymes to digest its victim. | Credit: BBC

What is a Venus fly trap?

The Venus fly trap is a carnivorous plant that is native to North and South Carolina. The plant gets its name from its ability to trap and eat flies and other small insects. Although the Venus fly trap is often thought of as a rarity, it is actually quite common in the wild. The plant grows in nutrient-poor environments, such as bogs and swamps, where insects are its primary source of food.

How do Venus fly traps work?

The Venus fly trap is one of the few carnivorous plants that is able to move. The Venus fly trap has two leaves that are hinged at the base. Each leaf has small hairs on the surface that trigger the plant to close when they are touched. When an insect lands on the plant's leaves, they are slowly drawn inward by tiny hairs. Once the insect is inside, the leaves snap shut, trapping the hapless victim. The Venus fly trap then secretes digestive enzymes that dissolve the insect's body, providing the plant with nutrients. After a few days, the leaves reopen, ready to capture another meal.

How big do Venus fly traps get?

How to care for a Venus fly trap:

Although often thought of as difficult to care for, Venus fly traps are actually relatively easy to maintain, and can make a great addition to any windowsill garden. Here are a few tips for keeping your plant healthy and happy:

– Venus fly traps prefer bright, indirect light and high humidity. If you live in a dry climate, consider placing your plant on a pebble tray or misting it regularly.

– These plants thrive in nutrient-rich soil that drains well. If using store-bought potting mix, be sure to add extra perlite or sand to improve drainage.

– Water your Venus fly trap with distilled or rainwater to avoid damaging the sensitive leaves. Allow the soil to dry out completely between waterings.

With a little bit of care, your Venus fly trap will thrive and provide you with endless hours of enjoyment.

Where to buy a Venus fly trap:

If you're interested in growing your own Venus fly trap, there are a few things you need to know before buying one. First, make sure you're buying from a reputable source. There are many Venus fly traps for sale that are not properly cared for, and these plants will likely not survive long in your care. Second, be sure to purchase a plant that is at least 6 inches in diameter. Smaller plants are more difficult to care for and are less likely to thrive. Finally, make sure the plant you're buying has healthy leaves and roots. Avoid purchasing a plant that has brown or yellow leaves, as this is an indication of poor health. 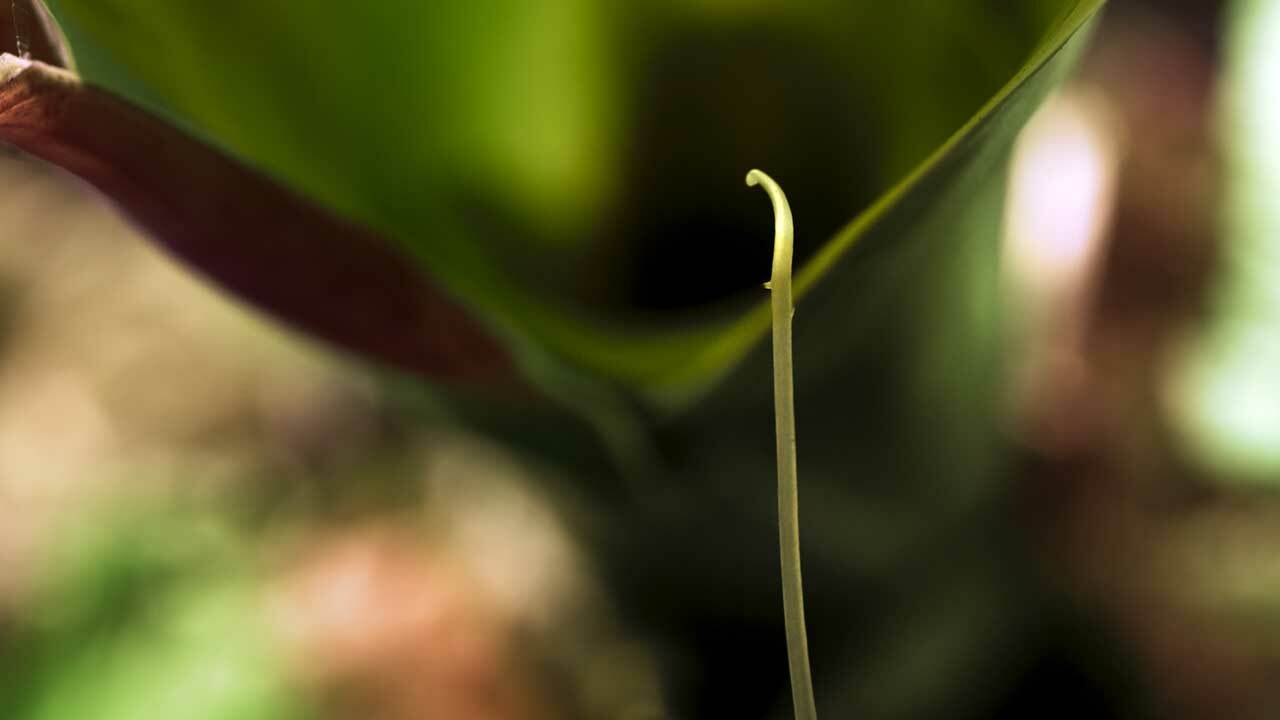 The stolon of a Bladderwort, Utricularia, a kind of hunting stem, approaching a water pool contained in a Bromeliad plant, in which small invertebrate animals live. | Credit: BBC

What is a Bladderwort?

Utricularia, commonly known as Bladderworts, are a type of carnivorous plant that gets its name from the bladder-like traps it uses to capture prey. These traps are made up of tiny hollow sacs that are lined with hairs. When an unsuspecting insect brushes against one of these hairs, it triggers the Bladderwort to open, creating a vacuum that sucks the insect inside. Once the Bladderwort has captured its prey, it envelops the insect in digestive enzymes, eventually reducing it to a nutrient-rich soup that the plant can absorb. Bladderworts are found in freshwater habitats all over the world, and they come in both floating and terrestrial varieties. While most Bladderworts are small, some species can grow up to a foot in length. Given their ability to capture and digest prey, Bladderworts are an important part of many aquatic ecosystems.

Venus fly traps and Bladderworts in PBS' "The Green Planet":

If you're looking for more information on carnivorous plants, be sure to check out "The Green Planet" episode, "Water Worlds" on Venus fly traps and Bladderworts. In this episode hosted by Sir David Attenborough, you’ll take a closer look at these strange plants and how they've adapted to survive in nutrient-poor environments. You'll also get to see some of these plants in action as they capture and digest their prey. So if you're interested in learning more about these fascinating creatures, be sure to watch.

This article was researched and compiled by Sandler Digital in collaboration with PBS.

Explore More of The Green Planet 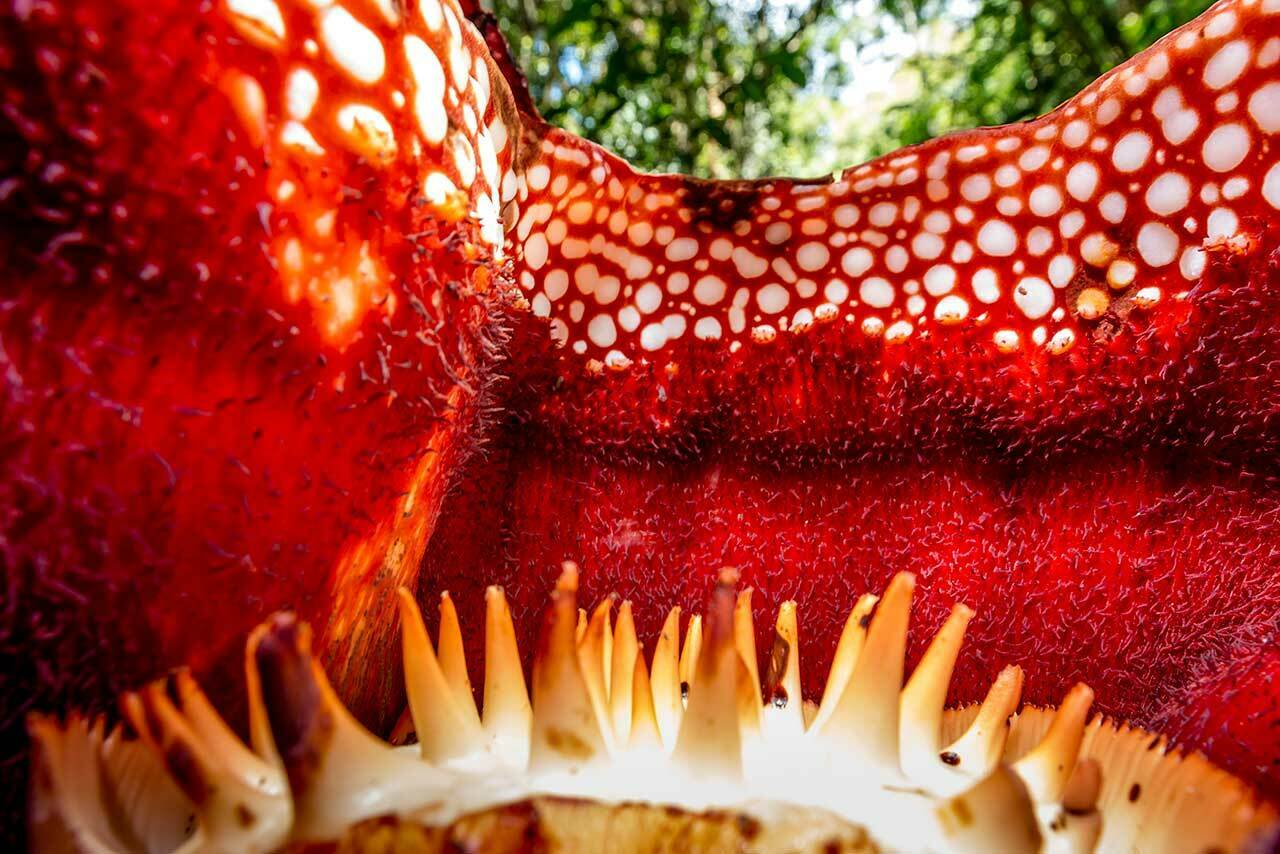 The Eight Weirdest and Coolest Flowers in the World
by Aryeh Brusowankin | July 06, 2022 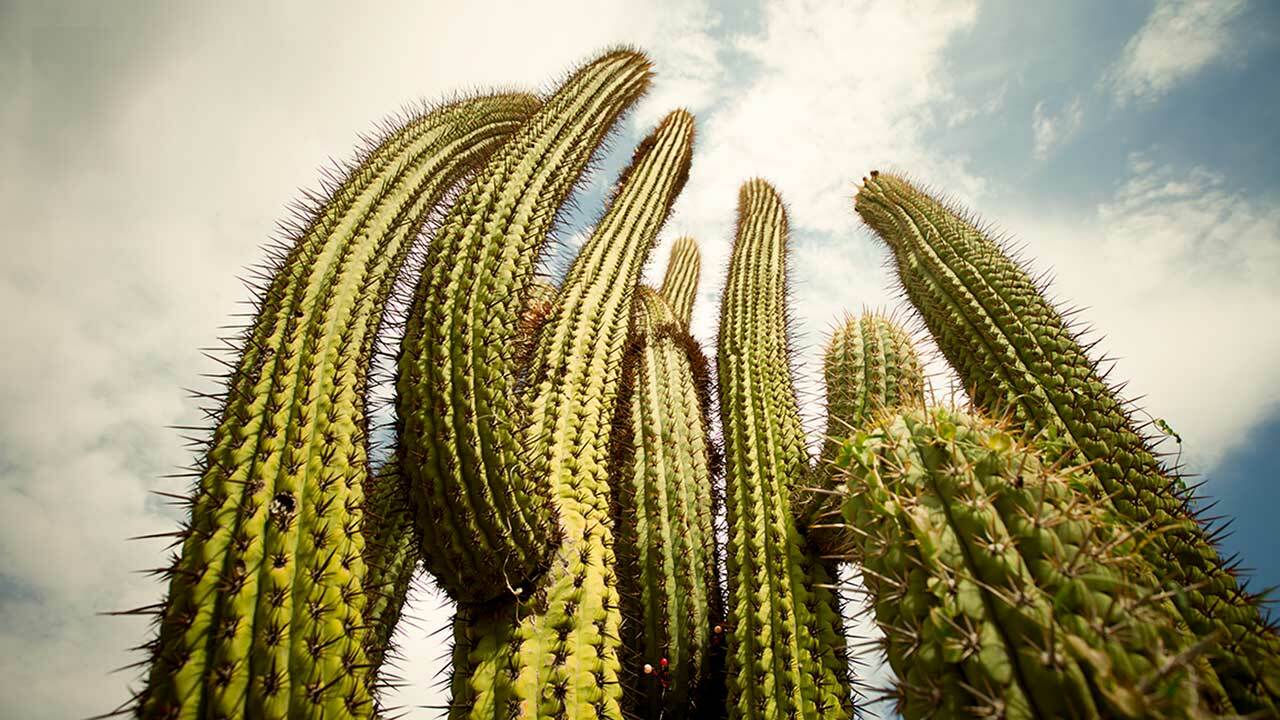 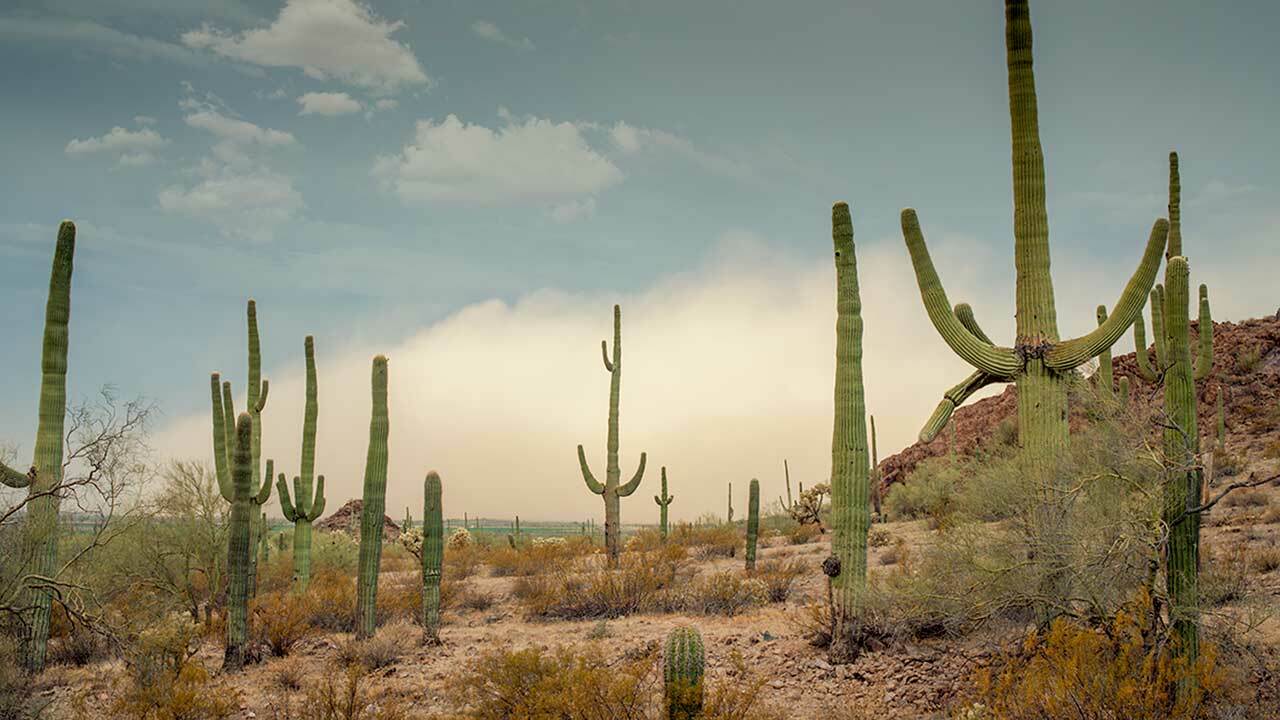 How Plants Adapt to the Desert or Low Water Environments
by Aryeh Brusowankin | July 05, 2022

Aryeh Brusowankin is a content producer at Sandler Digital, a Digital Marketing Agency specializing in Content Optimization, and a rising senior at Rutgers University, studying Philosophy and Psychology. Born and raised in Northern New Jersey, in his spare time, Aryeh enjoys following and rooting for a myriad of New York sports teams, traveling with friends and family, and skiing. After graduation, he plans on attending graduate school in pursuit of an advanced degree in clinical psychology.
Read More About Aryeh
Share