Posted by Emma Goddard on April 01, 2019
Warning: spoilers ahead. 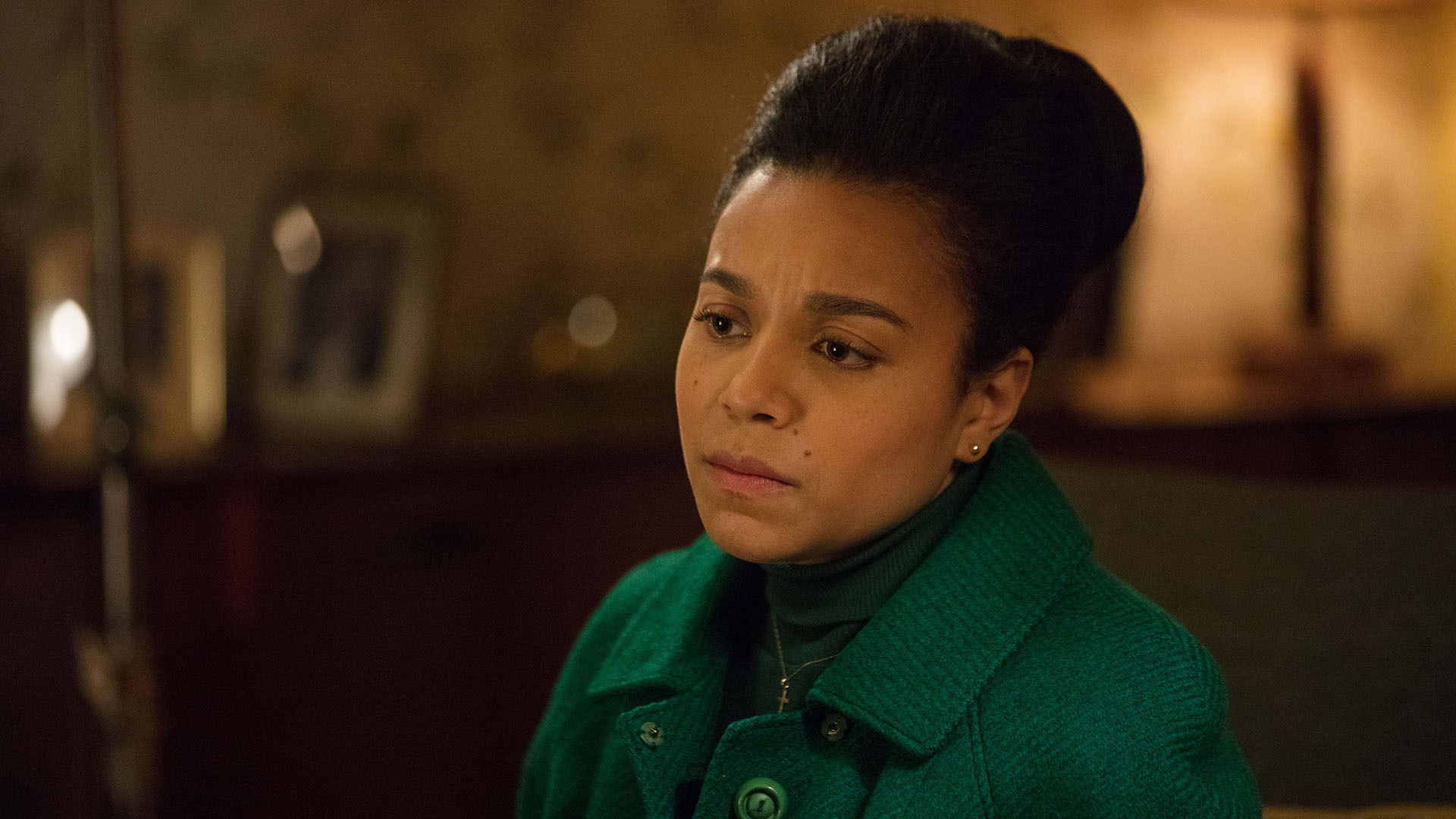 Welcome back, ladies and gents. We made it! New year, new us, but also, new midwives. Season 8 welcomes Sister Frances and Sister Hilda to Nonnatus House and Poplar is abuzz with gossip about Queen Elizabeth’s pregnancy. What a time to be alive!

When we last caught up with the gals at the conclusion of December’s Holiday Special, Sister Winifred had left "Call the Midwife" after five long seasons. Her time spent at Nonnatus House saw the departure of Jenny Lee, the birth of Chummy’s son, and of course the evolution of Trixie’s pixie-to-lob transformation. She came a long way through her time with the midwives, learning to drive a car, and even conquering her fear of delivering babies. Girlfriend saw it all. But times have changed, and we continue forward this season excited for the adventures that await.

Here’s where we are now:

Hailing from the motherhouse, Sister Frances and Sister Hilda become the next in line to slip into the blue capes worn by midwives past. A new recruit, the younger Sister Frances is eager to take on her new assignment in Poplar alongside the others. Yet she worries she won’t meet the expectations of her veteran colleagues. Accompanying her for the journey, Sister Hilda joins the group after years of service to the motherhouse, having overlapped with Sister Julienne early on under St. Raymond Nonnatus.

The Bonds of Sisterhood

Though most of the women embrace the everchanging environment of Nonnatus House, Sister Monica Joan struggles with the comings and goings of her comrades and updates to the way things are run. Honestly, we can’t blame her – this show is stressful enough to give us greys.

We first see her objection to the news that the house’s old medical bags, which have been in use since the time she was an active midwife, will be retired for sleek new cases. While she doesn’t verbalize her opposition to this, it’s pretty clear that the thought of them being burned and replaced with something unfamiliar to her is not going to fly. And as the emotional impact of these changes begin to take shape, Sister Monica Joan’s physical health also begins to weigh on her.

She’s further aggravated when she later witnesses Fred disposing of said bags, and sees her own bag waiting to face its fiery demise. The bag of course is symbolic of her own life —something she’s had trouble coming to turns with as old age confronts her — and this time, she doesn’t hold back her feelings on the matter. We take it Sister Monica Joan wouldn’t be a big fan of Marie Kondo’s KonMari method.

Down the road at the midwife clinic we meet Margaret and Clark Lombardi, parents to two boys and soon, twins. It becomes clear that Clark isn’t much help in the parenting department, and with the added stress of their home environment and a potentially complicated pregnancy, Dr. Turner requests that Margaret deliver at the maternity home.

It isn’t until Margaret’s gone that Clark finally understands the significance of her work as a parent (especially while pregnant, NBD) and recognizes his lack of support around the home. His guilt becomes apparent through his frequent visits to his wife, ensuring she has everything she needs, and Trixie quickly takes note of this. He even delivers dessert to Margaret not once, but twice in attempts to redeem himself. A changed man.

The Truth Comes Out

After a successful delivery with Lucille’s assistance, everything appears to be falling into place for Lesley and her family. Sister by her side? Check. Healthy baby? Check. Yet things take a drastic turn when Cath, who previously complained of food poisoning during Lucille’s house call, falls violently ill.

She informs Lesley that the stomach pain she had been experiencing was far worse than she had let on and was actually a result of an underground abortion procedure that went awry. Because of the illegal nature of this procedure, Lesley brings Cath to Nonnatus House where Valerie, Sister Frances and Sister Julienne assist her.

The Search for Sister Monica Joan

Back at Nonnatus House, Sister Monica Joan’s row with Fred proves to be too much and she soon goes missing. When the others receive word that she’s MIA, the ladies hop on their bikes and take to the streets in search of the Nonnatus House matriarch.

As night falls, Valerie is the first to find Sister Monica Joan sitting on the steps of her old stomping ground, Elfrida Hospital. Medical bag in hand, she’s waiting to be let in to the abandoned building following delusions caused by pyrexia. Distraught after seeing her in this state, Valerie — who was delivered by Sister Monica Joan during her time as a midwife — encourages her to return to Nonnatus House with her.

When she’s back and had the night to recuperate, Dr. Turner pays Sister Monica Joan a visit. Though he notes that he can hear a few crackles through his stethoscope, he’s not concerned about any larger health issues. And Sister Monica Joan, anti-doctor as usual, scoffs at the notion of taking any medication to ease her pain. Already back to her normal spirits, she’s quick to give our doctor side eye when he notes that she actually appears to be improving.

Following the terrifying and emotional trauma that Cath experienced as the result of a failed abortion surgery, Lesley takes it upon herself to notify the police. She’s determined to catch and bring punishment to the woman who maimed her sister, in an attempt to prevent other women from falling victim to her. She hits a wall when Sgt. Woolf tells her that they can only bring the woman in if Cath comes in with a name and statement regarding her abortion.

The events that unfolded left both sisters and the Nonnatans in a state of distress, and with Cath’s refusal to snitch, her case opens up a larger discussion in the house on illegal abortions. As Sister Julienne notes, since many women receive the desired result, few women are ever likely to ever come forward, and the cycle will continue as it always has in silence.

At the maternity home, Margaret begins her delivery while Clark waits anxiously at a nearby bar. The midwives run into a bit of a pickle, however, when Nurse Crane discovers a third heartbeat. The news comes as a bit of a shock to the team, and especially Margaret who definitely hadn’t penciled “deliver three babies” in her agenda for the day.

The third delivery turns out to be more complex and requires Shelagh to rotate the baby. And because there’s always more (this is a drama after all), they also discover that the baby has inhaled meconium. Dr. Turner orders the forceps to aid with delivery (eek, remember Eunice’s fear of birth from Season 7?), and Shelagh hurries into action to unblock the child’s airways. In the end, right as an obstetric flying squad enters the room, baby number three begins to breathe.

Letting Go of the Past

Back on her feet again, Sister Monica Joans searches for Fred. Finding him tending to the garden, she asks for his forgiveness after learning that the combination of her fever and the distress over losing her old medical bag may have caused her delusions. So she requests that he destroy it after all, doing her best to embrace the changing landscape of her career and life.

3 Is a Magic Number

Later, Trixie lets Clark know the exciting news that his family of four has actually turned into a family of five. Surrounded by his peers in a local pub, he’s showered with pints of beer in celebration (we’re right there with you, Clark). Yet it’s in the midst of the chaos that he finally receives a major wakeup call, after learning how his daughter went into a state of fetal distress during delivery and that Margaret, still weak from the birth of her triplets, is unable to comfort her. His overwhelming feeling of anguish at the thought of the T word quickly subsides when he realizes his daughter needs him. Without hesitation, Clark is quick to take on his duties as a father and rushes to her side. Margaret is proud to see her husband’s growth and the two move on happy and with a few more mouths to feed.

So there you have it, folks. One episode down, seven more to go. It’s been a wild ride so far, but we’ve only just begun. We haven’t quite experienced that gut wrenching pain and sorrow that Season 7 exposed us to, but hey, there’s always time. For now, turrah!

Forgot how we got here? Catch up with our Season 7 GIF recaps. And don’t miss our modern take on “Call the Midwife”: The Modern Midwives Blog.

From Thirteen.org | Four new babies, two new nuns, another heir for Queen Elizabeth, and the secrets of unwanted pregnancy.

From NPT Nashville | The Vanderbilt University School of Nursing Recap 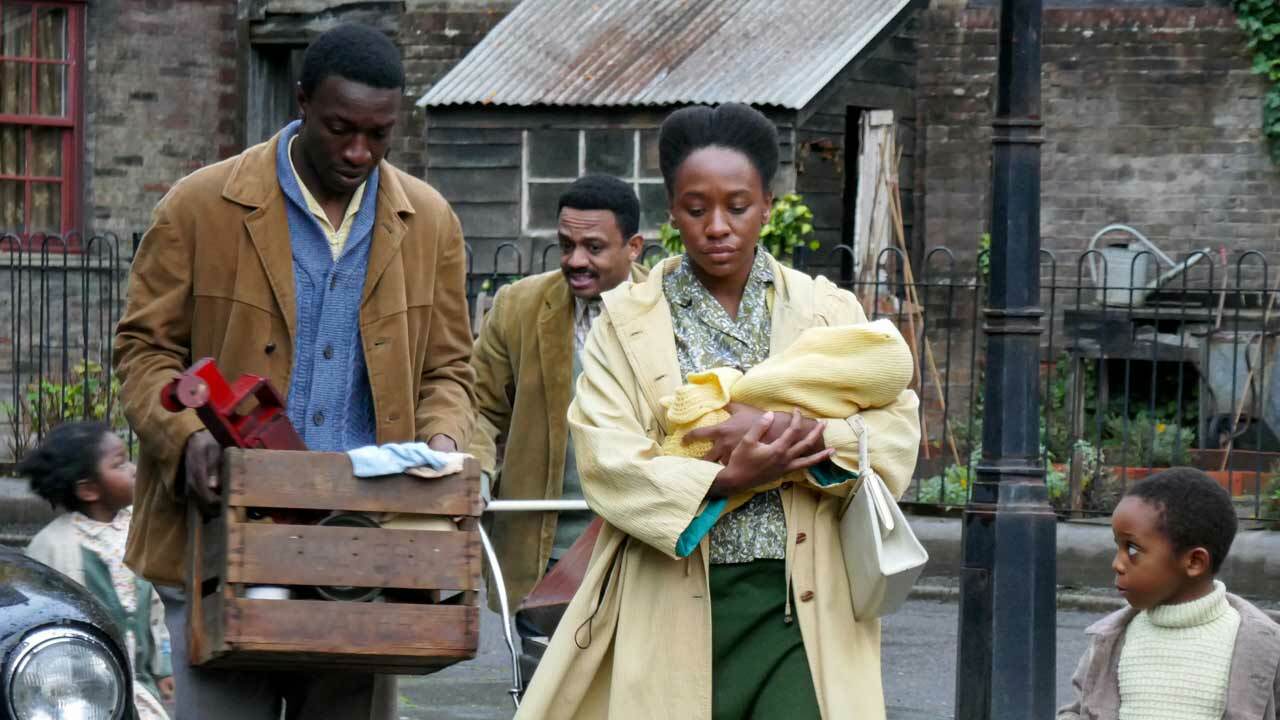 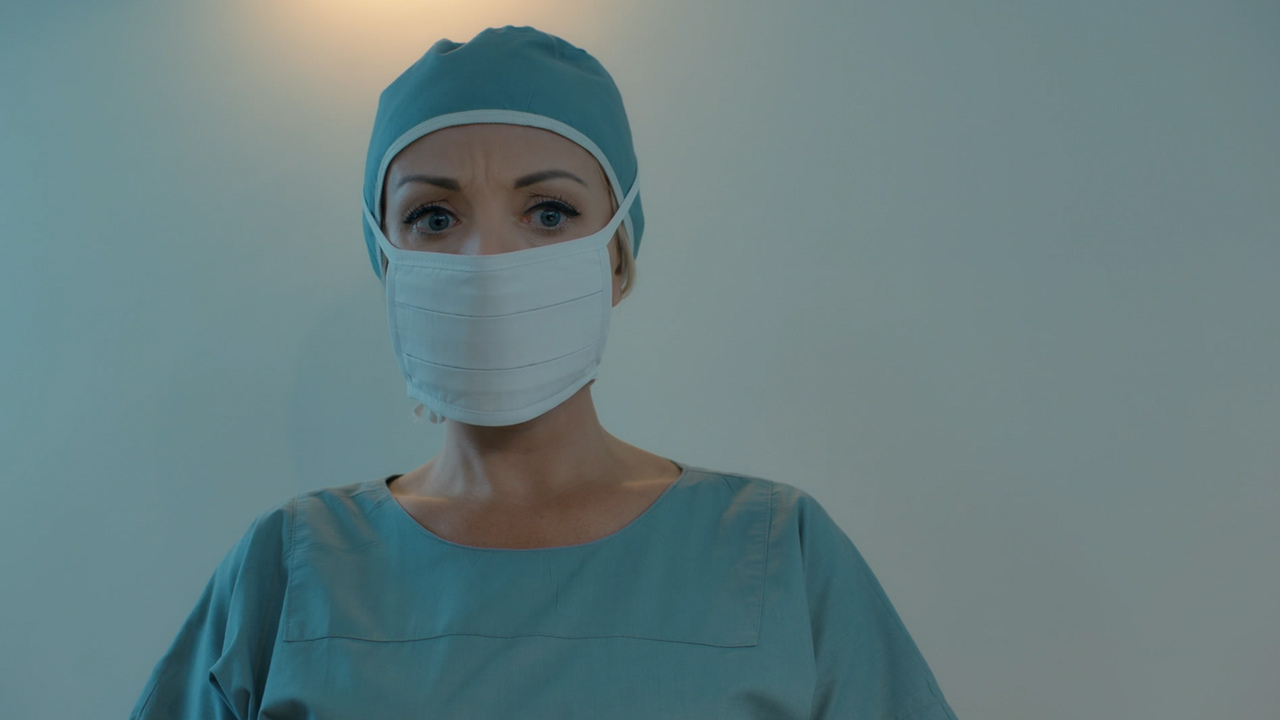 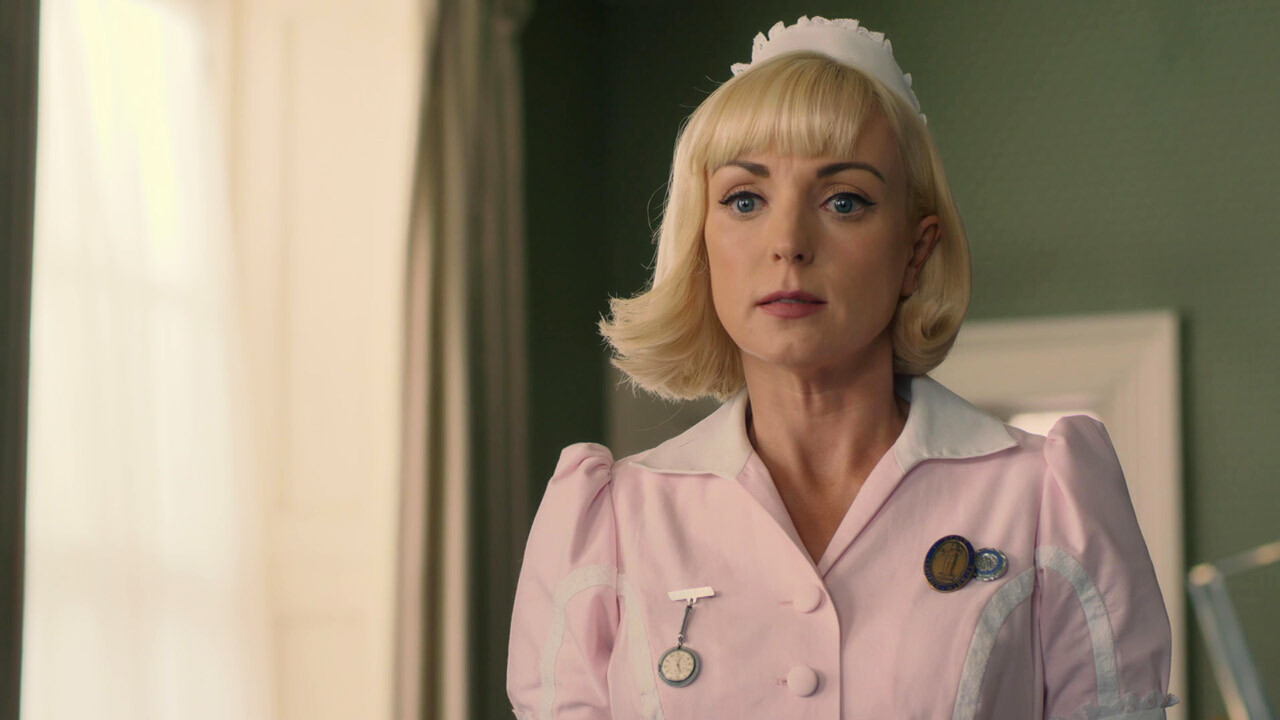