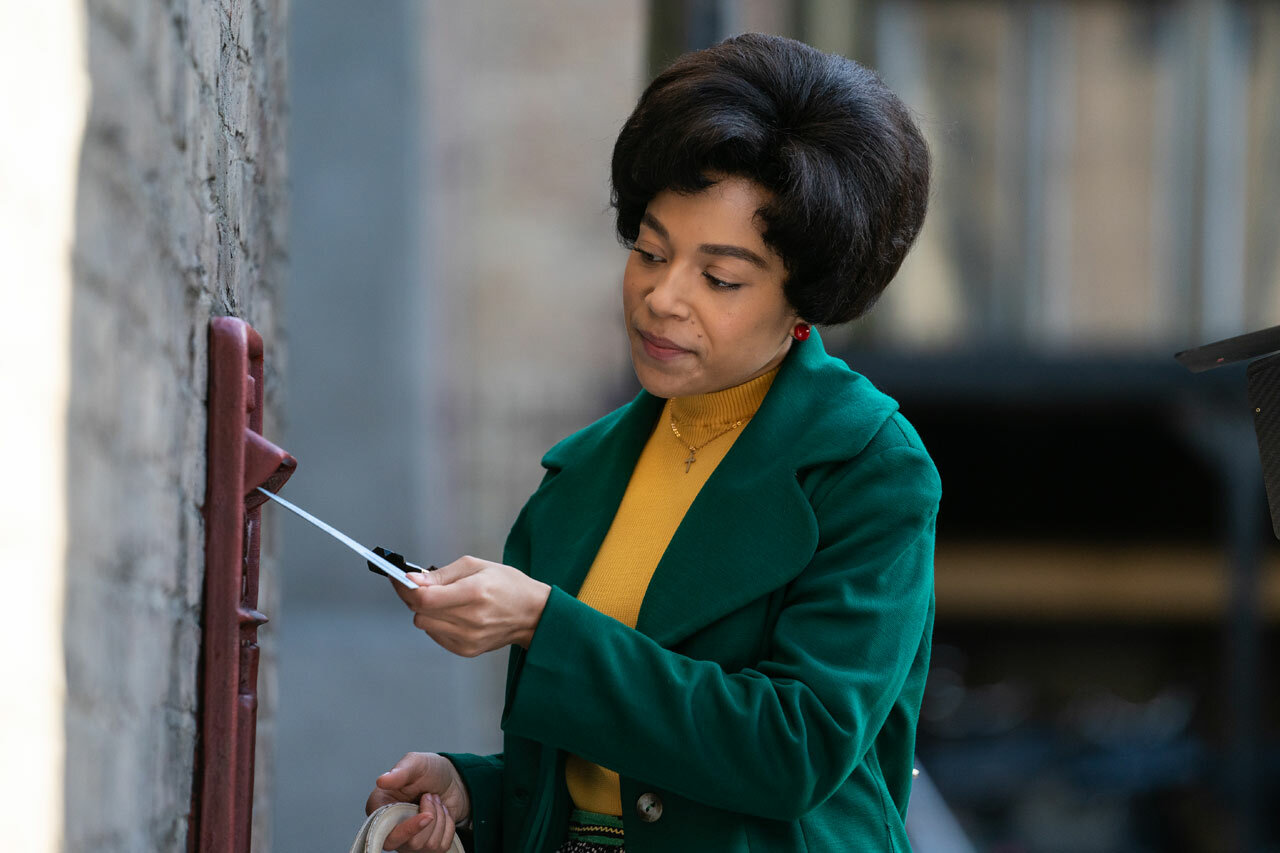 In this episode, a physician blames Mrs. Williams for her gestational diabetes. Essentially, she is accused of gluttony and made to feel guilty for allegedly not showing more restraint in her dietary choices. This type of judgment and shaming was then and now still consistently proves to be unhelpful. In the third of this series of posts, gluttony is the next deadly sin to be explored along with its opposing virtue, temperance or restraint.

The church originally defined gluttony as the consumption of anything beyond what is required to survive. Critics of religion suggest that the sin of gluttony was devised to encourage the poor to not want more by framing that desire as sin. Critics also argue that conspicuous over-consumption has long served western culture as a means of signaling high social, political and financial status while being justified by those so privileged as glorification of the church. In the modern world it seems the temptation to overindulge has become too great and the punishment for the sin too indiscernible. Gluttony seems everywhere in every form.

The sin of gluttony most often refers to food but is sometimes used to describe the over-indulgence of anything, including alcohol, drugs, or even material goods. Philosophers may argue that the desire for material goods is greed rather than gluttony. But most agree that greed applies when there is insufficient generosity rather than lack of self-control. Certainly there seems to be nuances in motivation and expressions between the various concepts of sin and virtue. Perhaps the greed of one group within a society can trigger a feeling of justified gluttony within another group.

Where does the phrase ‘glutton for punishment” fit into this idea of indulgence and self-control? Just as Nurse Lucille Anderson did during this episode, I would sometimes miss my days off to cover for sick colleagues. At one point in my career I was on call and carried a pager nearly every day. It was routine for my husband and I to take separate cars to our daughter’s swim meets and there were many times I missed her performance. More times than I care to remember, I had to leave a movie theater when my pager called me to a birth. I sometimes wondered if I was a “glutton for punishment.”

It is hard to practice work temperance or restraint when need is there. Every midwife has those days. Such a situation could hardly be considered an indulgence and certainly no sin. Yet, can it be sinful when we do not create boundaries between our work and our private lives? Does it become wrong when loved ones feel the brunt of our passionate desire to help? Like many of the deadly sins, it seems “wrongness” is in the loss of relationship to spirit and community, by centering on our own needs. Perhaps even indulging our need to help without restraint constitutes gluttony. As so often happens, a life crisis ended my work gluttony and with support of family and friends, I restrained my work life.

In this episode, the character of Louise Wrigley struggles with the consequences of emotional trauma and presents as incomprehensibly gluttonous for self-punishment. Then a modern understanding of mental illness provides a different perspective. Whether it is behavioral compulsion for attention, or alcoholism and drug addiction, scientifically we now understand and accept that these drives are symptom of illness. The effectiveness of modern pharmaceuticals and professional psychiatric care supports this truth. The importance for compassionate guidance and the value of spiritual care is demonstrated in the effectiveness of twelve-step programs. The multitude of adapted programs developed on the original twelve-step concept direct addicted individuals to receive and give support while surrendering to a higher power for strength. Temperance and restraint requires community support in order to create change in an individual’s environment. Success in relinquishing an individual’s gluttonous behavior is maximized by this support and change. What was perceived as sin in the past is now understood scientifically as disease.

At the risk of being preachy, I point out the following observation and offer this metaphor. The current excessive materialism of the modern western world can be described as a pandemic of gluttony, particularly as environmental impacts are debated. Modern society is not likely to seek redemption for this sin. Looking at gluttony as disease rather than sin opens new possibilities for cure. With either perspective, dismantling material gluttony will require culture-wide temperance or restraint. We need a world wide twelve-step program for our current material addiction. No single country can do it alone.

After all the struggles, both community and individual, Call the Midwife writers always distill concepts down to basics. The narrator closes the episode with a final inspiration. “We are stronger and less alone.” “It is not always easy but it can be beautiful.” We are not alone in this quest, have more power than we realize but it is difficult. We need to admit the addiction. “Hi, My name is Western World Culture and I am a material glutton” Perhaps only then can we all stand together and build trust that our world can break away from the hold of this cultural gluttony to experience the beautiful satisfaction of temperance and restraint.