I Believe in You

Posted by Andrea Altomaro on May 11, 2020
Spoiler Alert: This post discusses events in Season 9 Episode 7. 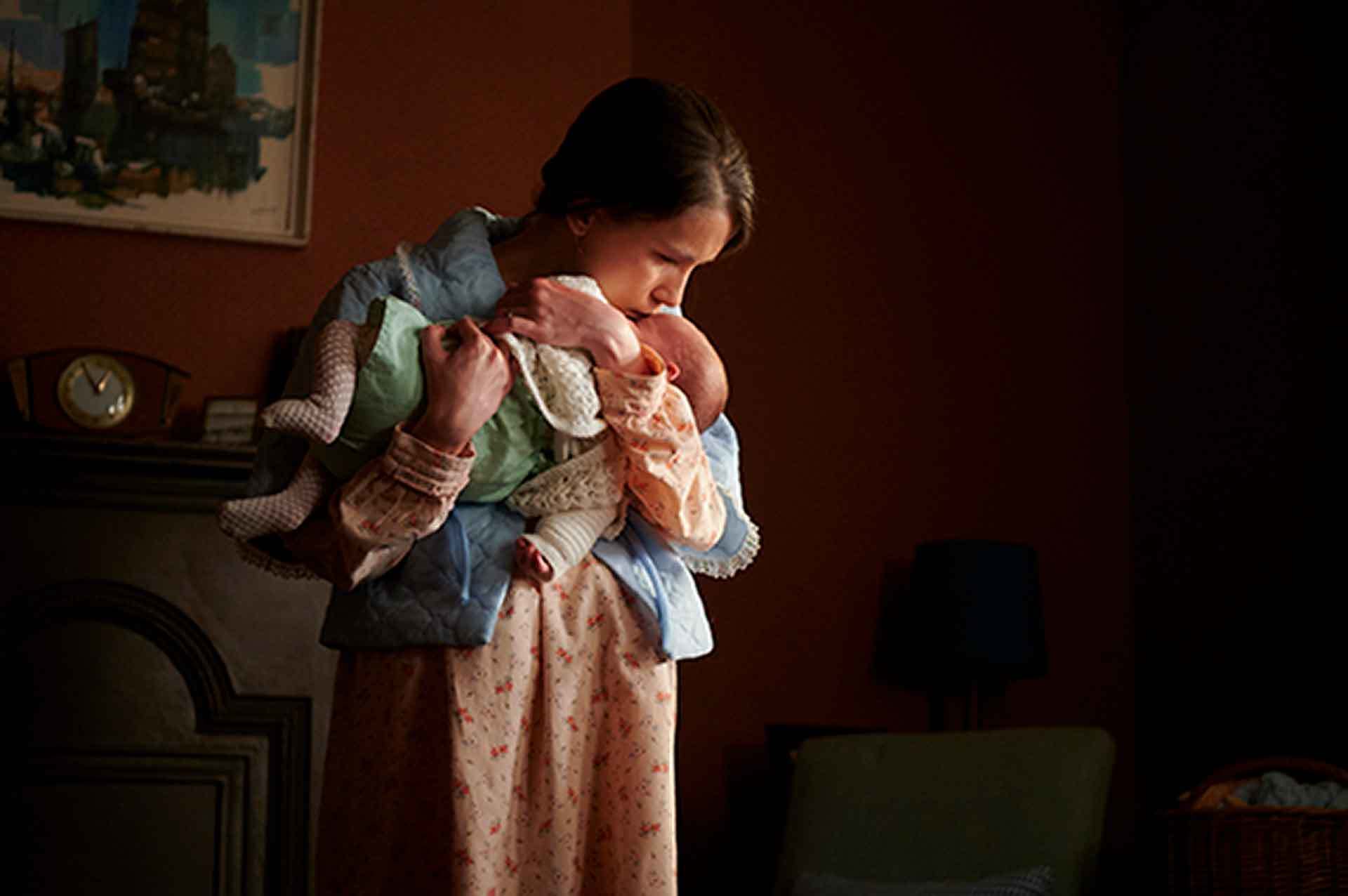 This week, we are celebrating National Nurses Week here in the U.S., and I’ve been spending some time thinking about the reasons people go into the nursing profession, and qualities that most nurses possess. Most come into nursing wanting to help others, and wanting to provide care during someone’s time of need. I continue to think about the sacrifices that nurses are making every day during the COVID-19 pandemic. Nursing care melds together critical thinking and evidence-based care with kindness, empathy, and trustworthiness. Our work has always been essential, but now as we find ourselves at the forefront of a pandemic, nurses are finally getting a bit more recognition.

This week on Call the Midwife, we saw Trixie working with Marion Irmsby, a young woman expecting her first child with her husband, Stewart. Marion was blind, and felt strongly that she only wanted to be treated like all of the other mothers. She didn’t want outside help with the baby after birth, and after an argument with her sister, was terrified that she may have her baby taken away from her. Although I was a little perplexed at everyone’s complete and utter shock that a blind woman would be having a baby, I understood their concern that she may require extra assistance caring for the baby after birth. One thing that stood out to me was that Trixie remained so supportive, kind, and empathetic while also continuing to be frank and tell the truth when she had any safety concerns.

Trixie clearly believed in Marion Irmsby. She believed Marion would be a good and loving mother, and while her blindness would create unique challenges, Marion could overcome them. Trixie could see that fear was motivating Marion to refuse help, but that help wasn’t something to be feared. Through the trusting relationship she was able to foster with Marion and Stewart, and later with Marion’s sister Beryl, Trixie was able to arrange help for Marion to allow her to be the best possible mother to baby Rosemary.

Being a midwife means we have to believe in our patients. We have to believe that they know their own bodies, that they are their own experts. We can equip them with our knowledge or recommendations, but we need to truly listen to them so we can provide the best care possible. We also have to believe in their abilities to succeed with their goals. I’ll admit to it, I’ve had some pretty judgmental thoughts before, like, she said she doesn’t want an epidural, but she doesn’t seem to be coping well. She didn’t take classes to prepare. I’m not sure how this will go.

I’ve done a lot of personal work as a midwife to let go of my judgements and get myself on the same “team” as my patient. Not everyone needs a fancy class to have an unmedicated birth. Not everyone reacts to the sensations of labor in the same way; it doesn’t mean they aren’t “coping” well, it just means they are getting through it in a way we might not be used to. My role during a birth is to combine the knowledge and skills that I have with providing support and encouragement. I need to know when to intervene, and when not to intervene (and both are equally important).

During my last shift at work, I attended a birth where the woman had been through a very long labor. I walked in at the tail end of pushing, everyone was in the room and ready to meet the baby, but she just couldn’t wrap her head around the fact that it was really happening. There are so many sensations in your body in those moments before birth. The pressure, the stretching, and maybe pain from contractions—it can be overwhelming. So often, the words we hear spoken are, “I just can’t do it!” We know, though. We see the progress, we see that little tuft of hair emerging, no longer slipping back inside in between contractions. We know that on the other side of that pressure, there is going to be the greatest relief. We believe in you, because we know sometimes it’s hard to believe in yourself.

We also know that what looks and feels impossible usually isn’t. Have you ever watched a birth? Especially for a first-time parent, because the pushing often takes a little longer. You get to see small sliver of the baby’s head, and then it slips back in. This dance can go on and on for what feels like forever, until finally, the head stays put. You can see a small part of the head even in between each contraction. Soon, you get to the point where the support person often says, “It’s almost out! It’s coming!” As the midwife, I smile a little, because I know how much of the head is still waiting behind the scenes. I’ve seen the looks on the faces of the partners, family members, or students seeing their first birth with me when the rest of the head truly emerges. We have complete awe for the birthing person, whose strength, power, and bravery helped them perform some incredible work. I also want to add, I have that same admiration for birthing people who might require or choose cesarean birth. Imagine being so strong, and so brave that you would accept a major abdominal surgery in order for you baby to have the healthiest outcome!

I am ending this post filled with gratitude for the work that nurses and midwives continually show up to do. Through fears for our own health and safety, limited PPE, and at times overwhelming patient loads, nurses keep showing up. If I was a midwife at Nonnatus house, I’d be bringing out the lemon barley water to toast with. Here’s to hoping that this pandemic sheds light on the value of all essential workers, in health care or otherwise. Here’s to Call the Midwife for accurately representing the work of midwives, bringing the knowledge of the midwifery model of care to the mainstream. Happy Nurses Week!

Discovering Ways to Cope with the Here and Now