Keeping These Bonds with Us, Always 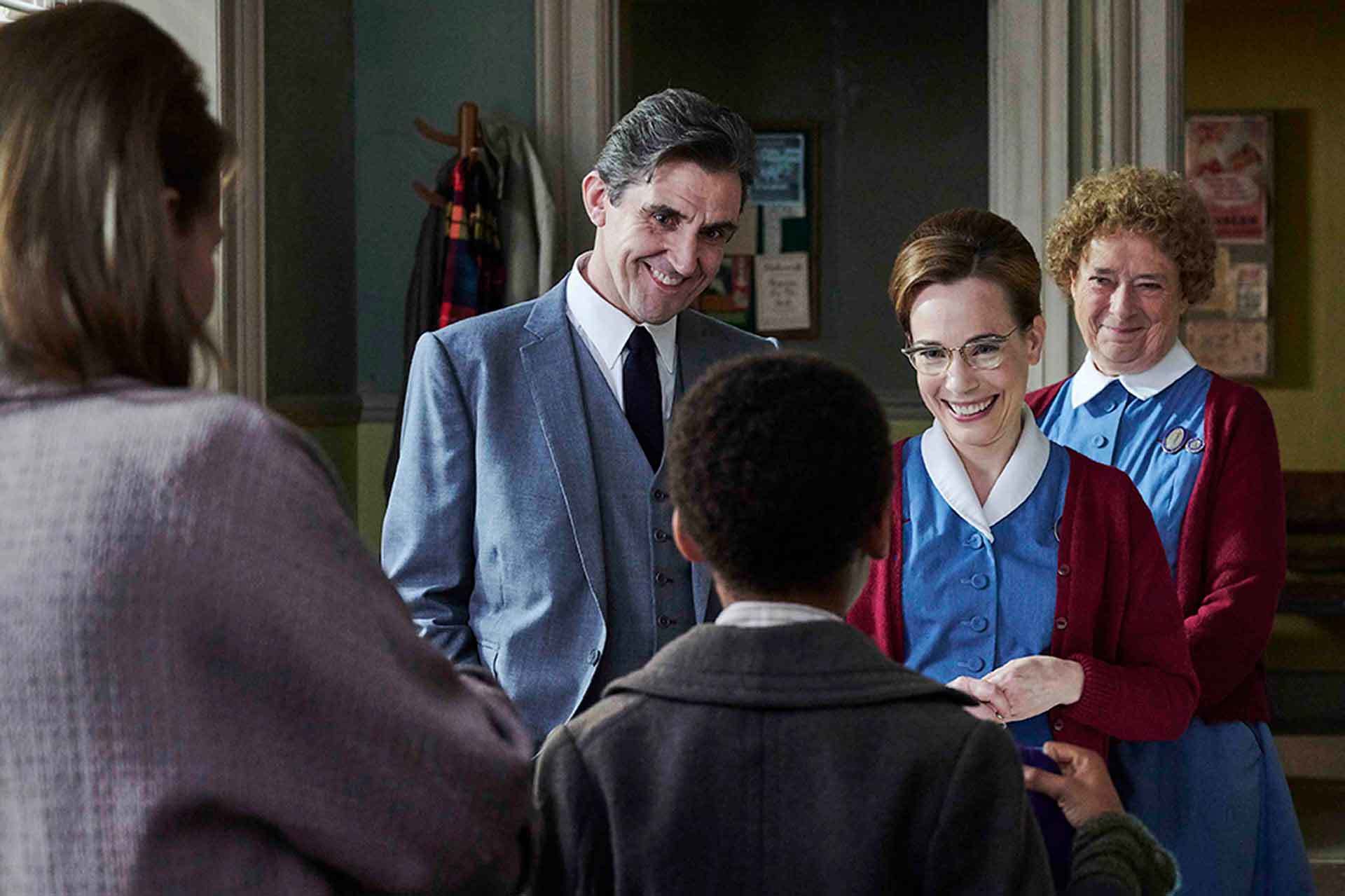 Beginnings and endings… as a midwife I am strangely drawn to both; perhaps it is the cycle of life that I am witness to in my work that attracts me. In any event, as many other fans of this much beloved show, I eagerly anticipate the start of every new season to catch up on what my old friends in Poplar, who have become family, are currently up to. Speaking of beginnings, while I am new as a Call the Midwife blogger to this site, I have been so fortunate to have been able to blog for the PBS affiliate NPT in Nashville, Tennessee, for the first eight seasons of the show. I hope that you enjoy reading my thoughts as much as I enjoy putting them to paper.

One of my favorite things about the show is the voiceover text in the character of Jenny Lee (read by Vanessa Redgrave) at the beginning and end of each episode. Her words are often so insightful, so rich in wisdom, that I suspect like many of you, I replay those parts, scribbling down the words so that I can pull them out and savor them at my leisure.

This week, in the season 9 premiere episode, we heard Jenny Lee’s voice at the opening saying “Where do we begin? What makes the start of any new adventure? Is it the first step, the deep breath, the single leap of faith? And what do we leave behind us when the future calls?” As someone who recently took that leap of faith and changed jobs, moving with my family from one state to another, those words resonate strongly. Yet, what is that familiar quote “the more things change the more they stay the same”? Enter the second thing that I really love about this series. The time period is not that of today’s, the fashion and the politics are different than today – yet so much that was relevant then still looms as pertinent today.

Take the problems of decent housing and what I call “social care” of women and children. We watched the first birth of the season occurring amidst the demolition of structures surrounding the birthing woman. We were then shown the plight of the homeless woman who (along with her young son) were exposed to diphtheria in the squalid living conditions of a homeless facility where disease and infection often reign unencumbered. The implications of poverty even touched Nonnatus House, as we learned of its pending destruction within the next two years as part of the “slum clearance” efforts of London’s east end via a letter that Sister Julienne (Jenny Agutter) received. The issue of the young family living at the homeless shelter, having been on a waitlist for decent public housing for 7 months, is nothing new for us to hear today. The right to adequate housing defined as “the right to live somewhere in security, peace and dignity” was recognized in the 1948 Universal Declaration of Human Rights. It boggles one’s mind to know that this is still out of the reach of so many in our society. Yet as mothers have always done, they make do with whatever circumstances they are dealt, in order to provide the best of what they have (too often from very little) for their children.

Perhaps some viewers had a very quick visceral reaction to the thought of the mother abandoning her baby, as we watched Fred (Cliff Parisi) discover the baby in the garbage can. I was thankful to hear Dr. Turner (Stephen McGann) say, as he was examining the baby, “I feel as sorry for the mother as I do for the child”. Women don’t abandon babies out of some profound sense of selfishness; as Sister Mildred (Miriam Margolyes) noted, “the relinquishing of a child has little to do with poverty, and much to do with desperation.” Were the desperation that is the impetus for such an act still not an issue today, there would be no need for every US state to currently have a safe haven law, wherein parents may leave a baby at designated places, no questions asked, if they feel they are unable to care for the child.

Another issue from this episode, which eerily mirrored current events, was that of the rapid spread of infectious disease and the public health issue that infection can so quickly become. I am guessing that not too many readers will have memory of the devastation and death caused by diphtheria, before it was basically eradicated from developed countries in the late 1940’s (not until the 1980’s in developing countries). Prior to widespread vaccination, nearly 16,000 deaths annually were attributed to diphtheria. That is higher than the 14,000 US deaths attributed to influenza in 2019, according to the CDC. Diphtheria victims die a particularly gruesome death as the poisons released by the bacteria attack the cells in the nose and throat, causing a grey membrane to form at the back of the throat; remember Dr. Turner pointing that out to Miss Higgins (Georgie Glen) with the flashlight? This membrane can eventually cause the affected person to choke to death. Whether you are discussing required childhood vaccinations, or the Coronavirus, the urgency of the best way to deal with public health crisis, borne from infectious diseases, is as paramount today as it was then.

As a midwife, the reference to midwifery in this episode that I most- appreciated was when Trixie (Helen George) and Sister Mildred (Miriam Margolyes) went to the jail to met the young woman who had given up her baby introducing themselves with, “We are midwives and nurses and your friends; while we are caring for you we will be whichever of those you need.” I so identified with that statement; I am a midwife, and I am also a nurse, and have also, at times, best met women’s needs (through my midwife role) as their friend. And what has been the greatest benefit to me – what I cherish most about my job as a certified nurse-midwife - is the friendship of the women who have entrusted me with their care. The motto of the American College of Nurse-Midwives is “With women for a lifetime” which is a perfect way of saying that we carry a little part of every relationship that we form with our clients with us always. I look forward to the next episode!

In the Midst of a Crisis, Our Actions Impact the Outcome

Carrying Our Past Into the Future