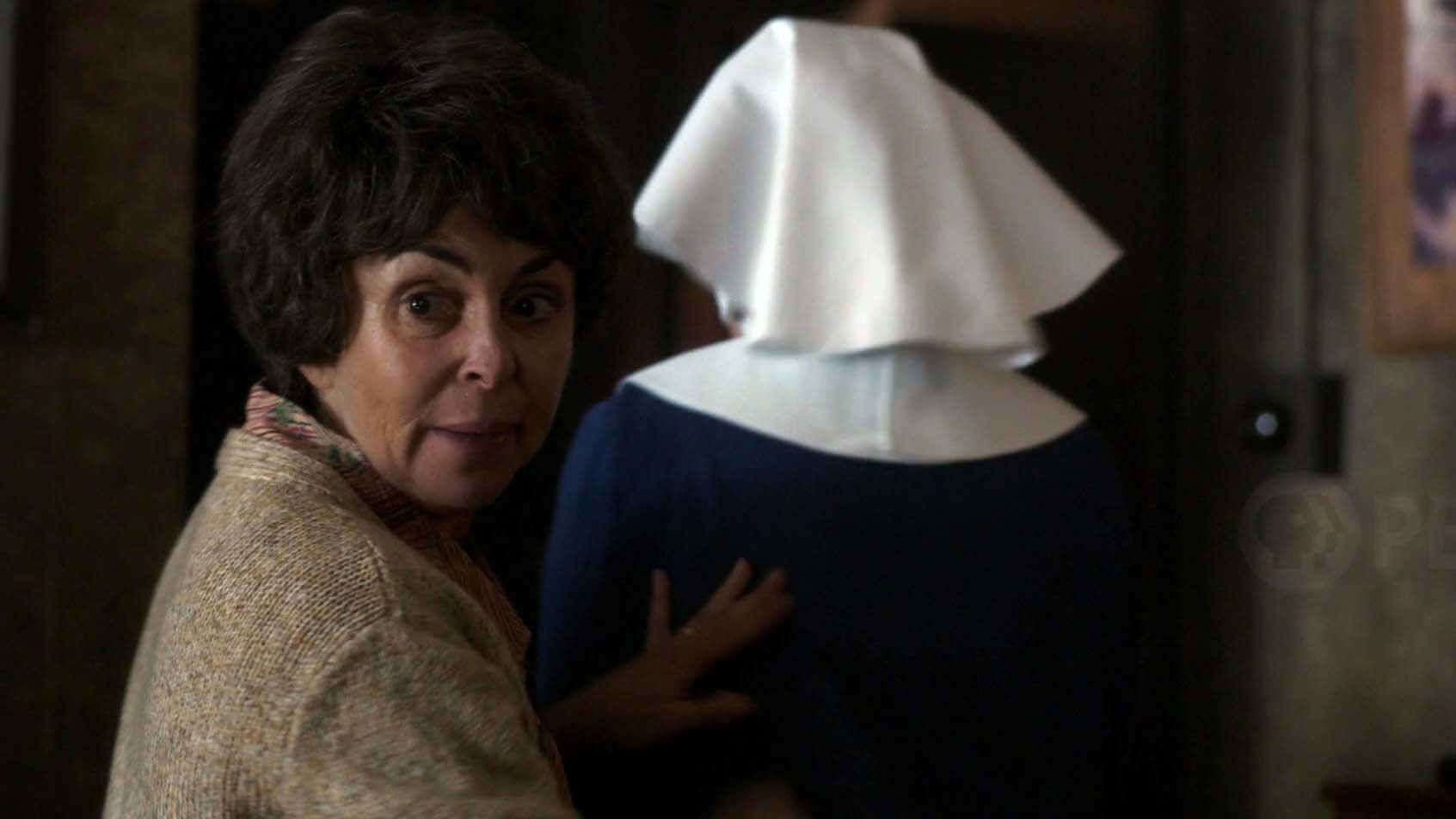 SUPERWOMAN syndrome – did you know that there is really a name for the phenomenon? Though there wasn’t a name put to it until the 1980’s, it has existed as long as the human race. What it refers to is the woman who works hard, juggling multiple roles (motherhood, job, extended family, social life, etc.) which require hefty commitments of time and energy – all while trying to give 100% of herself to everything. Some women come to this syndrome by their own volition (enter our current day model of the 'do it all, BE it all woman'), and some women come by it as a result of life circumstances – wherein life thrusts enough responsibility for 10 women – onto one.

Enter Mrs. Grace Calthorp in this episode, and life has handed her a LOT: a husband with a chronic illness who needs her constant attention and care; a daughter who has just given birth to her second baby who also assumes that “mum will take care” of her (and her family) in the days and weeks after the birth; a toddler and a new grandbaby whom she is counted on to look after, and an aging mother with dementia and incontinence. And to boot, Grace has her own health issues with fibroids (which are benign uterine tumors that cause very heavy periods) which cause her to have severe anemia from the blood loss. She is part of the “sandwich generation” – that is those of us caught between caring for both our own children and our aging parents – an often exhausting and lonely place to be. Indeed, Mrs. Calthorp refers to the middle aged woman as being “invisible”.

The “superwoman” phenomenon can have very real, very negative health consequences. Under the stress of trying to keep it all together, women may experience physical manifestations like generalized aches and pains, difficulty concentrating, trouble sleeping, trouble with memory, and bouts of anxiety. It’s not a sustainable feat – keeping so many plates spinning in the air, soto speak. Eventually there will be health consequences.

Thank goodness for Sister Frances (Ella Bruccoleri) who has the courage to have a “come to Jesus meeting” (as they say in the south) with Mrs. Calthorp’s family informing her husband that he needs to do his part around the home and learn how to give his own insulin injections. And to her daughter Sister Frances imparts that she needs to step up and take care of her own household. That we all would have a Sister Frances to step up on our behalf when we are pulled in an endless number of directions...

Another theme from this episode I wanted to address is the figurative “beating” that Sister Julienne (Jenny Agutter) takes from not one, but two, of the show’s characters who basically accuse her of living a “privileged” life of piety that shields her from comprehending the real-life woes of the women of Poplar. The daughter of the dead woman who delivers her mother’s life savings to Sister Julienne (per her mother’s wishes), with the accompanying message that Sister Julienne “doesn’t know the meaning of the hard work” it took on her mother’s part to save those pennies, obviously has never job-shadowed a nun.

Sister Julienne’s true character shines through when she humbles herself to remove her habit and live as just another woman of Poplar – if only for an afternoon. Watching her delight in the simple pleasure of enjoying a chocolate bar at the movie theatre watching the Sound of Music was an enjoyable moment. Seeing her spend some of the money given from the woman’s life savings gift to bring such pleasure to the other midwives and nuns of Nonnatus was heartening. And even more endearing was Sister Monica Joan’s (Judy Parfitt) recognition of Sister Julienne in the street (out of her nun’s habit), refraining from calling her out, indeed even providing an alibi for Sister Julienne to the others at Nonnatus. She gave Sister Julienne that gift of brief respite from herself. All of us need that now and again; a breather from our daily lives and mindsets, if only for a moment. It refreshes our souls, and gives us valuable perspective to be able to step outside of ourselves and just “be”.

And the words of Jenny Lee (Vanessa Redgrave) at the front of the episode certainly remind us all ofthe vital, life changing work of the nuns of Nonnatus when she refers to their role in Poplar with these words, “The sisters of Nonnatus House were guardians of the threshold; a wise word, a gentle glance, the first, or last, moment of blessing. They brought wisdom, they brought comfort, they brought love. They were witnesses to all that mattered; struggle, loss, triumph, ties of blood, other people’s lives were their lives, and in their service they gave all that they had, all that they were. They did not stop to count the cost as this was their mission, their calling, their joy.”

Last words, I promise… Midwife Phyllis Crane’s (Linda Bassett) response to the young father-to-be who insists on being present for the birth of his child; “Placing men at the center of childbirth? What a strange state of affairs. Fathers have no need to assist in welcoming of babies into the world – their job comes later.” Thank goodness time has brought about progress in noting the importance of those closest to the patient being involved in the birth. One of my most favorite things about being a midwife is having the opportunity to place my hands over the hands of the woman’s partner, assisting them to receive the new life into their hands, removing my hands as soon as I know that baby is secure in the partner’s hands, and then stepping back out of the moment – their moment. Honestly, there is nothing better than seeing that look that passes between two individuals as new life is ushered into their family, as everything else in the room fades to backdrop. As the midwife present my job is to be the guardian of that moment, the caretaker who protects the sacredness of that space, fading into the background as soon as able to do so. I have a lot of favorite quotes about what I do as a midwife but my most favorite describes what I am referring to here best:

“You are a midwife, assisting at someone else’s birth. Do good without show or fuss. Facilitate what is happening rather than what you think ought to be happening. If you must take the lead, lead so that the mother is helped, yet still free and in charge. When the baby is born, the mother will rightly say: “We did it ourselves!”

From The Tao Te Ching, 4th century BC

Life Can Change in One Breath