There is Still Much Worth Fighting For 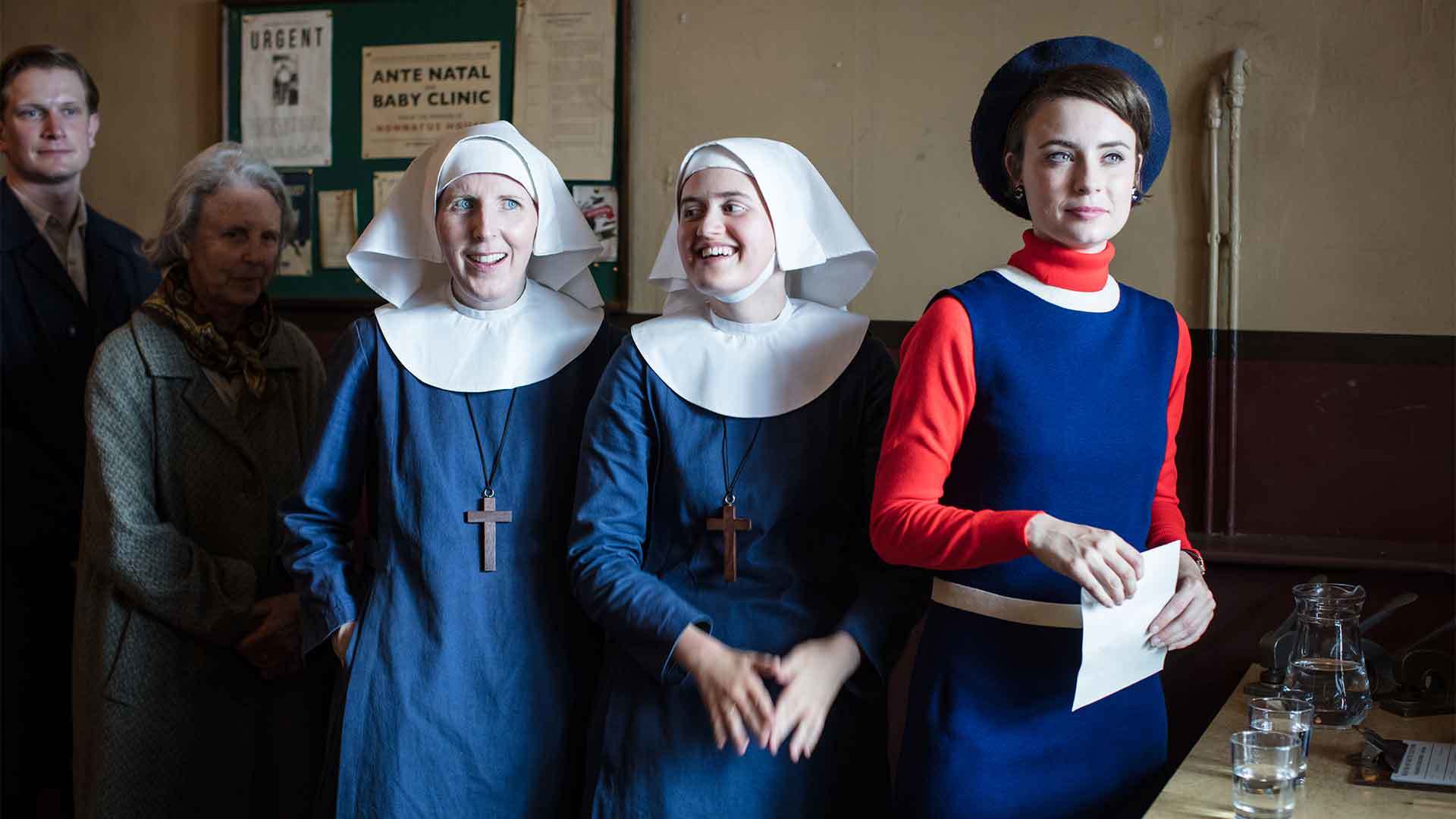 In this 2nd episode, we are introduced to the delightful Adu family emigrating from Ghana. We soon discover their challenges dealing with sickle cell anemia. Sickle cell is a genetic mutation more common in people from Africa, India, Caribbean, Middle East and Mediterranean countries. Its occurrence corresponds to the high prevalence of Malaria in these countries. Malaria is a significant cause of death in these areas. It seems that sickle cell trait is protective against Malaria so it makes sense that those with the mutation would survive to pass it on. As Trixie predicted, treatments for sickle cell disease have improved and further research on how sickle cell trait protects against Malaria may lead to treatment and cure of that deadly disease. Our knowledge continues to expand.

Then there is the leg ulcer thing. Dr. Turner devotes a whole clinic to this problem. It is still a common health problem among the elderly. With aging, circulation in the lower leg decreases, the skin thins and risks of skin breakdown with resulting ulcers increases. This is the problem that introduces us to Ms. Millgrove, a feisty woman of substance, despite her failing health.

I challenge you to go back and watch the episode again to notice how often racism and sexism raises its head in the interaction and dialog between characters. Often in very subtle ways, just like real life.

But this episode is not about sickle cell disease or leg ulcers. It is about human rights. This is a moment in history in which the civil rights and women’s rights movements rise up and inspire each other. It is a connecting point in which people started to ask themselves, “What is worth fighting for?” I challenge you to go back and watch the episode again to notice how often racism and sexism raises its head in the interaction and dialog between characters. Often in very subtle ways, just like real life.

Being a privileged white American, I was not subject to racism. Being female, I dealt with my share of sexism. My high school counselor told me in 1969 that since I was pretty smart, for a girl, I should go to college to become a teacher or a nurse.

As a nurse, I saw the dehumanizing and physically harmful effects of racism and sexism on the maternity wards and in Detroit communities. Mind blown. I had no idea others could be so insensitive and lacking of empathy. Yes, some things are worth fighting for. As a young woman, I was inspired by the courage and strength of Civil rights leaders and leaders of the Women’s movement. I took my place in the childbirth education movement, also influenced by the other human rights movements of the times.

Becoming a midwife, even in the 1990s, felt like an act of defiance. I felt like I was training to become a warrior to defend women’s freedom to birth peacefully and with dignity. More than once I took the exact stance that Nurse Anderson did to block the door of a birthing room to keep an obstetrician from barging through.

As a nurse, I saw the dehumanizing and physically harmful effects of racism and sexism on the maternity wards and in Detroit communities. Mind blown.

In my first hospital practice, I was just one of 3 midwives (the first 3 ever) among dozens of obstetricians. I like to think I influenced other care providers to give more enlightened care. I like to think I empowered those I cared for with education and respect. In turn, many of those I cared for inspired me with their resilience and courage despite their lack of resources. Maternity practices did change for the better and I was a part of it. The experience changed me too. I hope those I encountered remember me as a woman of substance and found some inspiration in my moments of courage.

I was moved at the end of this episode as the women lined up to vote. Nurse Anderson stood so proudly wearing the suffragette medal given to her by Ms. Millgrove. Lucille Anderson was obviously inspired by her patient’s courage to fight for what she believed in. Lucille gallantly midwifed her through a difficult transition, trying to keep her safe and well. By running forward, finding courage and voice, she physically blocked her patient’s door from being rammed open by police. She was then able to deliver Ms. Millgrove with dignity to the waiting ambulance to start a new life. The final outcome may not have been what she had hoped but she had served her patient well.

I want to believe that young Maureen, Ms. Millgrove’s grocery delivery girl, and Nurse Anderson are forever changed by their encounter with this “woman of substance” to become women who continue to fight for human rights and inspire through the subsequent decades into the present. There is still much worth fighting for.

For Every Problem, There is a Solution