When Daily Challenges Cloud Out Judgment

Posted by Michelle Collins on May 11, 2020
Spoiler Alert: This post discusses events in Season 9 Episode 7. 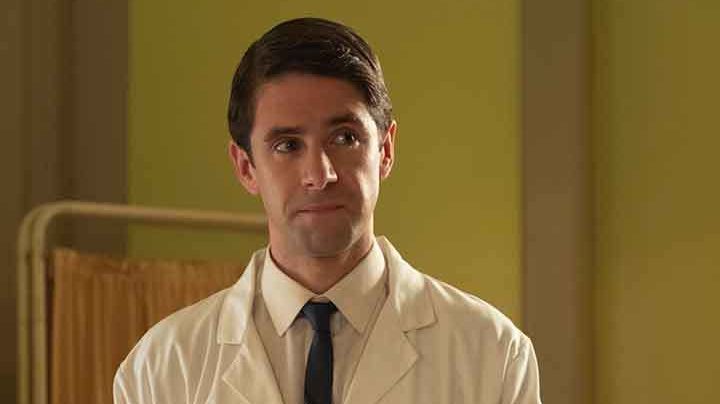 Well we see the young Dr. McNulty has returned in this episode… unfortunately he has not returned “whole”, but as an impaired provider. We see him abusing pethidine (more commonly known in the US as Demerol) which is a narcotic, even to the point of stealing an ampule to self-inject. He tells Dr. Turner that he needs the medication for pain due to a prior shoulder injury, to which Dr. Turner wisely suggests “physiotherapy” (what we know today as physical therapy). Even though health care providers are acutely aware of the danger and consequences of substance abuse, they are not immune to substance abuse by any stretch of the imagination. From 10-15 percent of physicians report substance abuse during their careers as do 10 percent of nurses (that is the same as the rate among the general population – 10 to 15 percent).

Working in highly stressful and emotional environments, with greater access to controlled substances than the general public, often provides the perfect storm for abuse to occur. And too often the abuse ultimately impairs the professional’s ability to adequately care for patients, and what’s worse, facilitates them to even cause harm, as it does to the patient for whom Dr. McNulty is charged to care. Thank goodness that Sister Frances (Ella Bruccoleri) is there to save the day, albeit after Dr. McNulty has already recklessly cut an unnecessary episiotomy (an incision made with scissors at the bottom of the vagina to enlarge the vaginal opening). An episiotomy is necessary to expedite birth when birth needs to be occur quickly – which is not the case with the birth Dr. McNulty is attending. As Dr. McNulty tries to gloss over what he has done later that evening to Sister Frances, she rightly chides him with “it was an unnecessary risk that I wouldn’t have taken.” Miss Higgins (Georgie Glen) notes Dr. McNulty’s odd behavior and though she has been guarded about Dr. McNulty since he appeared on scene, this time her suspicions are warranted, and she will no doubt be keeping an eye on him in future episodes.

Sister Monica Joan’s (Judy Parfitt) advice to Sister Frances, who comes to her with the moral dilemma of what to do if reporting someone’s “secret” will result in that person getting into trouble, is typical Sister Monica Joan. She notes “when a secret weighs heavy we imagine it is our burden alone. But the opposite is true. Once it is spoken it disappears.” As difficult as it is for Sister Frances, I hope that she will do the right thing in upcoming episodes and report Dr. McNulty’s actions so that two things can happen: first and most importantly, that patients will not be unnecessarily harmed by an impaired physician, and second, that Dr. McNulty will receive the help that he needs to be able to return to being an excellent physician.

The second storyline in the episode involving Marian Arnsby, the woman with visual impairment, is an intriguing one as well. I loved how Nurse Franklin (Helen George) arranges for Marian and her husband to visit with another mother with visual impairment. The woman’s response to how she knows when the baby’s “nappy” (i.e. diaper) needs changing is priceless; I chuckled as well – one certainly doesn’t need sight to know that baby is wearing a soiled diaper! Her hints about putting little bells on her own baby so that she can track her location, and using diapers with snaps, in lieu of pins, are welcome help to Marian. Probably most valuable is her advice to “take all of the help that you can get; you’re entitled.” It made me think of Mister Rogers saying “When I was a boy and I would see scary things in the news, my mother would say to me, ‘Look for the helpers. You will always find people who are helping.’” Marian was learning that lesson literally; to “look for the helpers”.

Challenges, of so many kinds, was the theme of this episode for sure; challenges for Dr. McNulty, for Sister Frances, for Nurse Franklin, for Marian Arnsby, and for others. All different, yet all challenges just the same. Jenny Lee reminds us at the end of the episode “there are always challenges in life; there are pieces to put together, plans to lay and progress to be made. Sometimes there are no prizes, no medals to polish, no trophy for the shelf. A reward comes as a smile, a touch, a dawning sense that all will be well… that the future is smiling and opening its arms. And so we take courage for it is given to us in a squeeze on the hand or a pat on the back and the magical words I believe in you! “

I Believe in You