As you can see below, he used to have lots of hair. In the '60s, his father found it amusing to say, "you don't need a haircut so much as an estimate." His intramural softball teammates at Brandeis University dubbed him "the Black Medusa."

That same year, 1963, he joined the Brandeis newspaper, The Justice, and eventually became its editor. He got his first paid journalism job in 1970 at the alternative weekly Boston After Dark, where the picture was taken. Then and now, he did much of his work on the phone.

Paul became founding editor of the rival alternative weekly The Real Paper in 1972 and went on to become a feature writer and investigative reporter. He became interested in business when he set out to do a story about municipal bond rates (this was 1976) and realized he was clueless. As was, he realized, the entire booming generation in his wake. Here was an opportunity. But how to seize it? How about going to business school?

Having no money for tuition, Paul applied for a Nieman Fellowship at Harvard and lucked out, joining the Harvard Business School MBA class of 1977-8. He embarked on a career as a business reporter at WGBH Boston immediately thereafter. It was about this time, as one grandchild later put it, "your hair got lost."

After a few years of local PBS reporting, he inaugurated the PBS business documentary series, ENTERPRISE with fellow Nieman Fellow Zvi Dor-Ner. (There was also a Nieman felon in their class, but that's for someone else's biography.) 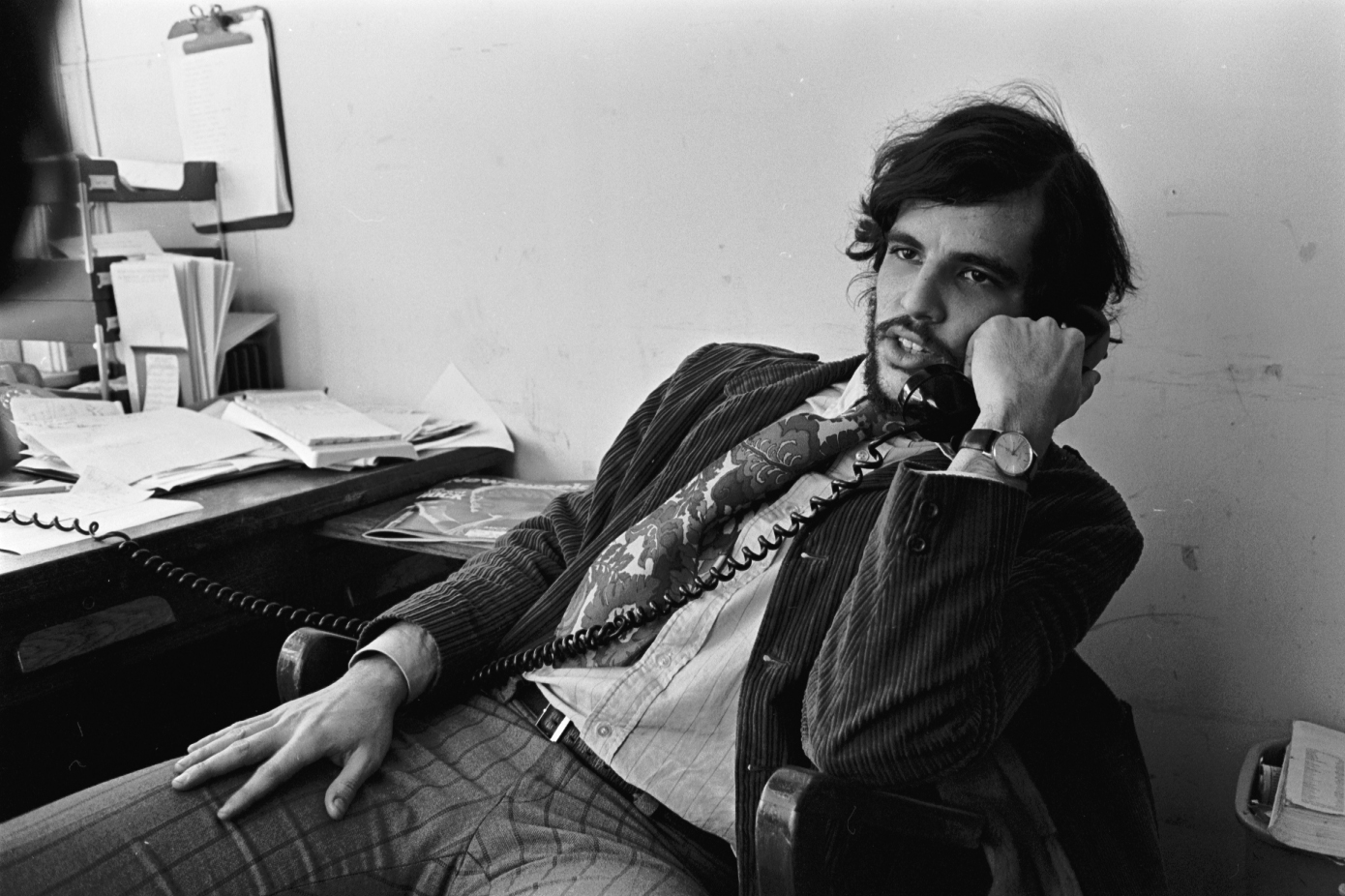 In the 1980s, Paul produced documentaries, returned to local reporting, and joined the Harvard Business School faculty, teaching media, finance and business history in the school's Advanced Management Program. He also co-authored a better-than-average-seller, Life and Death on the Corporate Battlefield (1983), which appeared in Japanese, German and a pirated Taiwanese edition. He joined "MacNeil/Lehrer" in 1985, two years after it become an hour-long news show, and has been the program's Economics Correspondent ever since, with occasional forays into art and sport.

In the '90s, with sociologist Morrie Schwartz, a teacher of his at Brandeis, Paul helped create -- and wrote the introduction to -- the book "Morrie: In His Own Words," which preceded "Tuesdays with Morrie" by a year or more, but failed to outsell it by several orders of magnitude.

In 2015, Paul co-authored an actual bestseller (#1 on Amazon for four straight days!), Get What's Yours: the Secrets to Maxing Out Your Social Security. It had to be revised in 2016 because Social Security provisions were changed, perhaps in response to the book.

Paul has lectured on college campuses since the '80s and has written for numerous publications, including the Journal of Economic Education. He thinks he's the only person, besides John Kenneth Galbraith, to have written for both Forbes and Mother Jones magazines; he was for years East Coast editor of the latter. A one-time cab driver, kindergarten teacher, crafts store co-owner and management consultant, he is also the author and presenter of "Discovering Economics with Paul Solman," a series of videos to accompany introductory economics textbooks. In 2007, he joined the faculty at Yale, where he added a dose of communications know-how and economics to the university's Grand Strategy course for a decade. In 2011, he was the Richman Distinguished Visiting Professor at his alma mater, Brandeis, where he taught a seminar, "Economic Grand Strategies: From Chimps to Champs? Or Chumps?" He has lectured at campuses across the country, has taught regularly at West Point, and at Gateway Community College in New Haven, CT. In 2016, he was a Visiting Fellow at Mansfield College, Oxford University. He is also president of the new making-friends-across-the-political-divide group, "Us."

Paul took up tennis at 50 and plays with a knee brace. He'd like to shave off his mustache but is afraid to. He wears a hat because his doctor insists. He is married with children and grandchildren. He loves them to death.

Fears of the coronavirus pandemic and the sharp shifts by companies to allow employees to work from home could devastate the nation’s office skyscrapers, some economists say. But real estate moguls say the office as we know it isn't dead…

Could the pandemic usher in a new era of working from home?

Many Americans are working from home during the coronavirus pandemic, and it’s unclear when people will or should return to the workplace. The shift toward more remote work could have significant repercussions for employees, companies and the marketplace. Economics correspondent…

How the pandemic has pushed U.S. retail toward the brink of collapse

For more than two months, the toll of unemployment in the U.S. has grown each week. The retail sector, which was already struggling before the pandemic, is among the hardest hit, with stores closed or at reduced capacity and consumers…

As millions more Americans file for unemployment amid an economy crippled by COVID-19, many states are lifting restrictions and reopening businesses. But is that the correct approach to reviving the U.S. economy? Paul Solman talks to Nobel Prize-winning economist Paul…

For many Americans, health coverage is tied to a job — and now they have neither

Consequences of the unemployment driven by the novel coronavirus pandemic will reverberate through the U.S. economy for months, if not years. One result: as millions of Americans lose their jobs, they are also losing their health care coverage -- and…

The current economic crisis means rising demand for food stamps. While Congress has passed additional benefits for some recipients, a large percentage of the poorest households did not get an increase. Meanwhile, many people, from college students now at home…

Why the pandemic is making U.S. economic inequality even worse

A new survey by the Pew Research Center finds 43 percent of U.S. adults say they or someone in their household has suffered a job loss or pay cut due to COVID-19. With such widespread impact, it will likely take…

One of the business sectors hit hardest by the novel coronavirus pandemic has been air travel. Passenger volume is down a stunning 96 percent in the U.S., while airline losses have topped $300 billion worldwide. Despite canceled flights, travelers are…

How missed rent payments spark a ‘cascade’ of financial hardship

Many Americans affected by the coronavirus pandemic are struggling to pay their rent when they have lost income and haven’t yet been able to secure unemployment money. Missed rent, in turn, adds up to landlords who can’t pay their mortgages…

Will these shuttered restaurants be able to reopen after pandemic?

A sector of the economy that is being hit especially hard amid the coronavirus pandemic is the restaurant industry. In normal times, Americans were spending roughly as much money on dining out as they were at grocery stores. With restaurants…