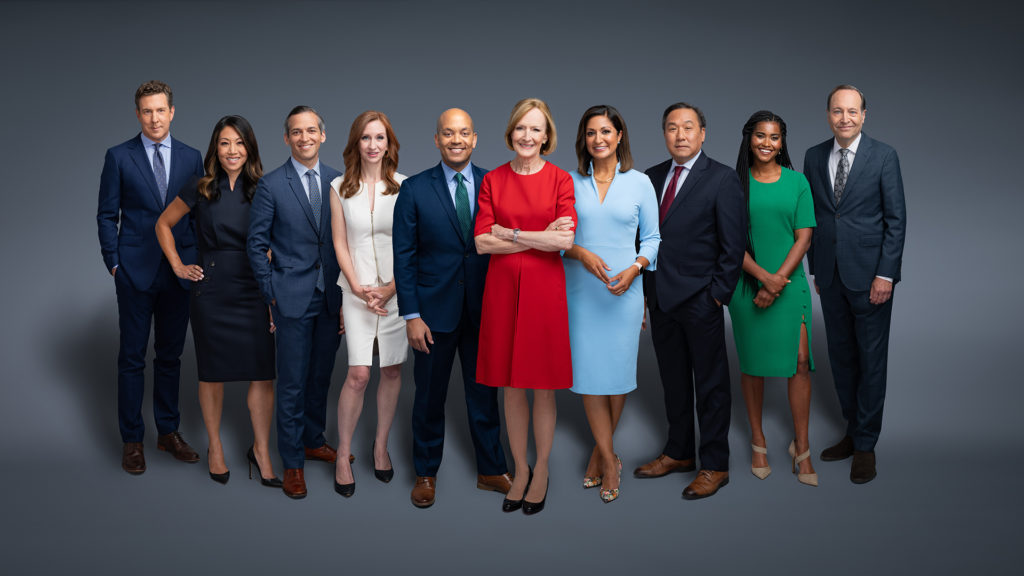 PBS NewsHour is the primary daily, breaking and special news producer for PBS. It produces PBS NewsHour, PBS News Weekend, and Washington Week, as well as has a robust footprint across digital and social platforms.

PBS NewsHour is anchored by managing editor Judy Woodruff and features the latest news, analysis, field reports from around the world, live studio interviews and discussions. For almost 50 years, millions have turned to it as public broadcasting’s marquee nightly news program for the solid, reliable reporting that has made it the most objective news programs on television. PBS News Weekend is anchored by chief Washington correspondent Geoff Bennett. Washington Week, moderated by Yamiche Alcindor, is the longest-running primetime news and public affairs program on television.

PBS NewsHour retains full authority over editorial content to protect the best journalistic and business interests of our organization. We maintain a firewall between news coverage decisions and sources of all revenue. Acceptance of financial support does not constitute implied or actual endorsement of donors or their products, services or opinions.

We accept donations, grants and sponsorships from individuals and organizations for the general support of our activities, but our news judgments are made independently and not on the basis of donor support.

In operating our business, NewsHour Productions obtains contact details and other personal information regarding media contacts from a variety of sources including Cision. If you wish to know more about how such information is collected and used, please refer to Cision’s privacy notice at www.cision.com/us/legal/privacy-policy/.