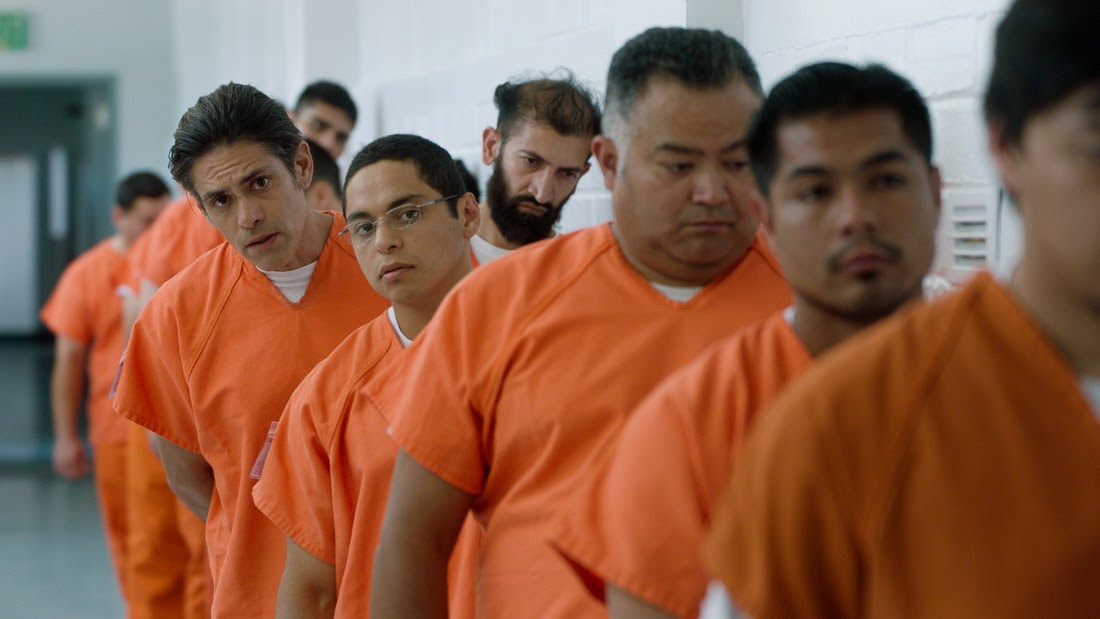 The Infiltrators, directed by Cristina Ibarra and Alex Rivera, is a true story about a rag-tag group of undocumented youth – Dreamers – deliberately get detained by Border Patrol in order to infiltrate a shadowy, for-profit detention center.

Arce, Julissa. My (underground) American Dream: My True Story as an Undocumented Immigrant Who Became a Wall Street Executive. Center Street, 2016.
For an undocumented immigrant, what is the true cost of the American dream? Julissa Arce shares her story in a riveting memoir. When she was 11 years old Julissa Arce left Mexico, and came to the United States on a tourist visa to be reunited with her parents, who dreamed the journey would secure her a better life. When her visa expired at the age of 15, she became an undocumented immigrant. Thus, began her underground existence, a decades long game of cat and mouse, tremendous family sacrifice, and fear of exposure.

Bixler, Mark. The Lost Boys of the Sudan: An American Story of the Refugee Experience. University of Georgia Press. 2006.
Jacob Magot, Peter Anyang, Daniel Khoch, and Marko Ayii were among 150 or so Lost Boys who were resettled in Atlanta. Like most of their fellow refugees, they had never before turned on a light switch, used a kitchen appliance, or ridden in a car or subway train-much less held a job or balanced a checkbook. We relive their early excitement and disorientation, their growing despondency over fruitless job searches, adjustments they faced upon finally entering the workforce, their experiences of post-9/11 xenophobia, and their undying dreams of acquiring an education.

Coan, Peter M. Toward a Better Life: America’s New Immigrants in Their Own Words: From Ellis Island to the Present. Prometheus Books, 2011.
This book offers a balanced, poignant, and often moving portrait of America's immigrants over more than a century. The author has organized the book by decades so that readers can easily find the time period most relevant to their experience or that of family members. The first part covers the Ellis Island era, the second part America's new immigrants-from the closing of Ellis Island in 1955 to the present.

Cornejo Villavicencio, Karla. The Undocumented Americans. One World, 2020.
Looking well beyond the flashpoints of the border or the activism of the DREAMERS, Cornejo Villavicencio explores the lives of the undocumented as rarely seen in our daily headlines. In New York, we meet the undocumented workers who were recruited in the federally funded Ground Zero cleanup after 9/11. In Miami we enter the hidden botanicas, which offer witchcraft and homeopathy to those whose status blocks them from any other healthcare options. In Flint, Michigan, we witness how many live in fear as the government issues raids at grocery stores and demands identification before offering life-saving clean water.

Motomura, Hiroshi. Americans in Waiting: The Lost Story of Immigration and Citizenship in the United States. Oxford University Press, 2007.
In Americans in Waiting, Hiroshi Motomura looks to a forgotten part of our past to show how, for over 150 years, immigration was assumed to be a transition to citizenship, with immigrants essentially being treated as future citizens–Americans in waiting. Challenging current conceptions, the author deftly uncovers how this view, once so central to law and policy, has all but vanished.

Urrea, Luis Alberto. The Devil’s Highway: A True Story. Back Bay Books, 2004.
In May 2001, a group of men attempted to cross the Mexican border into the desert of southern Arizona, through the deadliest region of the continent, the “Devil’s Highway.” Three years later, Luis Alberto Urrea wrote about what happened to them. The result was a national bestseller, a Pulitzer Prize finalist, a “book of the year” in multiple newspapers, and a work proclaimed as a modern American classic.