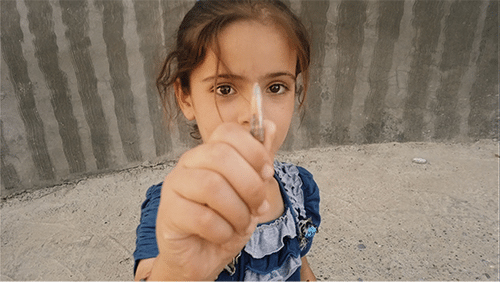 Manne, Robert. Mind of the Islamic State: ISIS and the Ideology of the Caliphate. Prometheus Books, 2017.

In the ongoing conflict with ISIS, military observers and regional experts have noted that it is just as important to understand its motivating ideology as to win battles on the ground. This book traces the evolution of this ideology from its origins in the prison writings of the revolutionary jihadist Sayyid Qutb, through the thinking of Osama bin Laden and Ayman al-Zawahiri, who planned the 9/11 terrorist attack, to today’s incendiary screeds that motivate terrorism via the Internet.

In August 2003, the world gained access to a remarkable new voice: a blog written by a 25-year-old Iraqi woman living in Baghdad, whose identity remained concealed for her own protection. Calling herself Riverbend, she offered searing eyewitness accounts of the everyday realities on the ground, punctuated by astute analysis on the politics behind these events.

Collateral Damage brings together testimony from the largest number of on-the-record, named combat veterans who reveal the disturbing, daily reality of war and occupation in Iraq. Through their eyes, we learn how the mechanics of war lead to the abuse and frequent killing of innocents. They describe convoys of vehicles roaring down roads, smashing into cars, and hitting Iraqi civilians. They detail raids that leave families shot dead in the mayhem. And they describe a battle eld in which troops, untrained to distinguish between combatants and civilians, are authorized to shoot whenever they feel threatened.

McCarthy, Rory. Nobody Told Us We Are Defeated: Stories from the New Iraq. Penguin Books, 2006.

In May 2003 journalist Rory McCarthy went to Iraq to cover what was claimed to be the triumphant rebuilding of the country after the American invasion. Two years later he left a place teetering on the brink of civil war, whose inhabitants longed for the Americans to leave but feared what would happen if they did. Throughout his stay, McCarthy was struck by how little the Iraqi point of view was represented in the media, drowned out by the message of the British and American occupying powers. This book is an attempt to rectify that.

Since 2014, Daesh (ISIS) has been brutalizing the Yazidi people of northern Iraq: sowing destruction, killing those who won’t convert to Islam, and enslaving young girls and women. The Beekeeper, by the acclaimed poet and journalist Dunya Mikhail, tells the harrowing stories of several women who managed to escape the clutches of Daesh. Mikhail extensively interviews these women—who’ve lost their families and loved ones, who’ve been repeatedly sold, raped, psychologically tortured, and forced to manufacture chemical weapons—and as their tales unfold, an unlikely hero emerges: a beekeeper.