If you need a fix of British royalty there are lots of ways to scratch that itch.

You can follow the countdown to the latest real life royal wedding, that of Prince Harry to Meghan Markle.  Given the sorry state of the world we are living in right now, who can’t be just a little bit moved by this love story of the fifth in line to the British throne and his forthcoming nuptials to the American divorcée of mixed race who is a “commoner.”

If your tastes fall more toward lush period drama of royals of old, then there’s something for you too. The Crown, a drama inspired by the life of the current queen, grandmother of Prince Harry, and longest reigning British monarch, Elizabeth II, is currently airing on Netflix.

When The Crown was first commissioned I, probably like others, was wondering why this wouldn’t be a show that aired as part of Masterpiece on PBS?   It seemed to be the perfect fit.  Isn’t there a direct line between a lavish costume drama set in Britain featuring stiff-spined, marble-mouthed royalty and aristocracy, heading straight to the airwaves of PBS from Britain?

The answer, as with so much these days, has to do with disruption in the industry, beyond just the disrupting influence of money.

The Crown is a sumptuous series, beautifully acted and meticulously produced, with recreations of palaces, and attention to period detail that puts the price tag of the series so far at something like $100 million.  That’s a whole lot of dollars more than PBS’s complete drama budget!

It’s not just The Crown.

There was a time when all the best and most lavish costume dramas aired on PBS.  Oh how times have changed.

The sexy, romantic, Scottish time-traveling drama, Outlander, airs on premium cable Starz, and is reputed to have cost tens of millions of dollars.

The ditzy new dramedy, the Marvelous Mrs. Maisel is an Amazon Original.  With meticulous production detail and a slavish adherence to period vibe of late 1950’s New York, this show screams “I’m expensive.” (WARNING: adult language in the trailer)

And of course, HBO has had a string of high end, expensive dramas from Boardwalk Empire to Game of Thrones to Westworld.

So what does this disruptive world of drama mean for PBS?

I spoke to Beth Hoppe, Chief Programming Executive at PBS, to discuss some of these issues. She oversees all general audience programming on PBS.

“What I’m trying to do is to get the best programs at the best value for the stations, that’s my job.  A lot of how our system works is based on how it’s always been because a lot of our series have been around a long time so it’s trying to find the balance between bringing in new and fresh material from new and diverse makers, with honoring the icon series and the tried and true stuff, I would say that’s the biggest challenge and it’s a big financial challenge.”

Distribution plans and systems have changed too.  When Netflix produces The Crown it can air it on Netflix across the globe without having to navigate any separate distribution deals.  The same for Amazon.  These behemoths have become producers as well as distributors.

PBS now has to chart a course in these new waters, and laying hands on high quality drama has become a crowded business.

As Hoppe notes, “The streaming services have a lot of money and they are wanting original stuff rather than repeat stuff.  PBS distribution made a lot of money, money that helped fund our budget, selling them a second window about six months after broadcast for a long time for a lot of the Masterpiece and other drama content.”

That model is being severely disrupted.

Hoppe adds: “The word is they don’t want repeats anymore, they don’t want second run, they want first run and they have a lot of money and they’re going around to producers and trying to buy up things, that puts us at a competitive disadvantage so trying to figure out are there other partnerships, should we be in co-production deals, how do we work in that world.  It’s particularly challenging with drama.”

This is not just an issue for PBS.  Even the venerable BBC, the source of so much drama that airs on PBS, is struggling with the new world order and the challenge of deep pocketed streaming services.

This recent article from Britain notes that for the BBC the answer may be to work with these other producers.  Such is the expectation of the quality of production that even the BBC is struggling to pay for things themselves, so co-productions are the only way to go. 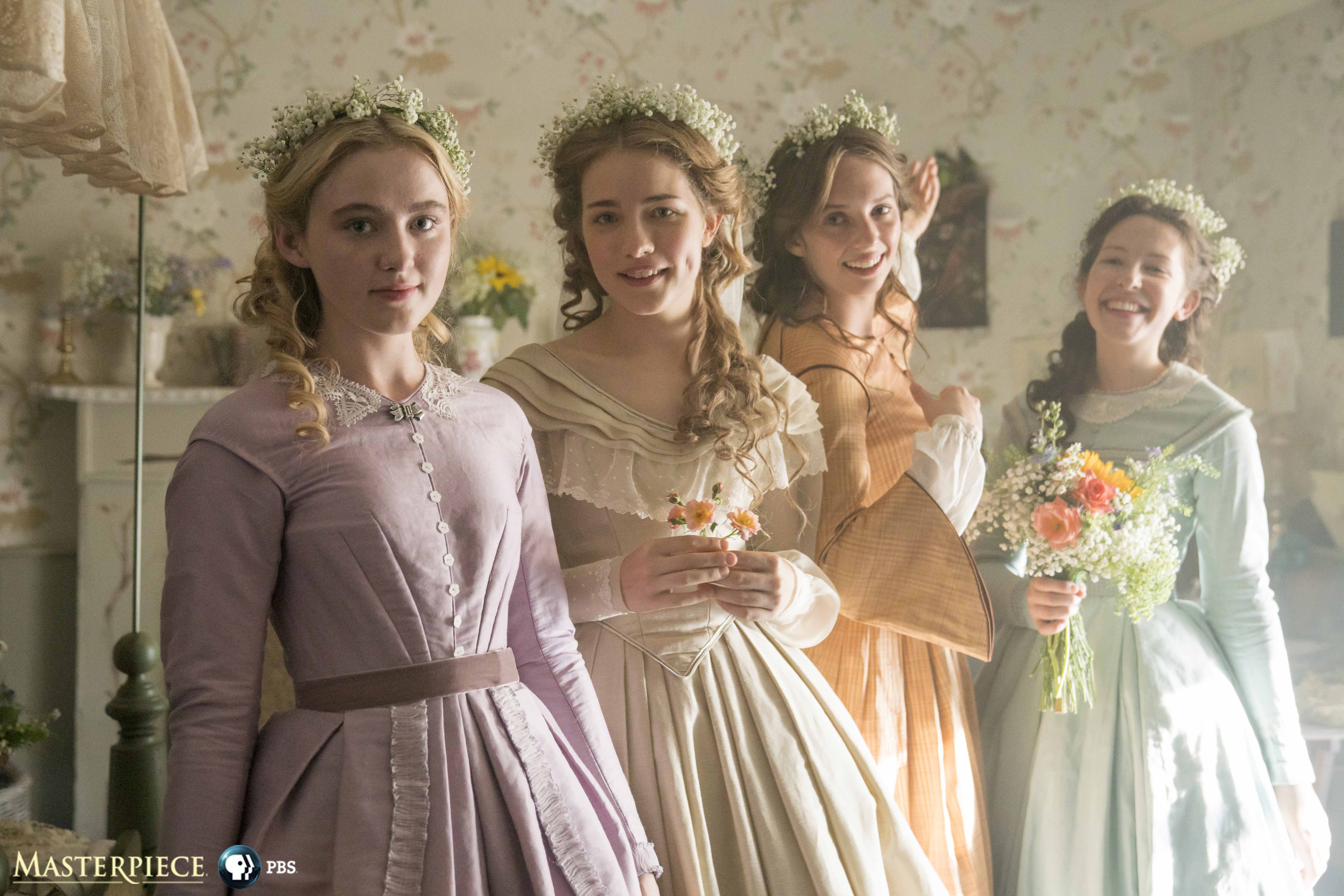 The forthcoming production of Little Women which airs on PBS in the spring of 2018 is a co-production between the BBC, Playground and PBS Masterpiece.  As Beth Hoppe put it, for such an iconic American story she felt it was important for PBS to support it.

PBS is also dipping its toe in the water of partnership with streaming services.  In 2018 PBS will air a factual series with Netflix that is essentially a co-production.  PBS will have first run and then Netflix will air it a week after that.

This is a smart experiment on the part of PBS which I hope will extend to high end drama. As the financial challenges become harder and the competition becomes stiffer, it is vital for PBS to play in the same arena as the others while ensuring viewers are presented with a wide range of content. It would be easy to cede the playing field to those with deep pockets, but my hope is that potential partners will realize that the quality and brand equity of PBS is a valuable asset in a partner.

I also hope that it will allow Beth Hoppe and her team to do what PBS sorely needs – access to a broader variety of creators of content who will expand the offerings on PBS and hopefully create the next generation of iconic series.