Number of U.S. Air Strikes in Iraq Already Exceeds Those in Yemen, Somalia

Peshmerga Kurdish Forces patrol an area of about 30 kilometers around the Mosul dam, northern Iraq on August 19, 2014. (AP Photo/Photo by Gail Orenstein/NurPhoto/Sipa USA)

President Barack Obama laid out his strategy to “degrade” and “destroy” the extremist group ISIS in both Iraq and Syria, in an address to the nation on Wednesday.

The campaign against ISIS would “not involve American combat troops fighting on foreign soil,” but would instead rely on “using our airpower and our support for partner forces on the ground,” Obama said.

In the speech, the president pointed to the U.S. campaigns in Yemen and Somalia as successful implementations of this approach.

But the rate of air strikes carried out in Iraq this summer already far exceeds the rate of strikes in Yemen and Somalia in recent years. The United States has conducted 154 air strikes in Iraq as of Sept. 10, according to data released by U.S. Central Command, 77 of those near Mosul Dam alone.

By contrast, Yemen has seen just over 100 suspected drone, missile or other air strikes since the U.S. began its campaign against Al Qaeda elements there in 2002, according to The Long War Journal.

Since May 2012, FRONTLINE has been mapping the location and casualties of reported U.S. air strikes in Yemen, based on news accounts and data from The Bureau of Investigative Journalism and The Long War Journal. (Since the air strikes in Yemen are covert operations, not officially acknowledged by the U.S., we cannot independently confirm all the identities or locations in question.):

The most recent air strikes in Yemen took place on Aug. 16 in Abyan province and Hadramaut province. The Associated Press reported that one strike killed three suspected AQAP militants, while another killed four at a militant gathering in Abyan. Another strike, reported by Reuters, killed three suspected AQAP militants in the desert between Yemen and Saudi Arabia. It wasn’t clear who whether the strikes were carried out by U.S. or Yemeni jets.

In Somalia, the United States air campaign recently netted a prominent target: Ahmed Abdi Godane, the leader of the Islamist militant group Al Shabaab. From the beginning of its covert operations in Somalia to 2014, the U.S. has only carried out six to nine suspected drone strikes in the country, according to the The Bureau of Investigative Journalism.

But as Thomas Joscelyn and Bill Roggio point out in The Long War Journal:

“In both Somalia and Yemen, U.S. airstrikes have killed top terrorist leaders, including Shabaab’s emir and AQAP’s deputy leaders, as well as some of both organizations’ top operatives. But AQAP and Shabaab have quickly replaced the slain leaders and continued to effectively pursue their respective insurgencies.” 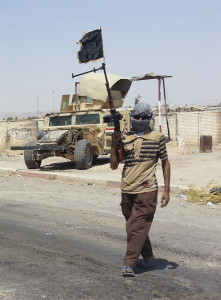