Our Sources. On the Record. At Your Fingertips.

To produce Supreme Revenge, FRONTLINE interviewed more than three dozen eyewitnesses to some of the most momentous Supreme Court confirmation battles in U.S. history, leading up to the vote to confirm Judge Brett Kavanaugh. In all, the film team recorded a total of 42 hours, 26 minutes and 42 seconds of interviews with U.S. Senators and staff, White House advisers, leading journalists, activists and legal scholars. As part of FRONTLINE's ongoing Transparency Project, you can explore 39 interviews used in the making of Supreme Revenge in an interactive archive that includes all the quotes from the film in their original context, plus hours of insights, analysis and stories not included in the final cut.
About this project

Michael Avery
Co-Author, The Federalist Society: How Conservatives Took the Law Back from Liberals 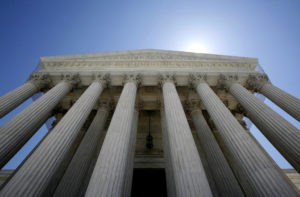 Interviews for this film were conducted by Michael Kirk, Jim Gilmore, Mike Wiser, and Gabrielle Schonder of the Kirk Documentary Group and edited for the web by Phil Bennett, Lauren Prestileo, and Callie Wiser.