The killing of George Floyd by police officer Derek Chauvin in Minneapolis sparked a nationwide reckoning on racism in America — and renewed calls for change. FRONTLINE partners with award-winning Star Tribune reporters as they cover the aftermath of Floyd’s death, Chauvin’s trial and the impact on both the city’s police and communities of color.

The latest from our local journalism partners on how the COVID-19 pandemic is impacting communities across the U.S.

For years, Loyal, a city in the heart of Wisconsin's dairy country, has been struggling with an ailing farm economy. Then COVID-19 hit the state. A collaboration between Milwaukee PBS and the Milwaukee Journal-Sentinel.

New Mexico PBS' investigation into PFAS contamination at military installations in the state and its impact on groundwater.

Hundreds of workers at a Tampa lead smelter have been exposed to dangerous levels of the neurotoxin. The Tampa Bay Times investigates the profound consequences. Part 1: The Factory | Part 2: The Failings | Part 3: The Fallout This investigation, carried out with support from FRONTLINE's Local Journalism Initiative, won a George Polk Award, a Pulitzer Prize…

Rural communities in the Texas Panhandle have struggled to keep up in the fight against the coronavirus. The Texas Newsroom examines the shortage of health care resources people living in those communities face.

In February 2021, days-long blackouts in Texas left millions shivering in the dark. Hundreds died. How has the Texas grid changed since then? And how has it changed how people think? KUT/KUTX Studios and The Texas Newsroom explore those questions in season two of “The Disconnect: Power, Politics and the Texas Blackout.”

A first-of-its-kind effort to expose questionable government conduct and corruption throughout South Carolina. The Post and Courier has teamed with 17 community newspapers in this effort, which aims to strengthen accountability of taxpayer dollars and democracy in the Palmetto State.

Police across Utah shot at 30 people two years ago. And then in 2020, the state tied that record. With no government entity collecting such data, The Salt Lake Tribune will expand its own data gathering on police shootings.

Colorado has one of the country’s highest suicide rates, a crisis only deepened by the pandemic. Rocky Mountain PBS examines a statewide prevention effort and finds stories of healing and hope.

Latest Reporting from Our Partners

The Other Texas Drought: Rural Healthcare in Jeopardy as Hospitals Shutter

Rural hospitals are up against many obstacles. They often face low reimbursements from insurance companies. Many of the hospitals rely on patients and Medicare payments, but their populations are older or declining.
Texas Newsroom
December 20, 2021

Regulators to Step Up Monitoring of Tampa Lead Factory

The 21-foot rule is taught to police across the U.S. and officers use it to explain why they shot at someone. But it's not based on science or the law. And some national policing leaders argue it shouldn’t be taught to cadets anymore.
The Salt Lake Tribune
December 6, 2021

Utah’s police training has been questioned for focusing on worst-case scenarios.
The Salt Lake Tribune
November 22, 2021

Amid record police shootings in Utah, FRONTLINE and The Salt Lake Tribune investigate the use of deadly force in the state.
November 23, 2021

Colleen Ryan quit her job and filed a complaint, alleging her former employer discriminated against her because she's a lesbian who advocated for "women and queer officers" in the workplace.
Star Tribune
October 29, 2021

If there’s nothing barring officers from shooting someone in the leg or arm, it raises a question many civilians wonder about: Why don’t officers, if possible, shoot a suspect there, instead of in the chest or head? It’s a question that frustrates and annoys many in law enforcement.
The Salt Lake Tribune
October 18, 2021

Minneapolis Voters to Decide Fate of Police Department on Nov. 2

With citywide elections looming in November, Minneapolis faces a choice about what the future of policing looks like and whether the Minneapolis Police Department can reshape itself into the needs of a changed world often full of mistrust for law enforcement since George Floyd's murder and the protests and riots that followed.
Star Tribune
October 9, 2021
Prev
1
2
3
4
5
6
7
8
9
…
14
Next

The Local Journalism Initiative is funded by the John S. and James L. Knight Foundation and the Corporation for Public Broadcasting. 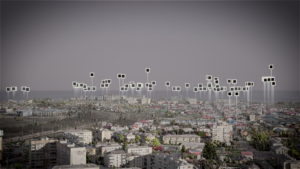