About the Polar Lab

“If there’s one thing I’ve learned from talking to dozens of scientists while working on Polar Extremes, it’s this: If you want to understand what’s going on with Earth’s climate, the poles are the key. At any time in the last half-billion years, look to the poles and they’ll tell you what’s going on.” 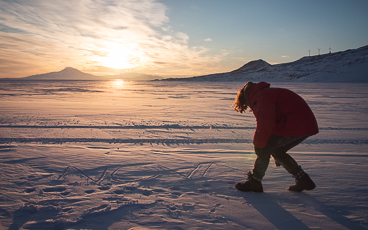 Polar Lab host Caitlin Saks playing under an Antarctic sunset. Can you see what she wrote in the snow?

Since NOVA started producing interactive Labs back in 2012, more than six million students have used them to get involved in science by collecting and analyzing data to solve real-world problems. From designing renewable energy systems with weather data to folding RNA molecules that might help researchers develop lifesaving drugs, playing the collection of NOVA Labs gives young people a virtual window into the lives of scientists—and a taste of what it might be like to do science themselves.

If you think that’s cool, you’re really going to like the Polar Lab. Why? Because it’s the first Lab we’ve produced in conjunction with a major NOVA documentary: Polar Extremes, a two-hour adventure that tells the extraordinary story of Earth’s poles and the key role they play in determining its climate. Tapping into this amazing trove of footage, characters, and scientific data—with even more material from our ten-part digital series Antarctic Extremes—has allowed us to take the whole “walk in the shoes of scientists” thing to new heights in the Polar Lab.

The result is an immersive, multimedia experience that brings players on a deep dive into key sequences and major science themes covered in the documentary and digital series. Using a combination of clickable 360 landscapes, 2D and 3D videos, animations, interviews with scientists, and mini-games, the Polar Lab takes players onto the ice and into the lab in search of evidence to answer big questions about Earth’s climate—past, present, and future. It also puts them in the driver’s seat, as they work with host Caitlin at “Polar Lab HQ” to collect data from the field, answer questions, and play games to keep the story moving through three action-packed missions…and what a story it is. Here’s a quick preview: 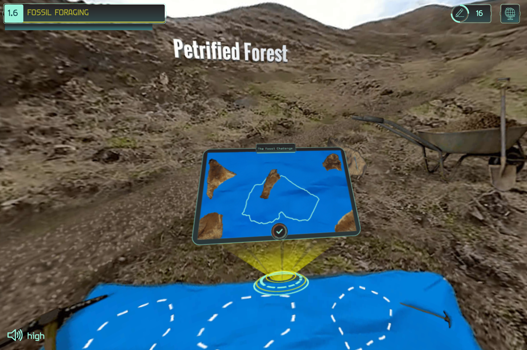 Hunting for ancient fossils in an Arctic landscape. 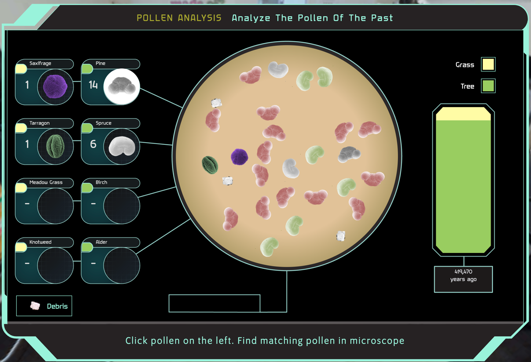 Counting pollen from different types of plants reveals what grew around an Arctic Siberian lake – and how the climate in this area has changed over time. 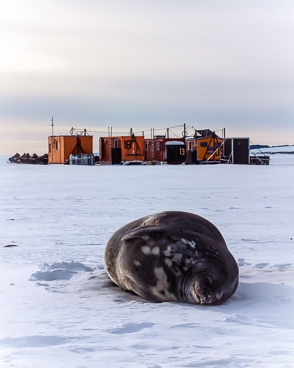 This seal seems pretty unfazed by all the science happening in the neighborhood.

Like the documentary and digital series on which it’s based, the NOVA Polar Lab shows that Earth’s distant past is directly relevant to our collective future. “Humans are geology, and we are impacting this planet,” says Polar Extremes host Kirk Johnson, Sant Director of the Smithsonian’s National Museum of Natural History. “This is the first time that a mammal has actually changed the composition of the Earth’s atmosphere and driven a dramatic change in the Earth’s climate. The question is, are we clever enough and forward-thinking enough to flip that switch back?”

The stakes couldn’t be higher. We all need to understand what’s happening to our planet. Play the Polar Lab, join the scientists on the front lines, and find out for yourself…