About the RNA Lab

Play a Game and Change the World

What if you could create a molecular machine that might one day help save someone’s life—just by playing a game? Well, you actually can. NOVA’s RNA Lab is an extension of a game called Eterna, which gets players to help scientists understand an important family of biomolecules called RNAs. Here’s how it works. 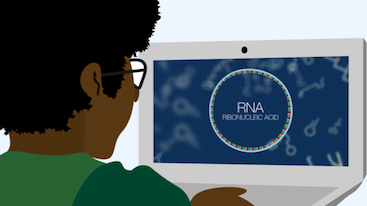 RNA is central to the origin of life.

From "The RNA Enigma"

Scientists have known about RNA for decades, but until recently thought it was little more than a messenger between DNA and proteins. Today, they know it is far more important––RNA is central to the origin of life, evolution, and the cellular machinery that keeps us alive. And RNA medicine may be our best hope for treating currently incurable diseases.

By playing the NOVA version of Eterna, you’ll discover that molecular RNA “machines” carry out a wide variety of essential functions in your body, from producing proteins to fighting viruses. You’ll go on a journey through billions of years of evolutionary history to see how RNA may have allowed life to form on Earth. And you’ll be coached through a series of RNA folding puzzles to become a master molecular engineer.

Okay, RNA is important. So what’s the problem? And how in the world can online gamers help solve it?

It’s true that some RNAs are well understood, such as messenger RNAs that carry the genetic code to make proteins. But others are long strands that fold up into elaborate shapes, and little is known about how these shapes form. That’s a big problem, because the precise shape that an RNA molecule folds into determines its function. One day, scientists hope to create RNA machines that could become the basis of lifesaving therapies. But to do this, they need to understand exactly how a given strand of RNA will fold in three dimensions. 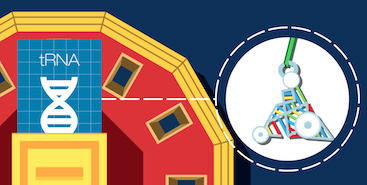 From "Protein Synthesis and the Cellular Factory"

It turns out that humans––if you gather enough of them––are better than computers at predicting the patterns that guide RNA folding, as described in a recent paper published in the Proceedings of the National Academy of Sciences. To take advantage of these distinctly human skills, computer scientists Adrien Treuille and Jeehyung Lee from Carnegie Mellon University teamed up with biophysicist Rhiju Das at Stanford to create the Eterna game that allows anyone––not just experts––to find these RNA folding patterns.

As a postdoc, Treuille founded the team that built the protein folding game Foldit, the first open online game that lets untrained amateurs speed up biochemical research by solving fun visual puzzles. Today, the Foldit player community numbers over 500,000 strong; collectively, they’ve logged more than a million hours helping scientists understand how proteins fold into the intricate shapes that allow them to perform so many functions essential to life.

Eterna goes a step further than Foldit. Eterna players are challenged to design molecules online but also compete with each other to have their RNA designs created in the laboratory. Each week, players vote for their favorite designs. By synthesizing the winning RNAs, scientists can see if they fold as predicted to form biologically active molecules. The very best molecules will become the basis of a molecular toolkit to explore possible RNA-based therapies. 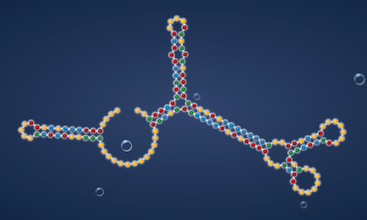 Eterna puzzle from the RNA Lab

How can you compete to have your RNA designs made and tested by scientists?

Solving the problem of RNA folding really can change the world. Armed with new insights from Eterna players, biomedical researchers hope to design new therapies that could benefit millions. Could one of your RNA designs be at the heart of one of these therapies? There’s only one way to find out…

I invent the future and train graduate students to do the same.

The Eterna project is a multiplayer online game where players design RNA molecules.