Is This the Real Rudolph? 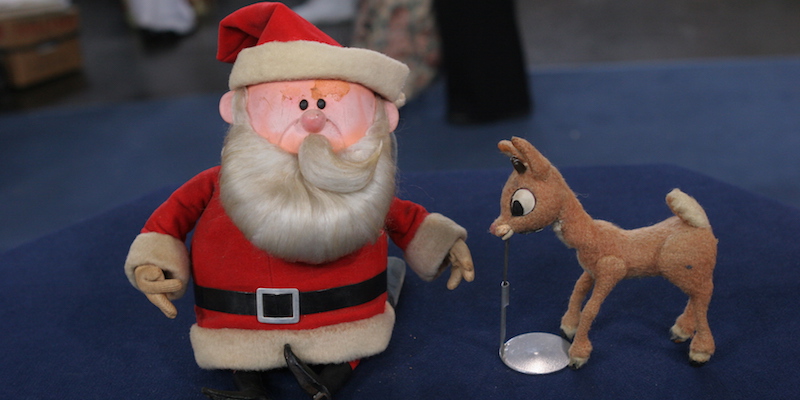 Santa is missing half his mustache—but that's him all right.
Support provided by: Learn more

Ho-Ho-Hold on a minute! Are these the real Rudolph and Santa puppets from the TV Christmas classic?

Simeon Lipman, an independent appraiser of pop culture memorabilia from New York City, was manning his table at the Providence ANTIQUES ROADSHOW when a guest approached with a tin canister. "He opened the tin," Simeon remembers, "and out they popped. It was like seeing old friends." The old friends were Rudolph and Santa Claus, two of the puppets from the Rankin/Bass TV special Rudolph the Red-Nosed Reindeer that Simeon—and millions of other Americans—have seen seasonally since it debuted on NBC in 1964.

"They have a warm spot in all our hearts," Lipman said of the pieces from the stop-motion animated special. "So, to actually meet them in person was really exciting." But were these two old puppets — Santa had lost some of his mustache and Rudolph was missing his red nose — authentic? And are they one-of-a-kinds? 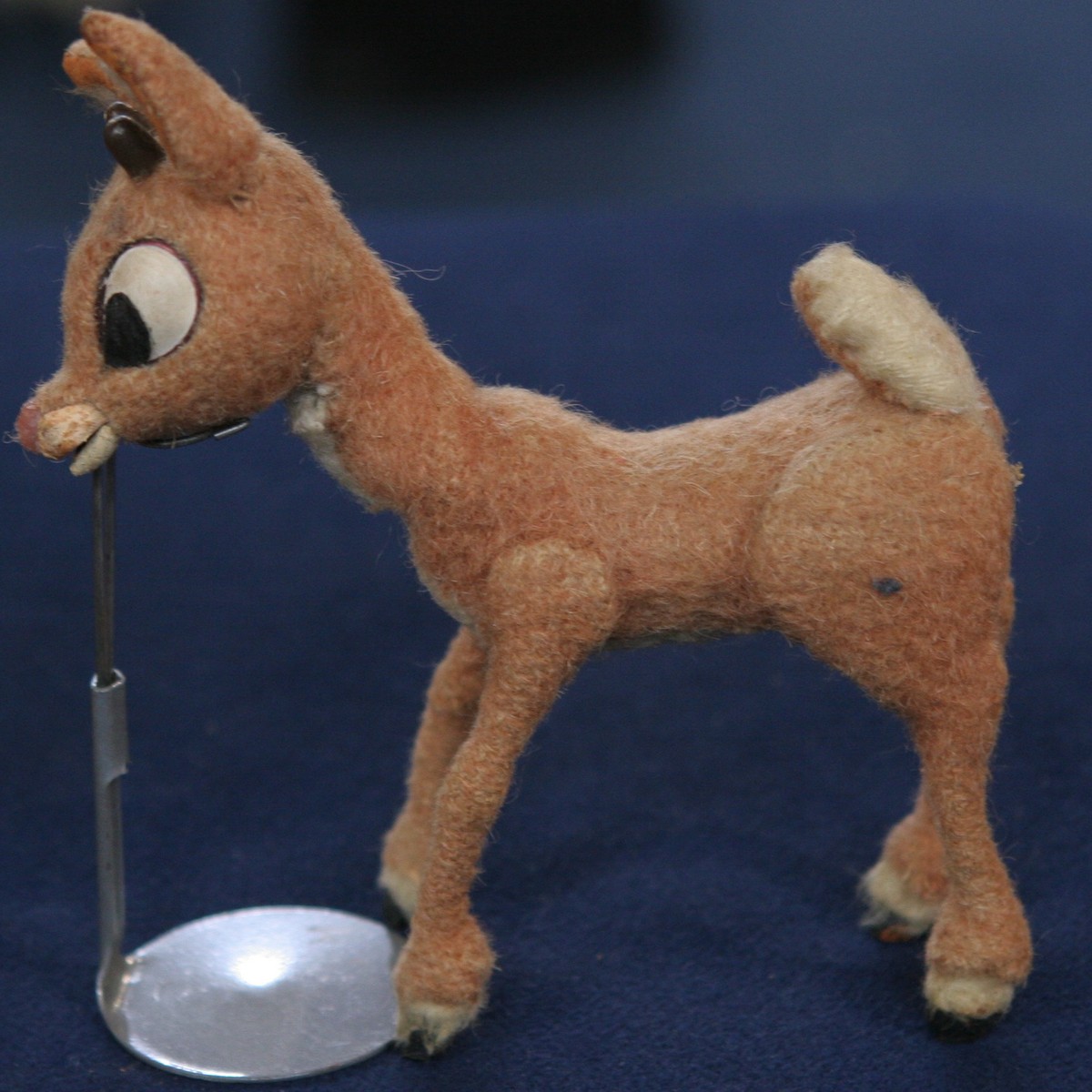 At some point since becoming a TV star in the 1960s, Rudolph has lost his famous red nose.

The man who brought them in said he got them from his aunt, who worked at Rankin/Bass in the 1970s. She bought these two puppets from the company, as well as other ones from the Rudolph production, including Yukon Cornelius and Hermey, the elf who wants to grow up to be a dentist. (She also had bought the other characters, such as Sam the Snowman, played by Burl Ives, but they "got melted in our attic," the owner explained.)

Judging by what he saw of Rudolph and Santa, Lipman was convinced that these two dolls were the original production puppets, not replicas merchandised later. "You can tell by the way they were constructed," he says, noting that they were built of wood, cloth, and plastic. "These were hand-made. They weren't toys. They had mechanisms to make them move, to make them come alive almost. No mass manufacturer of toys, especially in the 1960s, made things like that. It was made to be on film."

When Lipman did a little follow-up research, he learned that Rankin/Bass gave out other puppet characters used in animated programs to their office staff. "Now, when companies make movie props, they're heavily guarded," he explains. "Back then, they were considered souvenirs, something to decorate around the Christmas tree. No one was thinking they'd become iconic items worth thousands of dollars." Lipman says that if he were overseeing the auction of these puppets, he would try to get affidavits from the owner's aunt, or perhaps other family members, to nail down their provenance. Creating documents for such pop culture icons is always a good idea, he adds, in case they are sold, but also for future generations of family members.

Lipman suspects that duplicates for all the puppets in Rudolph were made for the production, a precaution that is often taken in case a puppet is damaged or lost—but he hasn't seen any on the market. According to rankinbass.com, puppets were given to employees, such as in this case, or to the actors who voiced the characters. Most, however, stayed in Japan where they were designed and made.

"Putting a value on these is like putting a price on Christmas," Lipman said to the owner. "Can't do that, can you."

"You could try," the owner replied.

"Well, if I were to estimate it at an auction," Lipman went on, "I wouldn't estimate it less than $8,000 to $10,000 for the pair. What it would go for, that's anyone's guess. You have Christmas collectors, TV collectors, pop culture collectors and just about everyone else who would love something like this and cherish it and adore it... It's weird, you know, my wife and I were watching [Rudolph] this Christmas and... I had said to her, you know, 'I wonder where those pieces are'... And there they are."