At ROADSHOW's 2006 production event in Philadelphia, Juanita Jackson, the owner of an Eleanor Roosevelt archive met with appraiser Ian Ehling to discuss the family significance of the group. The archive had originally belonged to Juanita's cousin, Mrs. Mabel W. Webster, who was Eleanor Roosevelt's personal maid during her time as First Lady.

These documents offer an unusual, often personal, glimpse at some remarkable moments and figures in American history.

Juanita said that she was thrilled to have the chance to visit the White House several times with Mabel during the F.D.R. years. She got to meet Mrs. Roosevelt, whom she describes as having been a "very sweet, down-to-earth lady." Ehling said that Juanita's complete archive, which he called "a treasure," would be worth between $8,000 and $12,000 at auction. 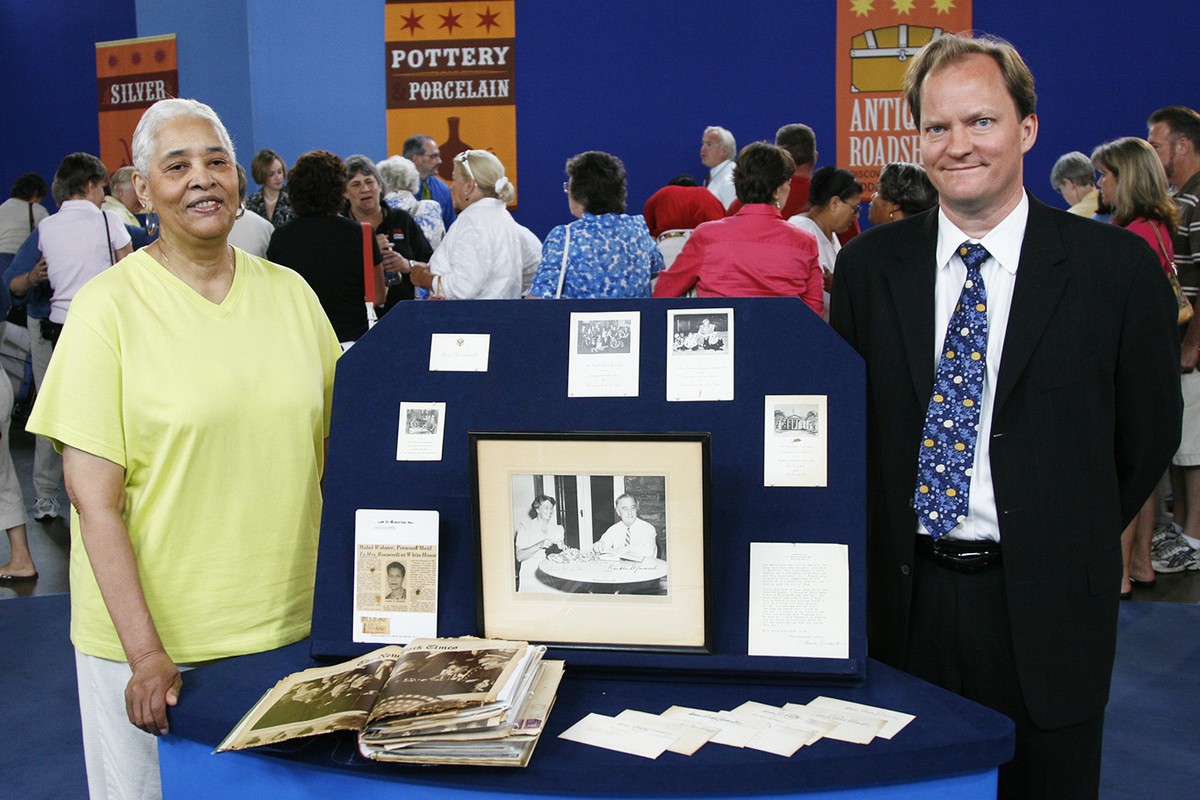 At the Philadelphia ROADSHOW event in 2006, appraiser Ian Ehling said that this Eleanor Roosevelt archive would be worth between $8,000 and $12,000 at auction.

Anna Eleanor Roosevelt (1884-1962), wife of 32nd U.S. President Franklin D. Roosevelt, was a lifelong advocate for progressive causes who became one of the most influential and beloved First Ladies in American history. Mrs. Roosevelt's long tenure in the White House lasted from 1933 until her husband's death in 1945 at the start of his fourth term, and during that time, in addition to her duties as hostess-in-chief, she took an active role in politics, wielding her own influence as well as counseling F.D.R. on a broad range of civil and human rights issues. She wrote and lectured prolifically, traveled widely, and was appointed by Presidents Truman and Kennedy to official posts at the United Nations and other humanitarian organizations.

Mabel W. Webster served as the First Lady's personal maid during her time in the White House, developing a close friendship with Mrs. Roosevelt that continued in later years. These documents, which comprise part of an archive of correspondence and other mementos collected by Mrs. Webster until her death in 1969, offer an unusual, often personal, glimpse at some remarkable moments and figures in American history.

For more about Eleanor Roosevelt, see: