Berj Zavian's appraised this 19th-Century necklace with Mary Todd Lincoln provenance for $2,500 to $3,500 in 2002.
Support provided by: Learn more

A look at the life of Civil War General Daniel Sickles proves they just don't make a good old-fashioned scoundrel like they used to.

We sometimes assume that people today are naughtier than those of yesteryear, that morals have decayed to the point of rotting, that lovers are less faithful, politicians more corrupt. But — to name at least one strong counter-argument to such supposed decline — there is Daniel Sickles, a 19th-century Congressman, friend to presidents, Civil War general — not to mention as well a notorious philanderer, a corrupt Tammany Hall politician, an embezzler, a cold-blooded murderer, and the officer who almost cost the Union victory in perhaps the most pivotal battle of the Civil War.

One good scandal might be enough for most men, but Sickles was more ambitious than the average rapscallion

General Sickles' name came up at the Albuquerque ANTIQUES ROADSHOW when a necklace appeared which Abraham Lincoln's wife, Mary Todd Lincoln, had given to Sickles and his wife Teresa upon the birth of the couple's daughter Laura in 1853. The Lincolns considered Sickles a friend, and at times he even attended some of the séances put on by the president's eccentric wife.

But Sickles raised his profile from well-known to infamous in an affair that occurred in 1858, well before his visits to the Lincoln White House. At the time, Sickles was a U.S. Congressman, having won that post from his esteemed place in Tammany Hall, the corrupt Democratic machine that ran New York City in the late 1800s. Sickles was also a committed womanizer who, at age 33, married the 15-year-old Teresa Bagioli, a charming and intelligent girl who could speak five languages. Committing to marriage, though, did not mean Daniel Sickles had committed to monogamy. While on a governmental assignment abroad, Sickles showed his chivalrous nature by inviting along just one of his favorite female friends — a prostitute.

Teresa, often ignored, took as her lover Philip Barton Key — son of the composer Francis Scott Key, who wrote the "Star Spangled Banner" — in what became a very public affair. Sickles, however, like the society of his day, held firmly that what was good for the gander was off limits to the goose. Sickles found out about his young wife's affair, and when he saw Philip Barton Key lurking outside his home apparently hoping to make contact with Teresa, Sickles marched outside and shot him repeatedly. As it happened, Sickle's home was across the street from the White House, and a presidential page there who witnessed the event immediately informed President James Buchanan about the shooting. In a sudden attack of generosity, Buchanan, who like Lincoln was a good friend of the Sickles, sent the page on an extended trip abroad.

One of the most scandalous trials of the century ensued, which included the magazine publication of a salacious confession of her affair written by Teresa Sickles — under the careful supervision of her wronged husband. Despite witnesses to the event, the Congressman was found innocent, becoming the first defendant ever acquitted of a crime under a plea of "temporary insanity." After the trial, Sickles, ever the gentleman, agreed to stay married to Teresa. "I shall strive to prove to all that an erring wife and mother may be forgiven and redeemed," he said.

One good scandal might be enough for most men, but Sickles was more ambitious than the average rapscallion. He was appointed a commander in the Union army during the Civil War. At the onset of the Battle of Gettysburg, Sickles' commander, General George Meade, told Sickles to hold his position. Sickles wanted to move his men to higher ground and sent a message to Meade asking to do so. When Meade's reply didn't arrive, Sickles moved his troops without permission.

"That took them out of line with the rest of the Union troops," notes Thomas Keneally, the author of American Scoundrel, a 2002 Sickles biography. "So some people say he opened up a near-fatal gap." Sickles' defenders counter that the move forced an engagement with the enemy. It also required Union troops to support the opened gap and occupy the Round Tops, two hills near the line "which turned out to be very strategic points in the battle," Keneally says.

Whether Sickles almost single-handedly lost or won this crucial battle of the Civil War is a point that historians debate to this day. Either way, he made a great sacrifice, for Sickles also had his lower leg shredded by a cannonball at Gettysburg. But the leg's amputation — bad luck for most bipeds — apparently served Sickles well. Among other things, it probably saved him the disgrace of a court-martial for disobeying orders. The wound also enhanced his reputation as a war hero. True to his flamboyant form, he donated his lost leg to an army medical museum and courted women by escorting them there to see his disembodied bones.

Teresa died of tuberculosis in 1867, and that same year President Ulysses Grant appointed Sickles ambassador to Spain. There, he built upon his résumé by conducting an affair with the deposed Spanish queen, Isabella II, for which he earned the nickname "The Yankee King of Spain."

In the 1890s, the former general was appointed to head the New York State Monuments Commission, which put him in charge of erecting Civil War monuments in the state. The position might have marked a noble end to Sickles' topsy-turvy career, but that would have been horribly out of character. In 1912, officials discovered $28,000 was missing from commission coffers and arrested the 93-year-old Sickles. Yet the wily former politician served not a single day in prison, his charm apparently rescuing him once again, as supporters raised money to fill the hole that had opened in the old man's pocket. And no doubt the old rogue would have added a few more chapters to his life story had there only been more time. He died two years later. 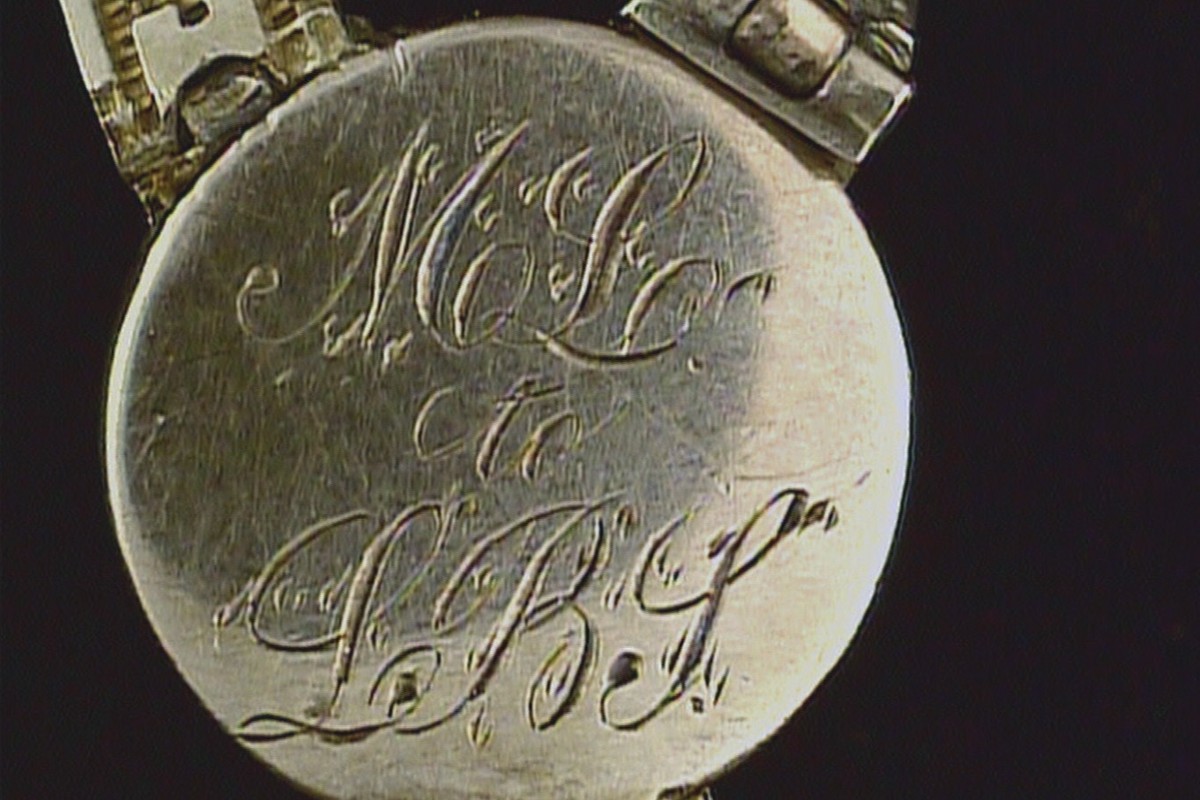 Detail of the coral necklace the Lincolns gave the Sickles' baby daughter in 1853. The necklace is inscribed from Mary Lincoln to Laura Sickles.