"Only Angels Have Wings": A Model Performance 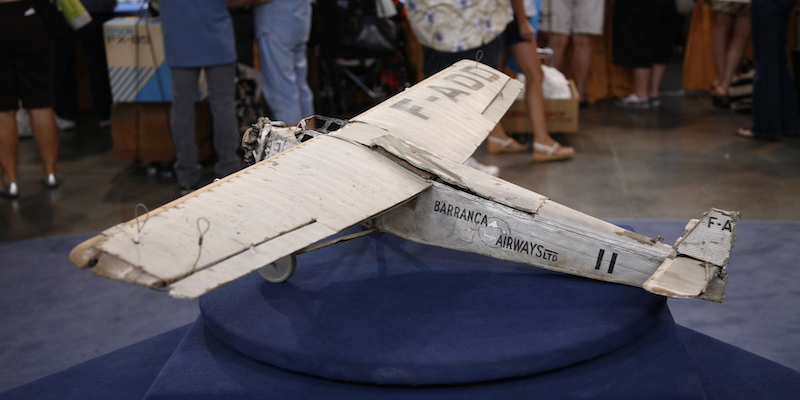 Watch this model's Hollywood debut in the 1939 classic "Only Angels Have Wings!"

At the Las Vegas ANTIQUES ROADSHOW in August 2007, toys and games appraiser Noel Barrett, of Reyne Gallery in Cincinnati, Ohio, talked to a guest named Gregg about a model airplane he'd bought at a swap meet in southern California for $195. Gregg said the model, a beaten-up old single-engine branded "BARRANCA AIRWAYS LTD" on the side, had a tag on it that said "movie prop." After a little investigating he determined that if it was indeed authentic it would have been a prop from the 1939 Howard Hawks action-adventure film Only Angels Have Wings, starring Cary Grant, Jean Arthur, and Rita Hayworth.

Noel explained that in the 1970s many film studios sold off their vast prop collections for "giveaway prices." But more recently, thanks to specialty auction houses, such props have enjoyed a booming new market. He emphasized too that finding visual evidence to establish an object as an authentic prop from a specific film is key to its value in the marketplace.

In Gregg's case, this particular scene from the film gives an excellent opportunity to compare the airplane in the movie with the prop Gregg bought—a perfect match in practically every detail. With this firm visual evidence and the model's impressive provenance from such a well-known Howard Hawks film, Noel estimated the prop's value today at $5,000.