A Shearwater Cat by Walter Anderson? 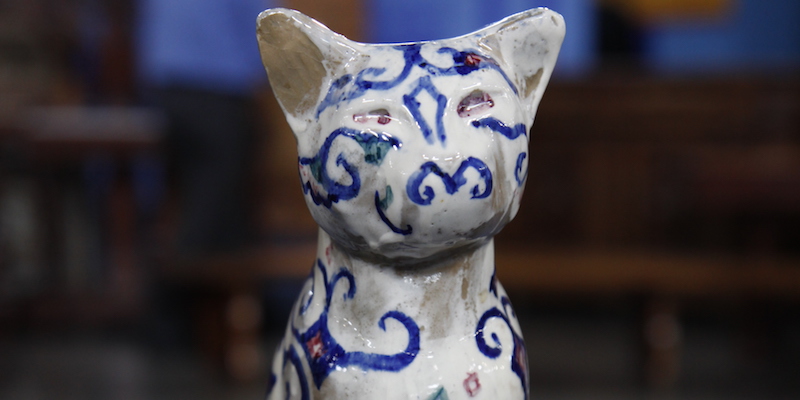 Appraiser David Rago's hunch about an earthenware cat pays off.

At the Phoenix ANTIQUES ROADSHOW in August 2009, a ceramic cat painted with a playful blue glaze showed up at the pottery table. Joanne, the cat's owner, had inherited it from a great-aunt. "My favorite color is blue," Joanne explained. "She gave me a lot of things that were blue." 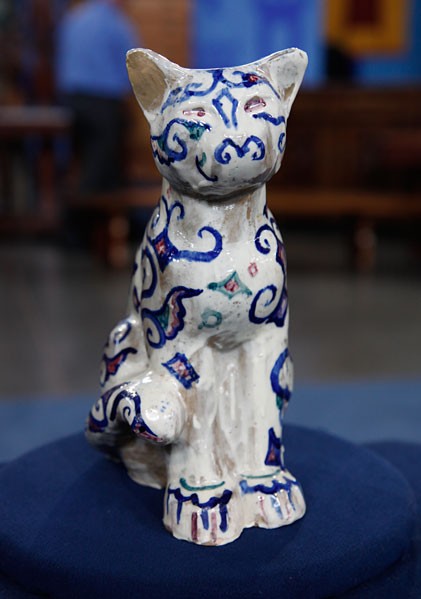 Further research has determined that this cat was made by Walter Anderson at the Shearwater Pottery around 1945.

When pottery expert David Rago was presented with the earthenware cat he looked for a tell-tale mark — "which would have made life a lot easier for all of us" — but he couldn't find one. Then Rago did what good appraisers do whether or not they find a mark: he examined the piece, looking closely at its clay, its cool-blue glaze, and what he called the piece's abstract "squiggly patterns."

No Mark — Just a Hunch

"People think we know everything right away, but sometimes it's a gut instinct," Rago said, noting it took a few minutes for him to come to a conclusion, "and my gut was that it was a Shearwater from the 40s or 50s." Shearwater is a small, family-owned pottery studio founded by potter Peter Anderson in 1928 in Ocean Springs, Mississippi, on the Gulf Coast, and still run by the family. More than that, Rago had a hunch that the piece was by Peter's younger brother, Walter Inglis Anderson, today better known as one of America's greatest watercolor painters.

But he wasn't certain. So after the Phoenix ROADSHOW, he sent an email to Dod Stewart, who wrote a book on the Andersons' pottery studio, called Shearwater Pottery, to see if he, too, thought it was a Shearwater piece. Dodd emailed back that he suspected the same but wanted to check with Adele Anderson Lawton, the daughter of Walter's younger brother James Anderson, and one of the next generation of Andersons who have carried on Shearwater Pottery. She confirmed the pot was by Walter.

That added to its value. Walter worked at Shearwater beginning in the early 1930s with Peter and the third brother, James, known as Mac. Walter created molds for earthenware figurines and also carved and painted pottery made by Peter. Douglas Myatt, director of collections and exhibitions at the Walter Anderson Museum in Ocean Springs, says that Walter made the mold and probably painted the cat in the late 30s, and that the mold is still sometimes used by Shearwater. 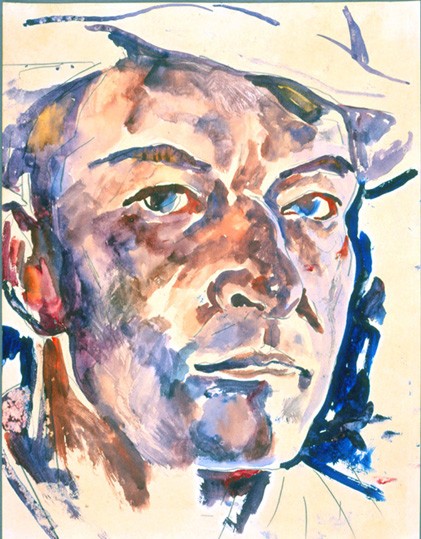 A Love of Nature — and Hurricanes

Walter's most famous works are his watercolors, which he did by the thousands, often painting on white 8x10 typing paper. In the late 1930s, he suffered from severe depression, and as the years progressed he became more and more reclusive. He loved to immerse himself in nature, and spent much of his time exploring the barrier islands off the Mississippi Gulf Coast, especially Horn Island, a stretch of sand, lagoons, and pines that he began frequenting more often after 1946. He would row or sail 12 miles to the island, paint his watercolors in the open air, and sleep under his overturned boat — doing this for days or sometimes weeks at a time. Later in life, Anderson referred to himself as "The Islander."

"In 1965, as Hurricane Betsy was coming," recalls Myatt, "he lashed himself to the highest tree on Horn Island because he wanted to experience a hurricane head-on." That was the same year Anderson died of lung cancer. When Hurricane Katrina hit the Mississippi coast in 2005, the Shearwater Pottery studio and the Anderson family compound were destroyed, and the family's collection of Walter Anderson pieces devastated. But the family has since rebuilt. Rago says that the destruction of Anderson's work has only made his surviving work more valuable — and estimates that today the Phoenix Shearwater cat would sell for between $10,000 and $20,000 at auction.

Like the great-aunt who left the Shearwater cat to Joanne in Phoenix, Walter Anderson also had a connection to cats — but living ones. "There was apparently always a litter of cats at Shearwater," says Myatt, who used to work at the Anderson compound. "Walter drew them, he painted them. He wrote a poem called 'An ode to a cat.' He loved cats."

For a history of Shearwater Pottery and the Anderson family see: Dreaming in Clay, by Christopher Maurer and Maria Estrella Iglesias. Doubleday, 2000.