Georges Seurat: From Pen to Pointillism 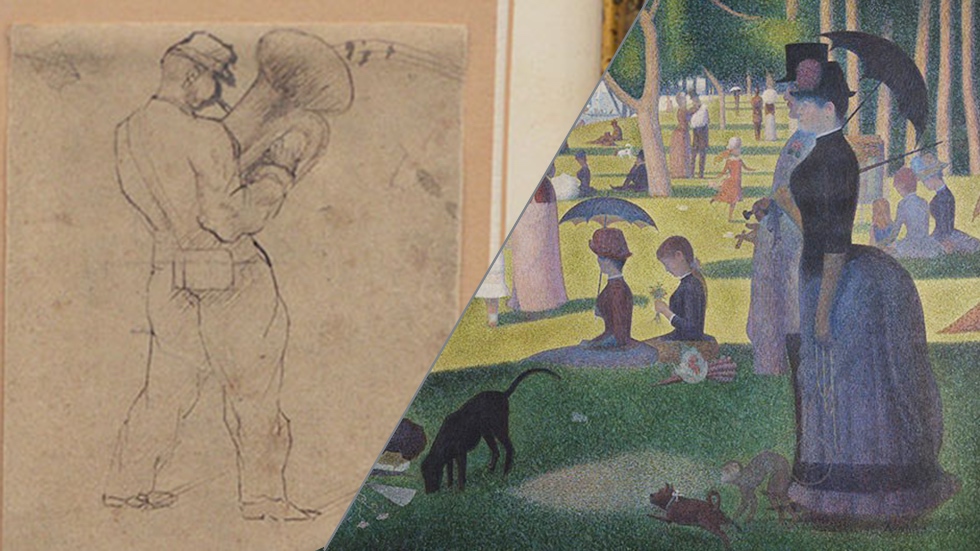 Take a closer look at Seurat's 1884 masterpiece, "Sunday Afternoon on the Grande Jatte."

Taking a look at the drawing brought to the 2014 ANTIQUES ROADSHOW event in Albuquerque, the untrained eye might not immediately attribute the piece to Georges Seurat, the inventor of the 19th-century avant-garde painting technique now called Pointillism. But the simple pen and ink on paper, done around 1875 when he was a teenager, demonstrates Seurat's early days as an artist. 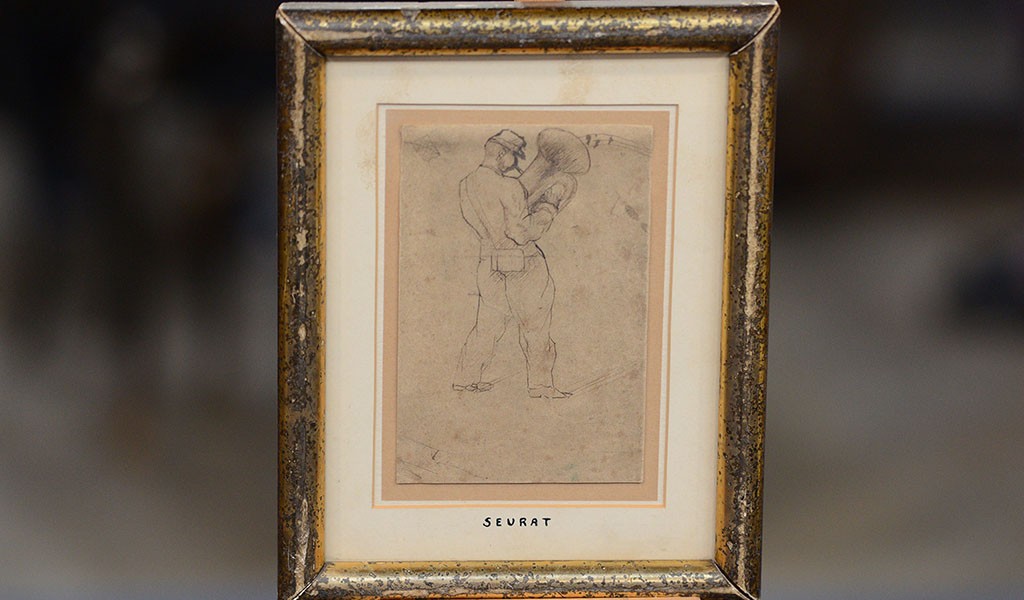 A drawing by Georges Seurat made its way to the appraisal table at the 2014 Albuquerque event. The piece may look minor, but it shows his classical training and commanded an auction estimate of $7,000 to $10,000.

"He's such an important artist that these drawings of his youth are as important as many other works by greater artists in their prime," expert Kathleen Harwood said. The piece exemplifies the style he used when he was being academically trained and boasts very strong provenance. Though a modest drawing, the rarity of the piece, its art historical value, and its strong documentation contributed to Harwood's auction estimate of $7,000 to $10,000.

It's jarring to compare the modest drawing to Seurat's 1884 masterpiece, Sunday Afternoon on the Grande Jatte. After debuting his painting in Paris, Seurat became known as the founder of the Neo-Impressionist avant-garde art movement that manifested itself mostly in France through the 1890s, even after Seurat's early death in 1891. In direct response to Impressionism and its spontaneous, loose style, Seurat and his contemporaries favored precision-based painting techniques grounded in a deep understanding of optics and color theory.

Seurat's technique would subsequently become known as Pointillism, a name that describes the application of precise dots of paint to create the effect of mélange optique, or optical mixture, a way of cultivating vibrancy on the canvas. "It's probably one of the most iconic pictures of the 19th century in France," Harwood said. "Seurat is one of the most important artists [of that] century." 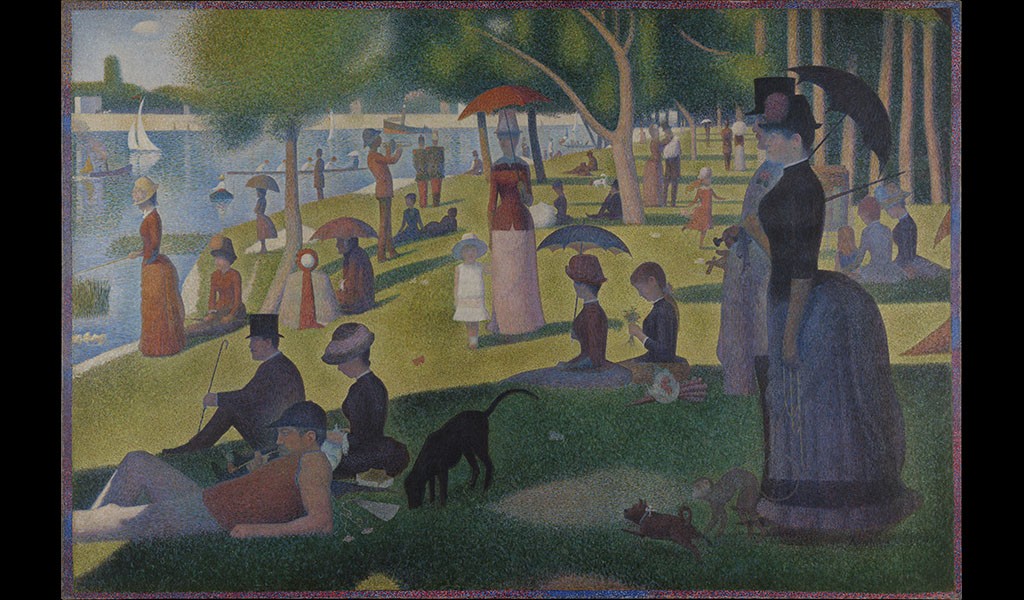 "Sunday Afternoon on the Grande Jatte" is Georges Seurat's most iconic painting, which currently resides at the Art Institute of Chicago. The 1884 painting depicts a quintessential scene of people relaxing in a park on La Grande Jatte, an island in the Seine River. (Image source: Wikimedia Commons)

Learn more about this painting from The Art Institute of Chicago