Explainer: Who Was Dave the Potter? 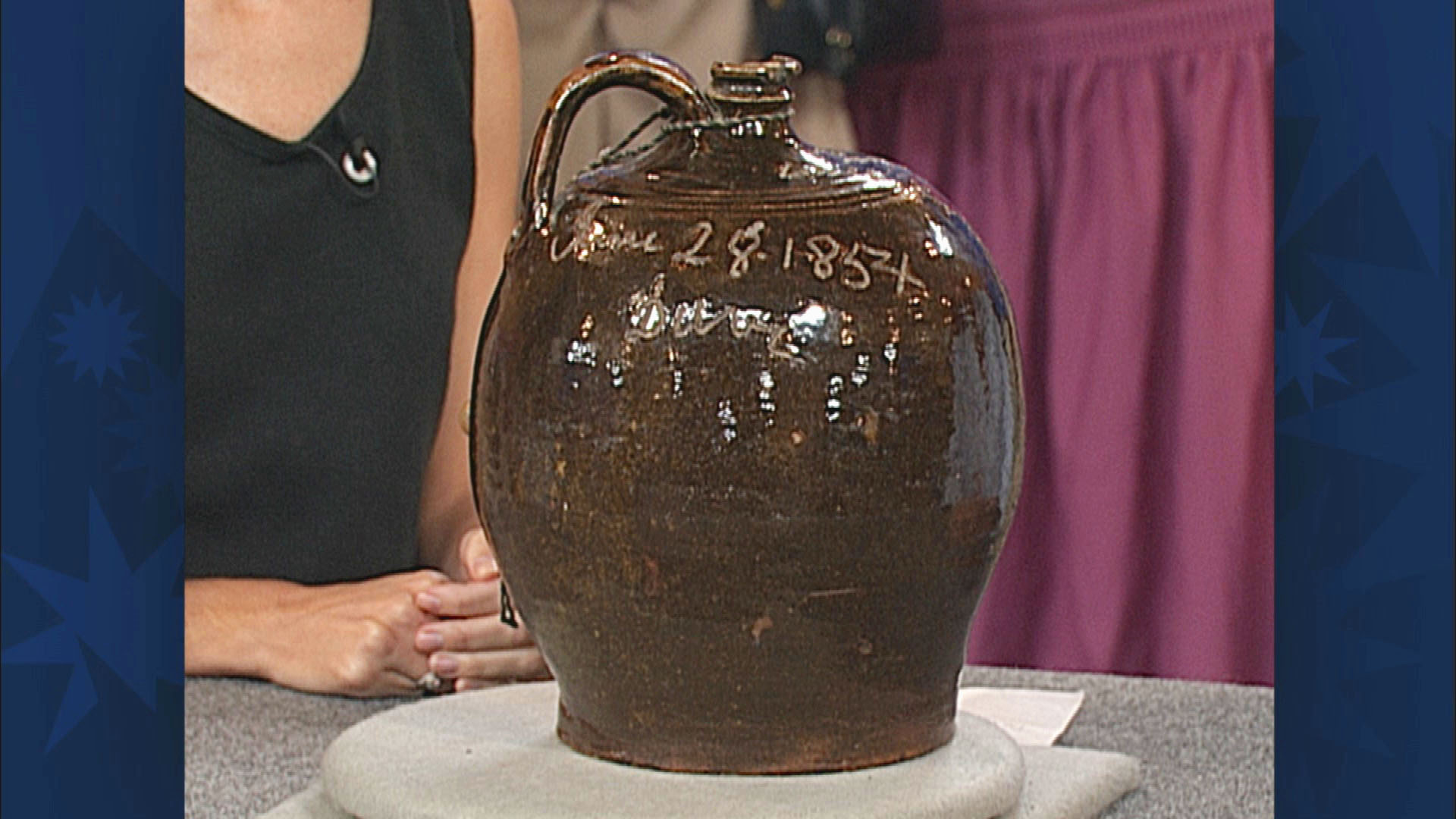 1854 Dave Drake stoneware jug. J. Garrison Stradling originally appraised this jug at the 1999 Charleston ROADSHOW event in Charleston, S.C., for $6,000 at auction, and as of 2014 that value had remained the same.
Support provided by: Learn more

Find out more about Dave Drake, also known as “Dave the Potter,” a literate and highly skilled artisan, born into slavery in South Carolina in the early 19th century and now celebrated for his finely crafted stoneware.

“You are very, very lucky,” appraiser J. Garrison Stradling told a Charleston, South Carolina, guest in 2000 when she told the story of how she had sold — and then hurried to buy back — the stoneware jug she had brought to ROADSHOW.

J. Garrison explained on air that the stoneware jug was the 1854 work of Dave Drake, a man who was enslaved but literate, at a time when educating slaves was illegal.

Dave contributed to the extraordinary stoneware pottery coming out of the Edgefield area in South Carolina with his own large pieces, extraordinary in their own right for the poetry he often wrote on the surface. What happened to Dave after his emancipation, and what was his lasting influence on stoneware pottery since his death in the 1870s?

Learn more about Dave the Potter and his life and work below.

• Who Was Dave the Potter? An overview of David Drake's life and work from South Carolina's "SciWay" website