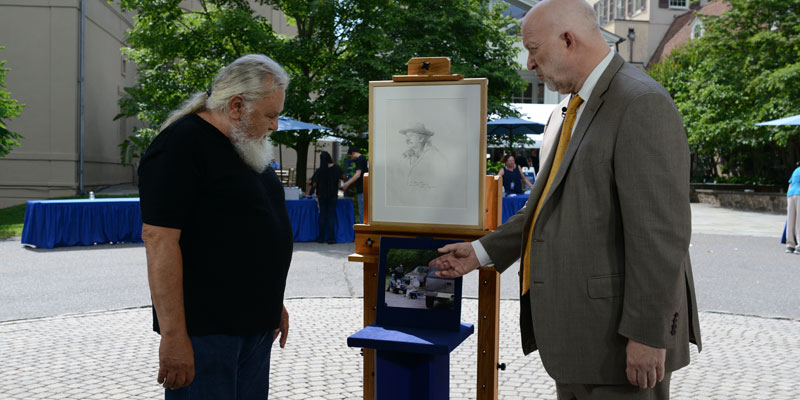 During ANTIQUES ROADSHOW’s 2019 event at the Winterthur Museum in Delaware, a guest named Andy Bell brought in a 1992 pencil portrait of himself, drawn by famed American artist Andrew Wyeth, and accompanied by a rather peculiar photograph of Bell sitting on a motorcycle, with another man in a large puffy coat sitting nearby, appearing to concentrate on something. The pencil portrait bears an inscription that reads, "For Andy Bell, from his friend Andy Wyeth.”

Both Pennsylvania-born residents, Bell and Wyeth became friends when Andy was 13 years old in their hometown of Chadds Ford. “My mom had a restaurant in Chadds Ford. And [Wyeth] and Betsey [his wife], they used to stop in the restaurant,” Andy remembered. “Anyway, we just hooked up a friendship. I’ve always known Andy, we used to snowmobile together. I took care of his cars, and we just became good friends."

Bell told Nichol how the photograph, taken in April 2008 by his wife, was a snapshot of Wyeth seated on a stool painting Bell astride his motorcycle — for a work Wyeth titled Stop!.

In a 2019 interview with Chadds Ford Live, Andy recalled how Wyeth had first drawn inspiration for Stop! back in 2004, when he saw Andy on his motorcycle, paused at a stop sign on Route 1.

Wyeth’s Stop! was the very last painting he completed in Chadds Ford before passing away in January 2009, which made his friend Andy Bell his last model.

“You seem to have been very close and had a nice relationship,” Nichol told him.

Based on the sentimental origin of the portrait, Bell’s story, and Wyeth’s renowned artistry, Nichol gave the pencil portrait an auction estimate of $30,000 to $50,000.

Take a look at Wyeth's Stop! painting here and see Bell's photograph below! 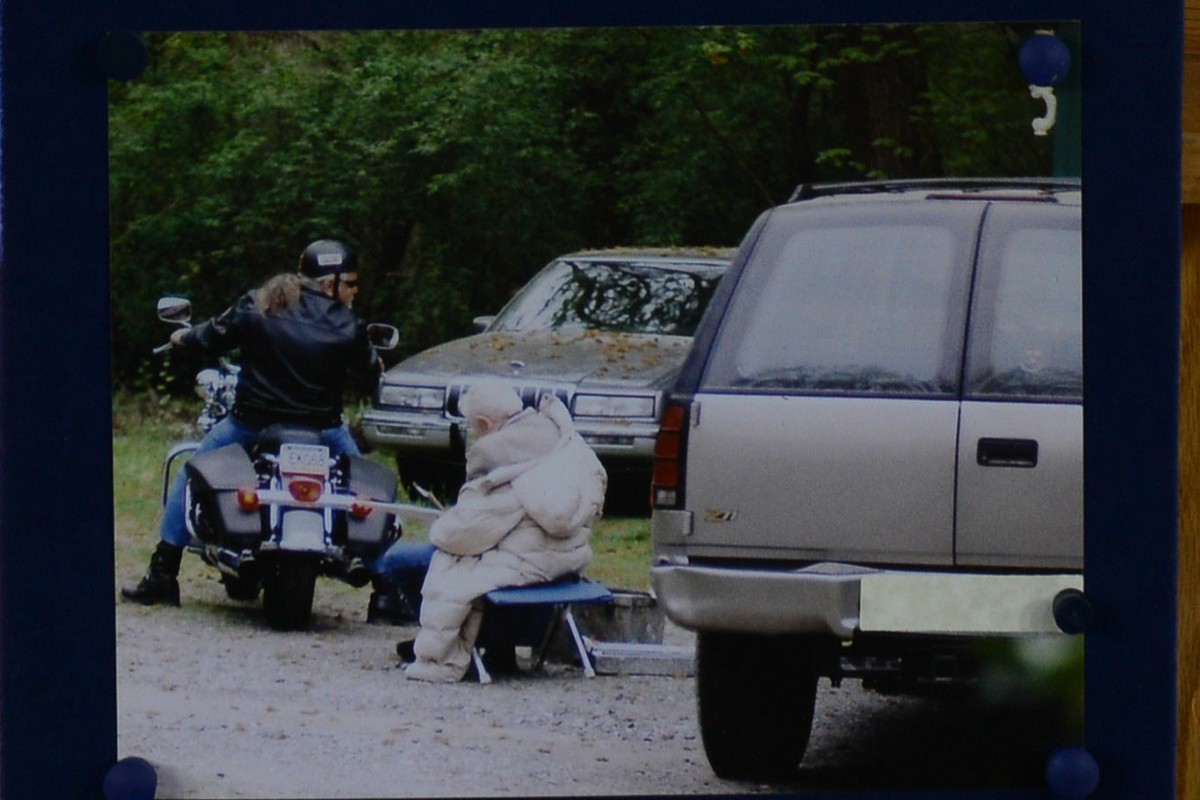