Racism in the Use of Native American Images 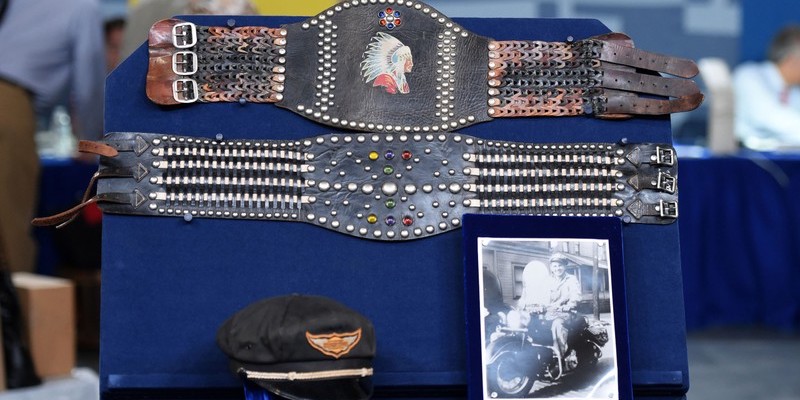 Native Americans have been the subject of racial stereotypes and exploitation in white American culture and enterprise throughout the nation's history.

ANTIQUES ROADSHOW recognizes that among the vast array of artifacts, heirlooms, and collectible objects in the marketplace, many will inevitably carry some hallmark of an era when racial prejudice and cultural chauvinism were practiced unquestioningly by a large percentage of white Americans.

Native Americans have long been the subject of stereotypes — in art, entertainment, and in all manner of commercial enterprise. Even to the present moment, for instance, the trope of the fierce Indian has been ubiquitous in American sports. From the Cleveland "Indians" to the Atlanta "Braves" and perhaps most egregious of all, the Washington "Redskins." And of course, there are countless sub-professional teams at all levels that continue to crassly employ the names of regional Native tribes for the purposes of logos and mascots.

Stereotyped imagery of Native Americans has also been commonly used in the visual branding of commercial products for well over a hundred years. At the Cleveland ANTIQUES ROADSHOW event in July 2015, a guest brought in a pair of Buco kidney belts that her husband, a Harley-Davidson fan, and his father, who preferred a different make, used to wear while riding their motorcycles. One of the two belts is decorated with a stylized image of an American Indian chief in profile, with traditional feathered headdress, because — as the guest explained to appraiser Leila Dunbar, her father-in-law rode a bike manufactured by Indian Motorcycle, America's first motorcycle company, founded in 1901 in Springfield, Massachusetts.

ANTIQUES ROADSHOW is mindful that many antique products and artifacts carry imagery and associations that may be justifiably distasteful or offensive to some viewers. We are mindful of those sensitivities and evaluate each object we see on a case-by-case basis, with the goal of educating our audience about the historical and cultural significance of objects brought in by our guests and supplying context about the vast American marketplace for all kinds of antiques.

The following online resources provide further information on the topic of racial stereotyping of Native Americans.

• Telling Their Own Stories: Native American Stereotypes in Art

• I Is for Ignoble: Stereotyping Native Americans — article published by the Jim Crow Museum of Racist Memorabilia at Ferris State University

• "I Hated Tonto. (Still Do)" — a personal essay by Sherman Alexie