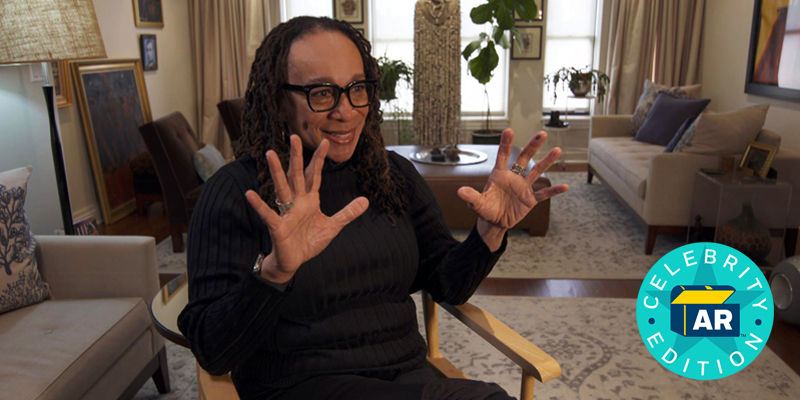 Featured in this Episode" —

Find all the celebrity appraisals in our Archive &#187;

Don't miss these un-aired appraisals and other amusing moments during Roadshow's visit with the Tonight Show funnyman!

Hear more from Epatha Merkerson about what she learned during her time on the PBS series Finding Your Roots about her family's painful history and the connection with Georgetown University.

GU272 is an organization “dedicated to preserving the memory, commemorating the lives, and restoring the honor of the 272+ enslaved people sold by the Maryland Province Jesuits in 1838 and those who were enslaved before, during, and after the sale by the Society of Jesus.”

Hear from young-adult author Jason Reynolds on what he’s missed most this year during the strange experience of sheltering from the pandemic.

Until next time! As Jay Leno bids farewell to appraisers Michael Grogan and Karen Keane, he shares a few parting thoughts.