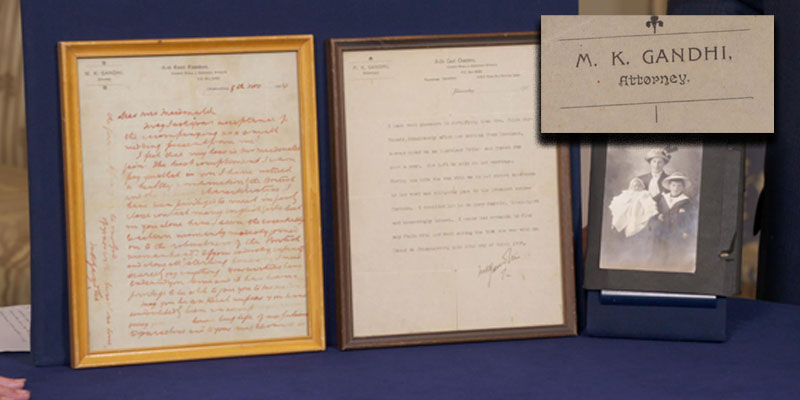 Most people know Gandhi as the lawyer, ethicist, and advocate of peaceful social protest — but for one ROADSHOW guest's grandmother, he was also a friend and mentor.

During the 2021 summer filming of ROADSHOW at the Wadsworth Mansion in Middletown, Connecticut, a guest named Mary brought a special pair of letters — one handwritten and one typed — to her grandmother, Julia, from M.K. Gandhi. Mary explained that her grandmother had moved from Scotland to Johannesburg, South Africa, where she became Gandhi’s first secretary after answering a hiring ad in 1900.

In the handwritten letter, dated November 5th, 1904, Gandhi wishes Julia luck as she leaves him to be married. It reveals that Gandhi even walked her down the aisle and gave her away at the wedding.

The second, typed letter from 1906, served as a shining recommendation for Julia to present to future potential employers.

Books & Manuscripts appraiser Tom Lecky noted that while Gandhi recommendation letters like this one do come up on the market frequently, the handwritten letter is rarer and reveals more details about their relationship. Taking into account the intimate nature of the story told through the letters, he estimated that the set would sell for $10,000-$15,000 at auction and suggested an insurance value of $20,000.

Read the letters below.

Dear Mrs. Macdonald,
May I ask your acceptance of the accompanying as a small wedding present from me? I feel that my loss is Mr. Macdonald’s gain. The best compliment I can pay you is that in you I have noticed a healthy combination of the British and the Indian characteristics. I have been privileged to meet in fairly close contact many English girls but in you alone have I seen the essentially Eastern womanly modesty joined on to the robustness of the British womanhood. Of your industry, capacity, and above all your sterling honesty, I need scarcely say anything. Your virtues have endeared you to me and it has been a privilege to be able to join you to Mr. Macdonald. May you be an ideal wife as you have undoubtedly been an exemplary _, and may you both live a long life of usefulness to yourselves and to your neighbors is the fervent prayers to our god. Of yours with a brother’s love, M.K. Gandhi

I have much pleasure in certifying that Mrs. Julia MacDonald, immediately after her arrival from Scotland, served under me as a shorthand Writer and Typist for over a year. She left me only on her marriage. During the time she was with me by her strict attention to her work and diligence gave me the greatest satisfaction. I consider her to be very capable, intelligent, and exceedingly honest. I never had occasion to find any fault with her work during the time she was with me. Dated at Johannesburg this 28th day of March 1906. 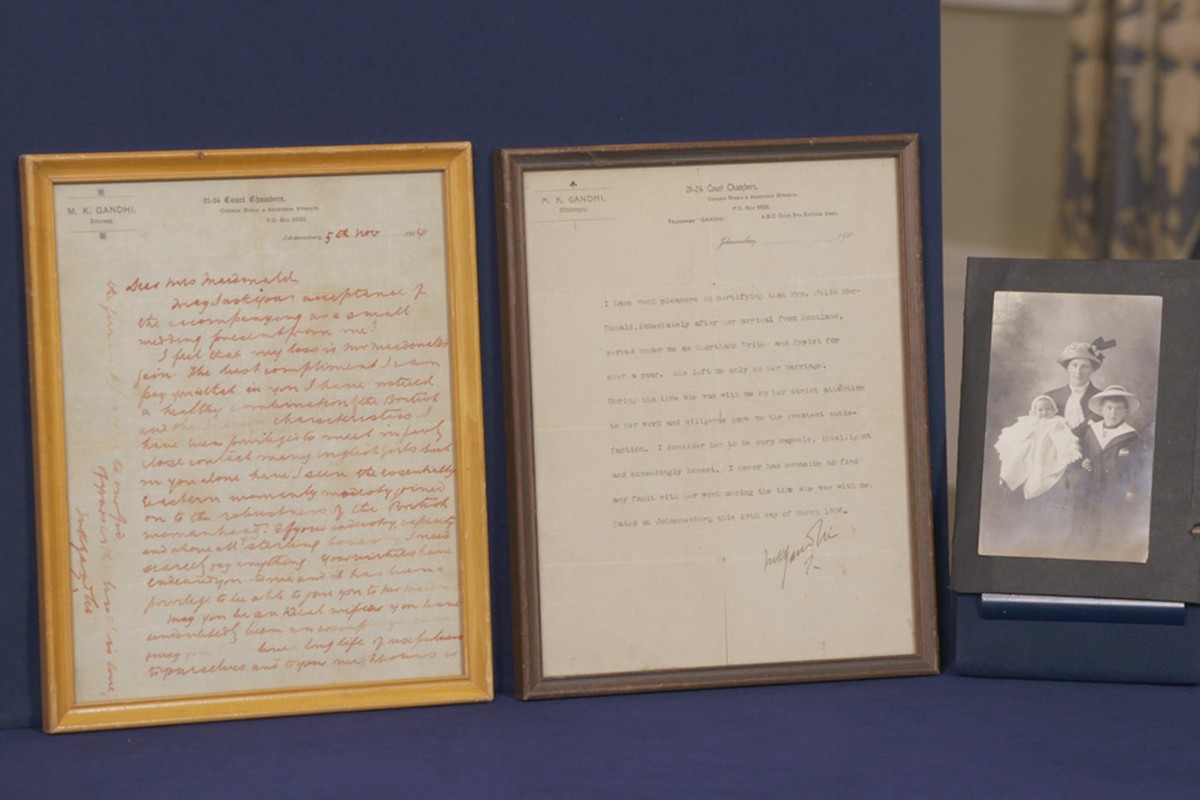 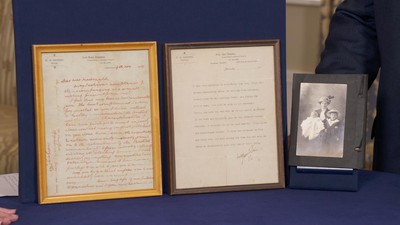 About the Author Courtney Durso
Courtney is an intern for ANTIQUES ROADSHOW.
More from PBS