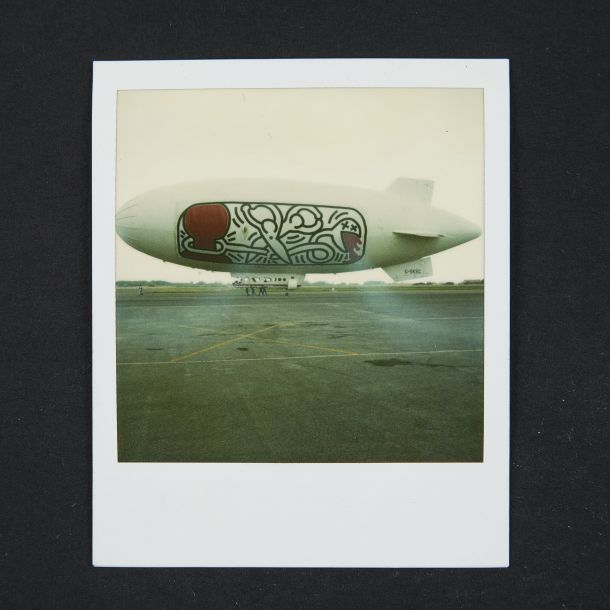 Keith Haring mural on a blimp. Photo: The Haring Foundation.

No canvas? No problem!

Keith Haring intended for his artwork to be seen by as many people as possible. Disillusioned by the elitist and exclusionary New York City art gallery scene of the 1980s, Haring preferred alternative methods to display his work. His life’s mission was to communicate art to large numbers of people, liberating it from gallery walls and into our everyday lives. Throughout his life, Haring made numerous public artworks across the globe.

Here are three ways Haring made his work accessible to the world:

Inspired by the city’s burgeoning graffiti culture, Haring made his mark in New York and beyond. Haring made thousands of drawings in subway stations throughout New York City’s underground transit system. Often forgoing a signature, Haring garnished his pieces with a motif that eventually became known as “the radiant baby,” a crawling figure surrounded by radiating lines. Haring would travel to the city’s farthest reaches, often joined by a photographer to document him at work. Haring was arrested multiple times for defacing public property. The recognition he gained from his graffiti work would propel him into popularity with the city’s creative class. Haring sought to create art that could be viewed outside of a gallery or museum, turning public transit into a dazzling display for all to enjoy. 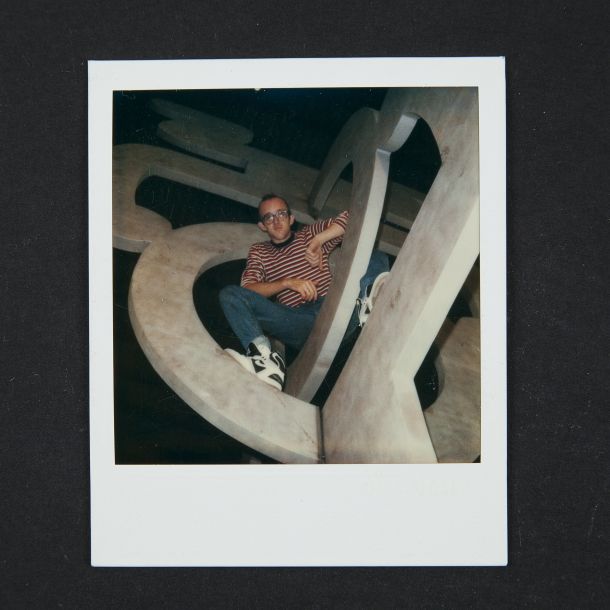 The Pop Art movement was well under way by the time Haring opened the Pop Shop in Manhattan’s SoHo neighborhood in 1986. The shop carried posters, t-shirts and other objects printed with Haring’s designs. A reaction to the elitism of the art market, Haring opened the shop to make his work accessible to the widest possible range of people. With its clubhouse atmosphere, the Pop Shop attracted a vast array of people from the five boroughs and beyond. The shop remained open until 2005. 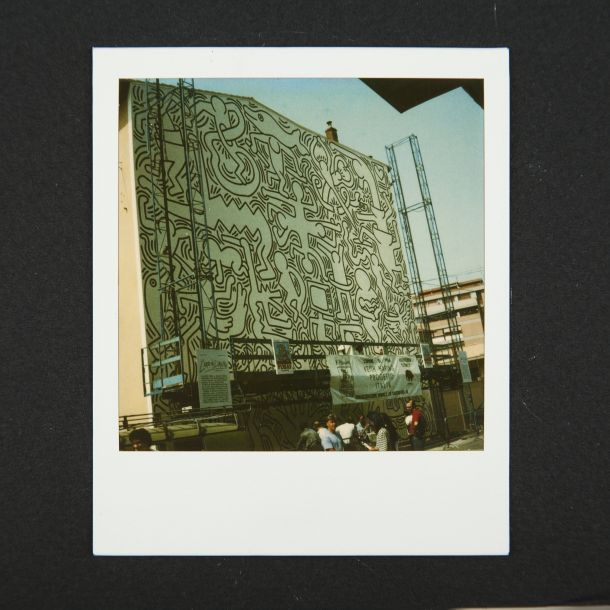 Fusing art with activism, Haring’s large-scale murals often contained messages relating to social and political issues. But one of Haring’s most notorious works was famously once considered an act of vandalism. In 1986, Haring painted his “Crack is Wack” mural on an abandoned handball court in Harlem. He was arrested, but the charges were eventually dropped after local officials expressed their support for the mural’s anti-drug message. Once Haring gained notoriety in the art world, he was commissioned to paint murals all over the world, including a section of the Berlin Wall. Using the colors of the German flag, Haring hoped to spread a message of unity between East and West Germany.