Delightfully quirky and compassionate in sensibility, Al Hirschfeld has immortalized the icons of American theater and film for the better part of the twentieth century. 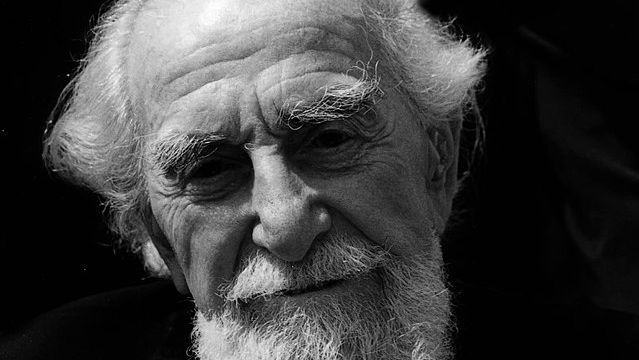 “When I was about fourteen, my mother took me to see a musical comedy. …And that was my first experience in the theater and I was enchanted with it. It transported me to another world. …You might say that I was stage-struck. I was mesmerized by the stage.”

They start with a simple line on a blank page and evolve into fluid caricatures that take on a life of their own. They are images we recognize: witty, discerning renditions of the kings and queens of Broadway and Hollywood. Delightfully quirky and compassionate in sensibility, Al Hirschfeld has immortalized the icons of American theater and film for the better part of the twentieth century.

Hirschfeld was born in St. Louis, Missouri on June 21, 1903. When he was eleven his family moved to upper Manhattan, where he enrolled in the Art Students League. By the age of seventeen he had already worked for Metro Goldwyn Pictures, and become the artistic director for Selznick Studios. Hirschfeld moved from New York to Paris, where he spent much of the twenties studying art. He was a young man making his way through the art world of Paris and the theatrical world of New York when he stumbled upon his calling.

One evening in 1926, he went to the theater with his friend Richard Maney, the legendary publicity agent. During the show, Hirschfeld sketched the French actor Sacha Guitry on his program. Maney recognized Hirschfeld’s gift instantly and encouraged him to re-create the sketch on a clean sheet of paper. Maney sold the finished piece to the Herald Tribune. Soon, Hirschfeld’s work was appearing in several newspapers. Drawn in the darkened theater, his simple yet distinctive images caught the attention of much of the publishing world and in 1929 he made an exclusive agreement to work with the New York Times.

Working for the New York Times, Hirschfeld’s style gained unparalleled notoriety—becoming synonymous with theatrical fame. You weren’t established until Hirschfeld drew your portrait. His ability to contain the essence of an actor or a performance in a few lines made his work seem both honest and unpretentious. Of his portraiture, Katherine Hepburn warned: “It tells the whole story — terrifying.” For many, however, Hirschfeld’s “whole story” was there first exposure to a greater audience. According to Carol Channing, he was responsible for jump-starting her career. “Al Hirschfeld picked me out of twenty unknowns in a little review called “Lend an Ear”, and put me on the front page of the NEW YORK TIMES.”

Throughout the 1940s, Hirschfeld began to branch out as an artist, illustrating books for authors including S. J. Perlman, Fred Allen, and Brooks Atkinson. He continued to work in many artistic mediums including lithography, watercolor, etching and sculpture. By the 1950s his imagery was universally recognized as an integral part of Broadway and the rest of the theatrical world.

In 1951 he began work on a book for which he was both the author and illustrator—SHOW BUSINESS IS NO BUSINESS (1951). He eventually followed this with THE WORLD OF HIRSCHFELD (1968), in which he elucidated much of his process and autobiography. More than ten years later he published a third book, HIRSCHFELD BY HIRSCHFELD (1979). Throughout his long career, Hirschfeld’s imagery has remained a cornerstone of the industry he loves so much. In their plain, unobtrusive way, they have spoken volumes about their subjects and have documented the modern history of an important American art. Between the actor and the critic, Hirschfeld carved out a place for himself in American theatrical culture. 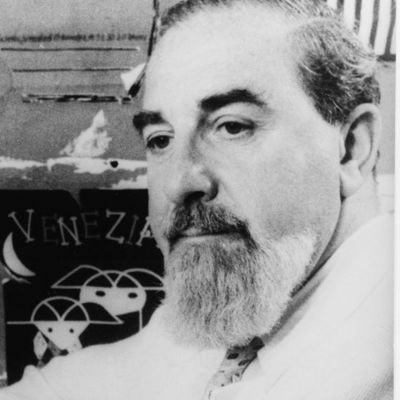