Amyra León is a musician, playwright, author, and activist. A graduate of NYU’s Tisch School of the Arts, her work fuses music and poetry through powerfully transparent performances focusing on social inequalities and communal healing whilst celebrating love, Blackness, and womanhood.

She has performed throughout the United States and Europe collaborating with the likes of The Apollo, BAM, BBC, Roundhouse, Amnesty International and more.

Amyra composed Una Mujer Derramada in collaboration with Sivan Eldar commissioned by and performed with Lisbon’s Gulbenkian Orchestra, the Montpellier National Opera, and the Paris Chamber Orchestra. She is the inaugural recipient of the Battersea Arts Centre Phoenix Award which led to the 2019 London premiere of her debut play VASELINE.

She is the author of Concrete Kids (Penguin 2020), Freedom We Sing (Flying Eye Books 2020) and Darling (Walker, Candlewick 2022) . Her musical debut, Something Melancholy, led to sharing stages with Common, Robert Glasper, Nikki Giovanni and more. Amyra’s debut album, WITNESS, was released in September 2020.

Malika Zouhali-Worrall is an Emmy 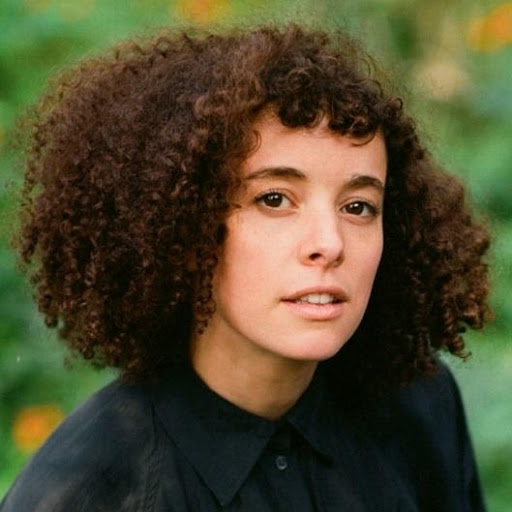 award-winning director and editor based in Brooklyn, NY. Her first film, Call Me Kuchu, premiered at the Berlin International Film Festival in 2012, going on to screen at more than 200 film festivals and win 20 awards. Malika’s second film, Thank You For Playing, an ITVS/POV co-production, premiered at the 2015 Tribeca Film Festival, and broadcast in the U.S. on POV, after a theatrical release in 2016. In 2017 the film was awarded the News & Documentary Emmy® Award for Outstanding Arts & Culture Documentary, and was also nominated for Outstanding Documentary Editing and Best Documentary. More recently, Malika directed an episode for the Arte / Upian co-production, Earn A Living (IDFA 2018), a documentary series that examines experiments worldwide in universal basic income. She is currently a San Francisco Film / Catapult Documentary Fellow, and recently received the year-long Chicken & Egg Award fellowship for mid-career filmmakers (formerly known as the Breakthrough Award). Follow her on Instagram.

(drum beat) (smooth electronic music) - The reason why I'm alive is because I didn't forget the song my heart planned on singing.

(audience screaming) ♪ Don't deny you're from Abraham ♪ (traffic driving by) (birds chirping) (children talking) - [Amyra] I am a Harlem native, a poet, musician, an educator, and a black woman who loves being black.

They lost me to the hands of the state, she exchanged her language for vodka slurring, borrowed intimacy, he simply a bedtime story.

I tried 13 times to belong at homes that weren't mine, adopted into poverty.

♪ Body oh baby, body oh baby ♪ Sacred limbs, twisted literacy (soft vocalizing) I was taken from my birth mum when I was a baby.

I moved 13 times by the time I was seven, and was adopted when I was 13, and in all of these home I experienced excruciating amounts of violence, verbal, physical, sexual, so it was a madness growing up with such awareness, of what my body meant to different people, to the government, to this family, to this man.

One of my first pieces that I performed live, was about the molestation that happened in the foster homes that I was in. And I was 14 and I performed this, and then two women came up to me and they were like, 'You said things in that poem that I've wanted to say my whole life and I've never told anyone.'

And I was here like 14, still going back home to the abuse, me, I just trying to survive was an invitation to other people to do the same. And I will never forget that moment because without that, I don't know if I would've ever done that again.

(piano music) My work is about reconciliation between me and my blackness, me and my skin, me and the language that I use, me and my name. All of my work has been a reflection of this healing that I've been doing for 25 years.

♪ Maybe we can talk for a minute ♪ That's just like a little rough sketch, it doesn't need to be exact, and then I wanna get to the (singing) I wanted to love, wanted to be loved Maybe we can talk for a minute, 'cause we're old enough (band vocalizing) (strumming bassline) [Voiceover] My joyous place is improvisation. It's like everyone's going off of instincts, and we're all saying that everyone's instincts are correct.

I'm freest when I'm around people who know how to do that.

I have so much power as a performer, I realize that with music I could heal others.

(onscreen) No matter what it was that you had to leave at the door to be here tonight, I'm just so grateful that you're in this room, I just want us to breathe together, you know the work is heavy, so whatever you feelin, take that deep breath, this shit is free, okay?

Take it all, all right? Society thrives on us being small, we need to take up as much as space as possible and I'm already thick and I'm taking up more space today, all right?

(audience cheering) So let's do that together, okay? You ready?

If they were made up! (sighs) (keyboard typing) Okay, this is what came first. Okay, and story began.

[Voiceover] I wrote a theater piece about being a black woman.

And then can I see the, so this is good.

[Voiceover] I realized like, okay, if I'm gonna talk about the intricacies of black womanhood, I can't just talk about myself, I gotta start talking to more black women.

[Voiceover] You know it's like, what happens when black women are in a room together and they just speak, the dinners would go for three to seven hours, the longest one I think was 11.

And then we'll drop, when we drop, we'll have a blackout.

Brown girl begs for life, in the morning, 'cause mama no black.

[Voiceover] And the conversations I had were heavy.

And the peace that therefore resulted was excruciating.

- I wanted to call my mother, I wanted her to answer.

- I wanted her to tell me that none of this was real.

They run, they safe place, they danger.

- [Amyra Voiceover] We did it five times, and every single time it felt like I died and came back to life.

- They forgiveness, They weakness, they beginning, they end.

- [James Baldwin] Kids were murdered in Sunday school, in a presentation, and nobody cares!

- [Amyra] Burning in Birmingham is a song I wrote inspired by the 1963 church bombings, and Nina Simone.

- And when these kids got bombed, I just sat down and wrote this song.

♪ We're burning in Birmingham, we are ♪ (band performing Burning in Birmingham) [Voiceover] When I looked it up, I found out that they were five little girls in the church, and one of them is still alive, and Sarah Collins still lives in Alabama, and still has to get reconstructive surgeries and is still paying medical bills.

That is what being a black woman in America is.

Everything will happen and even when they acknowledge it, they'll leave you to deal with it yourself, the same with Trayvon Martin's mother, Sybrina Fulton.

It's about cyclical genocide that's been going for centuries, about how we just forget the black women who've been carrying it all.

♪ You know, I heard somewhere ♪ ♪ That black women are impossible to love, and I get that ♪ ♪ 'cause once we start to love you ♪ ♪ Your days are numbered. ♪ (car honk) (vocalizing) - This draft was great, I guess the last thing to do is sign the contract.

[Voiceover] Concrete Kids is a book of poetry and prose, it's looking at my life in Harlem, my life in foster care.

Yes, there was bloodshed, yes there was laughter.

I'm writing it for the child that I was, for my nieces and my nephews, and for all the people I was raised with, and for the educators who didn't know how to educate me.

If anybody was asking me the right questions as a child, my life would've been very different.

I had to work without the adults in my life to make sure I was safe. Toni Morrison, Maya Angelou, they made sure that I would know that my life was true.

♪ Holy, holy, I'd be holy, holy, ♪ My intent with my work is really to reflect authentically on my perspective, I have changed my life, but I didn't change it by disappearing who I was, I changed it by allowing myself to be who I was.

- (singing) Yeah, you're welcome anytime, let me tell you what's on my mind, we got the!

- (singing together) Hold me!

- [Amyra Voiceover] That I have to see myself reflecting in the future, you know, and create that future with the people that are in my communities.

(onscreen) Thank you for liking.

[Voiceover] This is for the concrete kids.

The kids with the melanin kiss.

(deep sighs) ♪ Don't tell me how to be, just let me live in my body ♪ ♪ Have you seen the news? They're all talking about me ♪ ♪ Don't take my heart to the graveyard ♪ ♪ I still got breath in me ♪ ♪ I don't take that lightly ♪