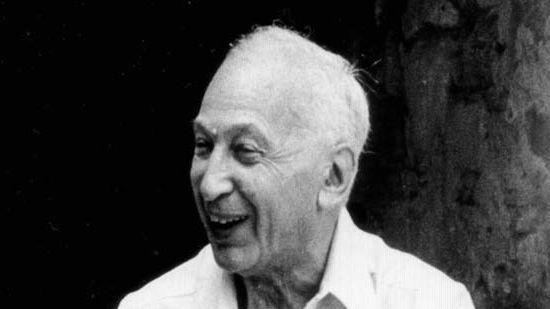 Known for his extended study of Washington Square Park and his distorted nudes of the 1930s, Andre Kertesz was a quiet but important influence on the coming of age of photojournalism and the art of photography. For more than seventy years, his subtle and penetrating vision helped to define a medium in its infancy. Though he spent most of his life in the United States, his European modernist sensibility is what made him great, and that is what he is remembered for today.

Born in Budapest in July of 1894, Kertesz was one of three brothers from a middle-class family. Soon after getting his bachelor’s degree from the Hungarian Academy of Commerce in 1912, he found a job as a clerk at the Budapest Stock Exchange. Though the work seemed far from his deeper aspirations, it did provide him with the resources to purchase his first camera. When, in 1914, he was drafted into the Austro-Hungarian army, he brought along his camera. The photographs he made during the war represent the beginnings of his formation as a serious artist. Unlike other war photographs, Kertesz’s concerned themselves with the lives of soldiers away from the fighting. Part of Kertesz’s genius was his ability to cast attention on images seemingly “unimportant.” These subtle images of the moments of joy and contemplation away from the front were a revolutionary use of the newly invented hand-held camera.

Though he sold a handful of pictures to magazines and had a number of others made into postcards, Kertesz was not yet able to support himself with his newfound talent, so in 1918 he returned to the stock exchange. He remained there for seven years, supporting his recently widowed mother. Then, in 1925 he made the fateful decision to move to Paris. Excited about an opportunity to participate in the bohemian artist’s life, he worked as a freelance photographer. Working for dozens of different European magazines, Kertesz found Paris a welcoming and artistically inspiring place. Within a short time he met and made portraits of some of the great artists living in Paris, including Piet Mondrian, Marc Chagall, Alexander Calder, Constantin Brancusi, Sergei Eisenstein, and Tristan Tzara.

By 1927 Kertesz’s scenes of the streets of Paris were beginning to attract a great deal of attention, and he had his first show at an avant-garde gallery. His humor and subtle humanity seemed to personify even the stone walls of Paris. Throughout the 1930s he remained in Paris studying the people and their inhabitation of the streets, and the play of light and shadow that so dramatically filled the urban landscape. In 1936, after the death of his mother and his marriage to Elizabeth Saly, he moved to New York, where he had been engaged by the Keyston Agency. Though he canceled the contract only a year later, the progress of the war made his return to Paris impossible. Unable to leave and treated like an enemy by the government (which prevented him from publishing for several years), Kertesz was caught in tragic uncompromising circumstances. When the war ended Kertesz had lost the momentum of a supportive artistic community, but continued to live in the States due to health and familial considerations.

For nearly twenty years his gifts remained relatively unrecognized in New York. It was not until 1964, when John Sarkowski, curator at the Museum of Modern Art, organized a one man show that Kertesz’s career was reawakened. Over the preceding years, art photography in the United States made serious leaps and began to recognize the advances of earlier European artists. It was this renewed interest that eventually brought an otherwise forgotten genius back into the public eye. Throughout the 1970s and 1980s, Kertesz was shown regularly at the major international museums — having one-man shows in Paris, Tokyo, London, Stockholm, Budapest and Helsinki. In 1983 the French government awarded him the Legion of Honor, and the following year he passed away in his New York home. Very few artists are able to witness the formation of their own artistic medium. Kertesz was not only able to witness much of the beginnings of hand-held photography, but had a profound effect on it. With subtle and whimsical artistry, he took full advantage of a medium not yet sure of its own potential, and for that, contemporary photography remains in his debt. 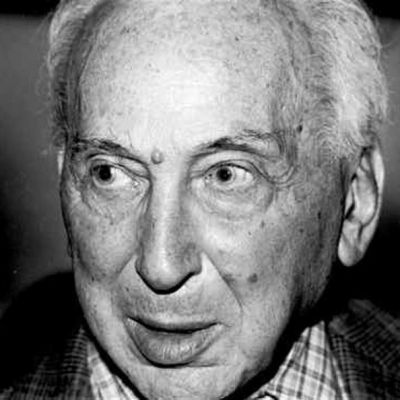