Mel Brooks: Comedy is a weird thing, it’s. Even though it’s it seems foolish and silly and crazy, comedy has the most to say about the human condition because it’s. If you laugh, you can get. You can get by somehow you can. You can struggle when things are bad, if you have if you can. Get a sense of humor. I’ve gotten I’ve gotten a lot of. Many, many letters where. People who have been very sick or had family that was very sick. And because they’ve watched some of my comedies, they’ve told me that people have gotten through very tough times or at least. They heard laughter from people who they thought would never laugh again. And so it was a good it’s a good thing, you know.

Speaker I don’t know. I mean, I’ve just I’ve always done what would what was exciting and interesting debate and.

Speaker There are things that. Make me laugh at that, don’t necessarily make anybody else laugh. When I was when I was doing a movie.

Speaker When I was doing a movie about a bet.

Speaker It was the name of the movie was Life Stinks, and I made a bet with another. I was a billionaire, I bet with another billionaire that I could live in the street for a month without any money. Just watch my my quick brains, my wit, my personality and I would get through. And if I got through without anybody’s money, without a penny and I would survive, I would win a bet with this other billionaire. And I would I would own some property. We were betting on. So anyway, it was what it was. It turned out to be a lot more difficult than I thought. And.

Speaker I did it. I actually did it for 30 days. I live with the help of some some wonderful people that I met at. Who kept me alive and helped me. And finally, I’m on the roof and I turn to God and I say, Oh God, thank you, thank you for forgetting me through this terrible, terrible worst. Absolutely the worst time of my life. I just want to tell you that. I’m so sorry I didn’t believe in you when I was rich. But thanks anyway. But that was a great. That was a very exciting. Wonderful. A little bit serious, but mostly very crazy and very funny and.

Speaker Dostoyevsky. Tolstoy, or or sometimes, you know, I’d be I’d be in love with. I don’t know, I’d be in love with stuff that. Wasn’t sitcoms that they just weren’t. They didn’t. I was more interested in human human behavior, human survival. And still wanted to be funny. And and I I made my life make making people laugh, even though a lot of it was disturbing and real instead of, you know, sitcoms and stuff like that. I never was interested in that job, even even get smart, which was crazy and silly. It still had to do with, I don’t know, human personality rather than than a normal then and then a sitcom. And that was a hard sell. That was a very hard sell. In fact, we did get smart with, you know, the wonderful Don Adams. And after a season one season, only NBC canceled it. And we were I was out of a job. And then they couldn’t find out. I don’t know. They didn’t find somebody to replace it. So they ran it. And other seasons. And it caught on and then they ran it in other seasons and it was a hit. And so for the next five years, money was coming in. And then I said, wow, maybe I can I can finish above a book that I was writing called Springtime for Hitler. And I was going to I was going to write this book. And I showed it to some friends and I showed it to some publishers. And I said, too much dialogue, not enough narrative. They said, maybe it’s a play. Good. So I turned springtime for Hitler into a play. And I took it to Kermit Bloomgarden, who did that of a salesman, and I had helped him rewrite a a show in Philadelphia and try to know where to go. But up was the name of it nearly. And Amelie was a hit. Try to help him. And I said, Kermit, how about this play? And he said, it’s too many sets. You’ve got too many places and it’s going to be too expensive. You know, the cliche is is once said five characters in there. I had thirty five sets and twenty eight car. He said it’s going to be too expensive. So I said, what do I do? He said, I think it’s a movie.

Speaker So I began to write. Springtime for Hitler as a moving. And I I went everywhere. Nobody wanted it. They said it was too crazy.

Speaker And then I met a guy called Sidney Glazier who had just done the Eleanor Roosevelt story, and he won an Academy Award for it. And there was a guy called Barry Levinson, not the Barry Levinson, who worked for me later. But a guy who worked for GHC for four, an agency, and he took me to meet Sidney Glazer and Sidney Glazer was eating. A tuna fish sandwich and a cup of coffee, you know. And in a big cup, cardboard cup. And he said, read it to me. So I began reading it to him. And when I got to do Springtime for Hitler, he got very excited. He fell down laughing and spit out the tuna fish. And he said, we’ve got to do it. We got to do it. So we went everywhere.

Speaker We went to Paramount, to Warner Brothers.

Speaker We’ve we’ve we went to Universal, said they might do it. They are interested in doing it, but they didn’t. They said if you could change.

Speaker Hitler and Mussolini will be better because people like Mussolini, they don’t like Hitler that much. I what do you really don’t get it? This is posted. These guys are putting on a flop, not a hit. Not to get a flop. They have to rave about Hitler. And people would walk out and then they’d raise too much money and they keep the money and forget it. And finally, Sidney introduced me to Joseph Levine. At that point, Josephine Levine was making movies for embassy. The movies were called Hercules and then Hercules Unchained and then Hercules, nearly Jaiden Hercules, Jane, to get all these Hercules movies making money. And he said he liked Springtime for Hitler. And he said, I’ll do it. So Cindy Glaser had a friend called Louis Wolfson who lived in Florida. Well, a company called Universal Marion, and he had money and he had won the Academy Award for the rover. He said sure.

Speaker So they come up with half a million. And Joseph Levine comes up with half a million. And we we start to make springtime for Hitler. And then Joe Levine calls and says it can’t be called that. I called all the Jews that own movie houses. And they said, no, you can’t. You’ve got to get another name. I said, OK, I’ll get another name. I’ll call it the producers. That’s ironic. And I did. 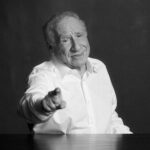 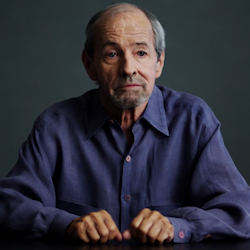 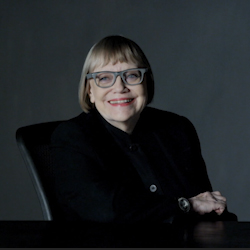 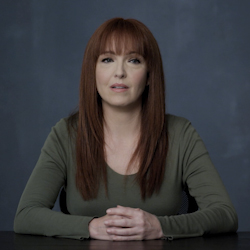 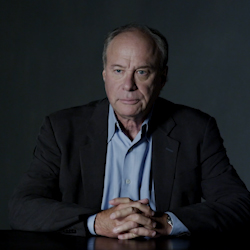 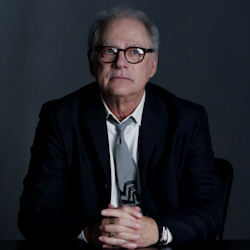