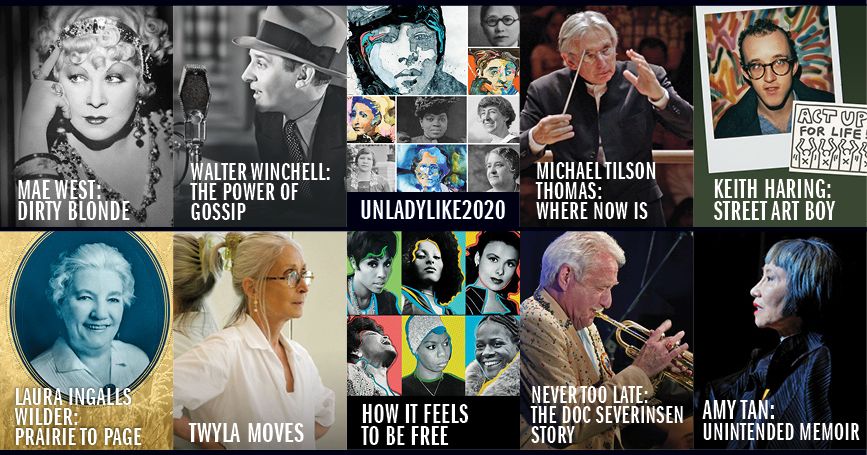 American Masters celebrates 10 documentaries as part of our Emmy®-nominated season in the category of “Outstanding Documentary or Nonfiction Series” at the 73rd Emmy Awards.

We congratulate Kathryn Bostic for her nomination as composer of Amy Tan: Unintended Memoir in the category of “Outstanding Music Composition for Documentary Series or Special (Original Dramatic Score).”

Thank you and congratulations to the talented filmmakers, producers, directors, partners and colleagues who make American Masters possible.

How It Feels To Be Free – Now Streaming

Rebel, seductress, writer, producer and sexual icon — Mae West challenged the morality of our country over a career spanning eight decades. With creative and economic powers unheard of for a female entertainer in the 1930s, she “climbed the ladder of success wrong by wrong.”

Walter Winchell: The Power of Gossip

Michael Tilson Thomas: Where Now Is

Award-winning conductor, pianist and composer Michael Tilson Thomas helped set the standard for American orchestras to champion modern American music. Tilson Thomas reflects on his tenure as a renowned music director, conductor, and composer who continues to mentor the next generation of classical musicians.

Decorating public spaces with graffiti and commercializing his iconic designs, Keith Haring revolutionized the art world. From his sleepy hometown to New York’s ’80s club scene to the AIDS crisis, previously unheard interviews reveal the creative energy behind one of the world’s greatest pop artists.

The author of the best-selling “Little House” series was 65 years old when her first book was published. Learn how a secret collaboration with her daughter on the books shaped American ideas of the frontier for generations to come.

Hear all the high notes of Doc Severinsen’s career — from his time as the colorful bandleader of “The Tonight Show Starring Johnny Carson” to his relentless schedule of touring and performing into his nineties. This master trumpeter won’t put his horn down any time soon.

Amy Tan is one of today’s most prominent American literary voices. Born to Chinese-immigrant parents, the writer of “The Joy Luck Club” draws from her family history, Asian American experience, and generational trauma to create best-selling works in both fiction and non-fiction.