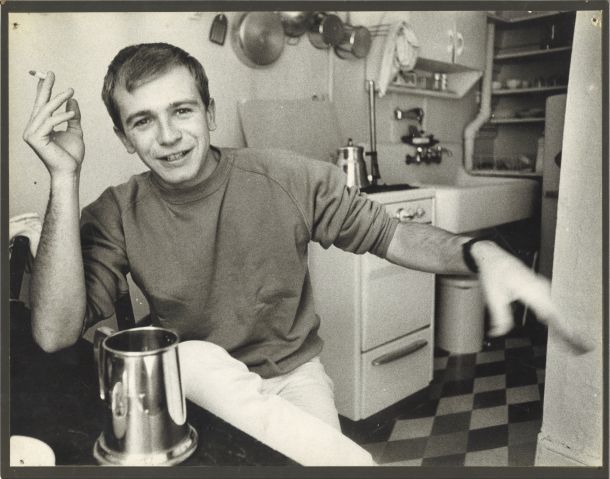 Throughout our broadcast season, American Masters tells the stories of cultural giants whose work has had a profound effect on American society. The American Masters team is pleased to share a curated selection of the latest discourse in arts and culture: here are six articles and essays we enjoyed in April.

For the April 14th issue, T Magazine published an anthology of fifteen original plays written with the prompt: “imagine America five years from now in 2024.” These plays range in topic from specific anxieties about the 2024 election to meditations on the universally familiar.  The online version of the America 2024 issue is interactive, featuring videos of actors —  including Nathan Lane and Kerry Washington — reading a selection of the plays, adaptations of the plays, and visual art that inspired the plays. Notably, America 2024 is dedicated to Terrence McNally, who wrote an original play titled “Muses of Fire” for the issue and who is profiled in the issue by Philip Galanes. American Masters — Terrence McNally: Every Act of Life airs on PBS June 14th at 9/8 pm central.

Last year, Elisa Gabbert realized that she knew the arc of many books in the western literary cannon but she hadn’t actually read the books themselves.  To address this, Gabbert and a few friends started a “stupid classics book club” to read short, canonical books (typically read in high school) that the group of friends had never gotten around to reading. In this essay, Gabbert details how reading three oft-referenced books — Farenheit 451 by Ray Bradbury, Frankestein by Mary Shelley, and The Strange Case of Dr. Jekyll and Mr. Hyde by Robert Louis Stevenson — transformed pop culture references into part of her lived experience.

In “Lost Translations,” Terena Bell explores the publishing world’s process for acquiring and translating foreign manuscripts into English. In theory, the simplest way to decide what books to translate into English would be for publishing companies to acquire each year’s best sellers across a diversity of languages. In reality, Bell explains, there are a variety of factors which limit publishers from acquiring books beyond those already published by European publishing houses including how closely countries are connected politically with the United States and publishing houses’ reliance on the antiquated acquisition process of attending book fairs.

From Marina Abramović to Carlos Martiel, a Tradition of Self-Harm in Performance Art Chris Dupuis

In this essay, author Chris Dupuis explores the evolution of violence in performance art. While earlier iterations of self-harm in performance art were used to shock and upset viewers, Dupuis argues that contemporary artists use self-harm subtly, employing the body as a material to convey their creative message and allude to historical religious art.

These High School Murals Depict an Ugly History. Should They Go?  Carol Pogash

In the mid-1930s as a Great Depression WPA project, artist Victor Arnautoff painted thirteen murals at George Washington High School in San Francisco depicting the life of George Washington. A few of paintings are gruesome, featuring slain Native Americans and enslaved black Americans. Almost a century later, these murals still line the halls of George Washington: many students of color feel dehumanized by the paintings while others feel that the historical context of the paintings is enough explanation for their content. It is too expensive for the school to take down and preserve the paintings. Author Carol Pogash explores the arguments for and against destroying the historic, controversial art.