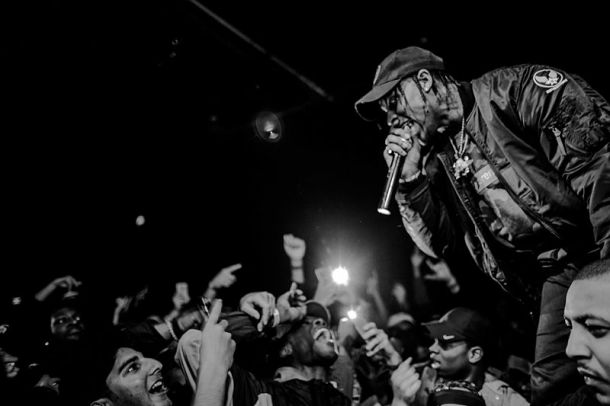 Throughout our broadcast season, American Masters tells the stories of cultural giants whose work has had a profound effect on American society. The American Masters team is pleased to share a curated selection of the latest discourse in arts and culture: here are six articles and essays we enjoyed in February.

In advance of Super Bowl LIII, many black entertainers and performers including Jay Z, Rihanna, and Cardi B called for a boycott of the NFL in response to the un-signing of Colin Kaepernick and the NFL’s mishandling of their players’ Black Lives Matter protests. In agreeing to perform at the Super Bowl LIII’s half time show, rapper Travis Scott physically and metaphorically crossed a picket-line within the black community. In this article, author Justin Tinsley explores the parallels between Travis Scott’s performance at Super Bowl LIII and other “betraying” appearances by black performers in the past — including Sammy Davis Jr. and James Brown. For more on Sammy Davis, Jr., check out American Masters — Sammy Davis, Jr.: I’ve Gotta Be Me airing on February 19th at 9/8 c.

In “The Clandestine Cultural Knowledge of Ancient Graffiti,” Michael Press explores the history of graffiti at cultural landmarks. For example, the writing on the walls at Pompeii — probably the most well-known historical graffiti — has given historians and archaeologists an unparalleled look into the Roman Empire. Press asks: when and why did graffiti become defacement?

In this essay, author Jesse Green reflects on classic children’s literature, examining themes of otherness, vulnerability and alienation from society in such popular books as Frog and Toad, Strega Nona, and Harriet the Spy. Green uncovers that many of the authors of popular children’s books from the mid-to-late 20th century were gay. Green argues that the themes of separateness in these classic children’s books reveal the deep sense of unbelonging experienced by both children and queer people alike.

The Obama Portraits Have Had a Pilgrimage Effect Kim Sajet

Reading in the Age of Constant Distraction Mairead Small Staid

In “Reading in the Age of Constant Distraction,” Mairead Small Staid reflects on the warnings proposed in the prophetic essays of Sven Birkert’s The Gutenberg Elegies (1994) such as the death of bookstores, the diminishment of sustained reading, and a new generation fully enchant by digital technology. While some of Birket’s worries for the digital age did not materialize, Staid focuses on the loss of introspective reading and argues for greater time spent alone with print literature.

In the early seventies, the New York City nightlife scene was mostly segregated: the burgeoning genre of Disco music catered to a both racially inclusive and gay friendly party scene. In “The First Days of Disco,” Hua Hsu highlights the influence of the (then) young music critic, Vince Aletti, in the popularization of Disco music for a mainstream American audience.